A captured ISIS fighter reportedly confessed last month that he was asked to be part of a terrorist plot to “cripple the [U.S.] economy” by illegally entering the United States from its southern border.

Abu Henricki, who has dual Canadian and Trinidadian citizenship but was living in Syria at the time, says he was recruited by ISIS leaders because he could speak English. He was then told he would be smuggled from Central America to the U.S. by taking advantage of the border crisis at the U.S.-Mexico border.

His handlers told him that the mission was to attack financial institutions in the country. Members of the International Center for the Study of Violent Extremism (ICSVE) interviewed Henricki last month in Rojava, Syria, where he remains imprisoned and their report was published Monday in Homeland Security

Abu Henricki is interviewed about his being recruited by ISIS to attack the U.S. financial sector, May 12, 2019. YouTube screencapture.

Interpol has previously reported that up to 173 ISIS insurgents were trained to attack European cities with suicide attacks.

Henricki reportedly went to Syria to fight with the ISIS forces there but was turned down for combat duty because he was chronically sick.

He said he was then imprisoned with his wife and was tortured: “They tortured me. They beat me a lot. [I was] suspended from the back, standing on my toes, given no food for a few days, waterboarded – while blindfolded, and they put a bag over your head. They found nothing on me, so I was released.”

By the end of 2016,  Henricki says he was approached by the ISIS intelligence network — known as emni — for a different kind of mission: violating the U.S.-Mexico border and preparing to execute terrorist attacks on American soil.

“They, what they will have, what they wanted to do, basically, is they wanted to do financial attacks. Financial attacks to cripple the [U.S.] economy,” Henricki told the ICSVE team. “Apparently, they have the contacts or whatever papers they can get to a false ID, false passports. They have their system of doing it. So that’s maybe the way that I could have gone out with other individuals. It wasn’t me alone. They were sending you to Puerto Rico and from Puerto Rico [to Mexico].” (RELATED: American ISIS Fighter Captured In Syria)

He says “the plan came from someone from the New Jersey state of America. I was going to take the boat from Puerto Rico into Mexico. He was going to smuggle me in,” according to Homeland Security Today. 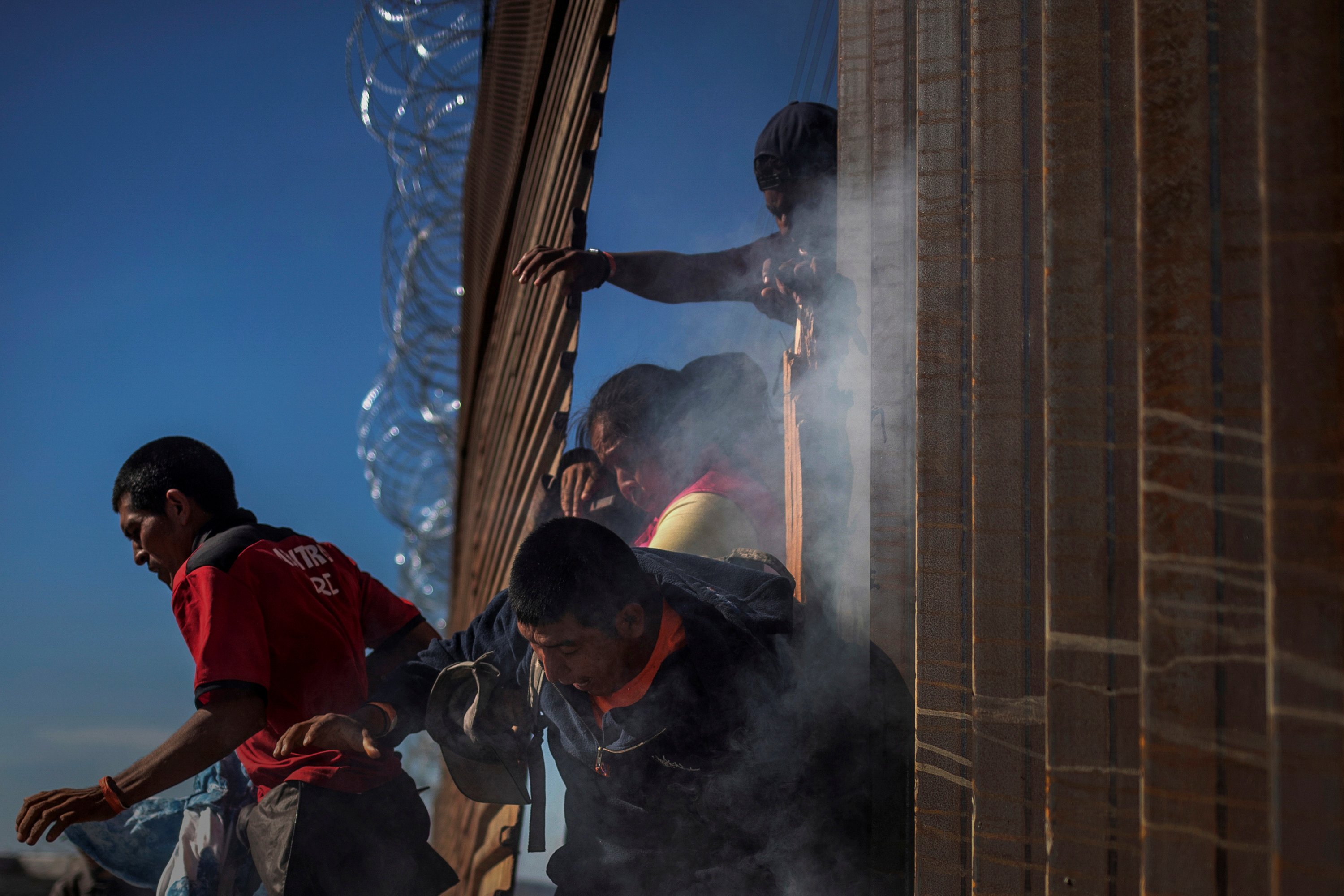 Migrants, part of a caravan of thousands from Central America trying to reach the United States, return to Mexico after being hit by tear gas by U.S. Customs and Border Protection officials after attempting to illegally cross the border wall into the United States in Tijuana, Mexico Nov. 25, 2018. REUTERS/Adrees Latif.

Henricki said it was his understanding that ISIS was aiming to attack the New York financial sector.

“They wanted to use these people because they were from these areas,” Henricki told the team, meaning the ISIS operatives could speak English and were familiar with North American landmarks.

He added that he was not the only Trinidadian recruited for the operation and that ISIS had sought commitments from others to “do the same thing.

The former ISIS fighter claims that he was never a willing participant in the terrorist plot.

“Please be advised, I was not willing to do it,” Henricki told his interrogators.  “But this is one of their wicked —one of the plans that they had — and which I would like to think I foiled the plan by not being part of it.”