Trenton Roger Garmon, 39, was arrested by Gadsden police and charged with driving under the influence of controlled substances, second-degree possession of marijuana, and possession of drug paraphernalia, Al.com reported. He was reportedly booked in the Etowah County Jail around 8 p.m. after police pulled him over. 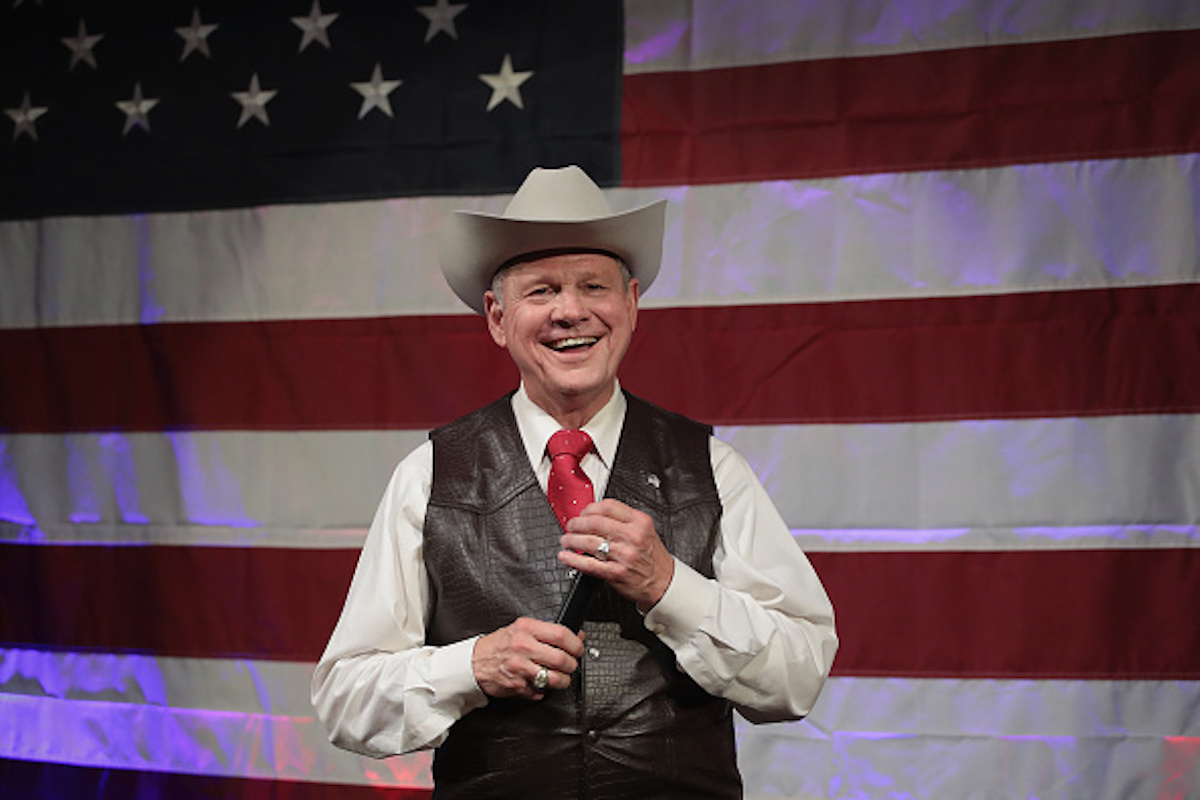 Republican candidate for the U.S. Senate in Alabama, Roy Moore, speaks at a campaign rally on September 25, 2017 in Fairhope, Alabama. (Photo by Scott Olson/Getty Images)

Garmon faced criticism in November of 2017 for trying to use MSNBC host Ali Velshi’s “diverse background” to dodge questions about Moore allegedly dating teen girls as a grown man.

This all comes as Moore has continued to hint that he would be taking another shot at Alabama Democrat Doug Jones’ Senate seat after losing to him in December 2017. (RELATED: Roy Moore Is ‘Seriously Considering’ Another Run For The Senate In Alabama)