Seattle Mariners outfielder Mitch Haniger was placed on the 10-day injured list Friday — one day after taking a foul bowl to the groin.

Haniger suffered a ruptured testicle against the Houston Astros during an at-bat in the third inning when a foul ball hit him in Thursday’s 8-7, 14-inning loss, according to the Mariners. He remained in the game following the incident.

#FridayFeeling RT @SBRSportsPicks: Mitch Haniger has been placed on the Mariners IL with a Ruptured Testicle… #MLB #FridayFeeling pic.twitter.com/gmHw7na8DA 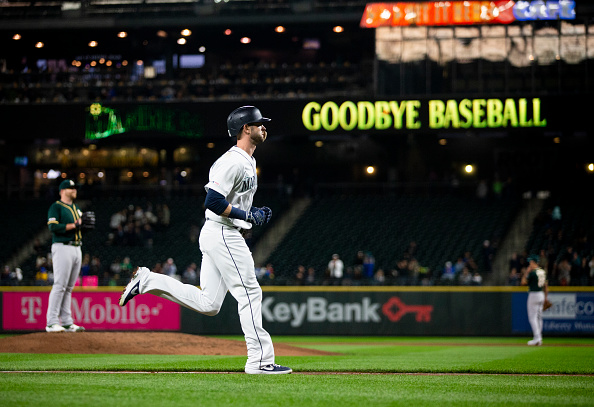 It’s unknown when Haniger, who was an all-star last year, will be back with the team. Former Mariner Adrian Beltre missed over five weeks with a similar injury about a decade ago.

Prior to the injury, he had accumulated 15 homers, 32 RBIs and 46 runs scored while batting .220 on the season.