British politician Boris Johnson hung up the phone when President Donald Trump tried to call him while in the U.K. last week.

The reason? He thought it was a prank.

“The person had a mild Irish accent and said, ‘This is the No. 10 switchboard, we have got the president of the United States for you. I am just going to patch you through to the White House situation room,'” Johnson told the Sunday Times. “Thinking quickly as I do, I said, ‘To all our listeners on Radio Kilkenny, I was not fooled for an instant.'”

When the British parliament member hung up and dialed No. 10 himself, “indeed it was the president.”

When the pair spoke, Johnson told the Sunday Times that Trump “not only wished me well but was very keen to intensify our economic co-operation and to do a free trade deal.” 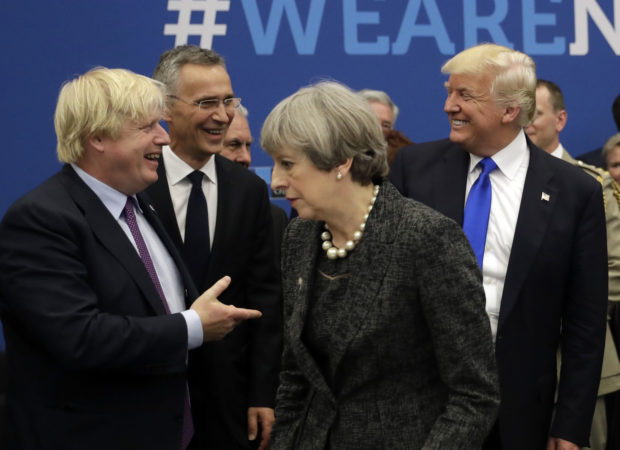 Trump was turned down by Johnson after he asked to meet in person during a “friendly and productive” 20-minute phone call, Politico reported. The British MP was reportedly preparing for a Tory leadership campaign event.

After Johnson left his post as British foreign secretary last year, Trump said the British politician would make a “good prime minister” and that he’s “got what it takes.” (RELATED: Piers Morgan Presents Trump With A Winston Churchill-Style Hat During Interview)

“He obviously likes me, and says very good things about me,” Trump said at the time.

Johnson, a member of Britain’s Conservative Party, is widely expected to contend for the post in the wake of British Prime Minister Theresa May’s resignation.