DALLAS — Former U.S. Ambassador to the United Nations Nikki Haley warned at an event Friday night that American politics is “reaching the point of hate.”

Haley was the marquee speaker at Turning Point USA’s Young Women’s Leadership Summit, where rumors and speculation about a possible Haley 2024 presidential campaign hung as a backdrop.

TPUSA President Charlie Kirk introduced her as the former U.N. ambassador and added coyly, “maybe other things in the future.” He was less subtle in his closing remarks, telling Haley he would “love” to see her become the “first woman president.”

During a 45 minute question-and-answer session with Kirk, Haley warned that the political climate is approaching dangerous levels of enmity.

“My concern really is the fact that when I hear how toxic the politics are — I believe in being passionate, I do. But when it gets toxic and I say that now it’s getting to where people are calling each other evil. They’re hiding behind anonymous things and they’re saying things that are really reaching the point of hate,” Haley said. 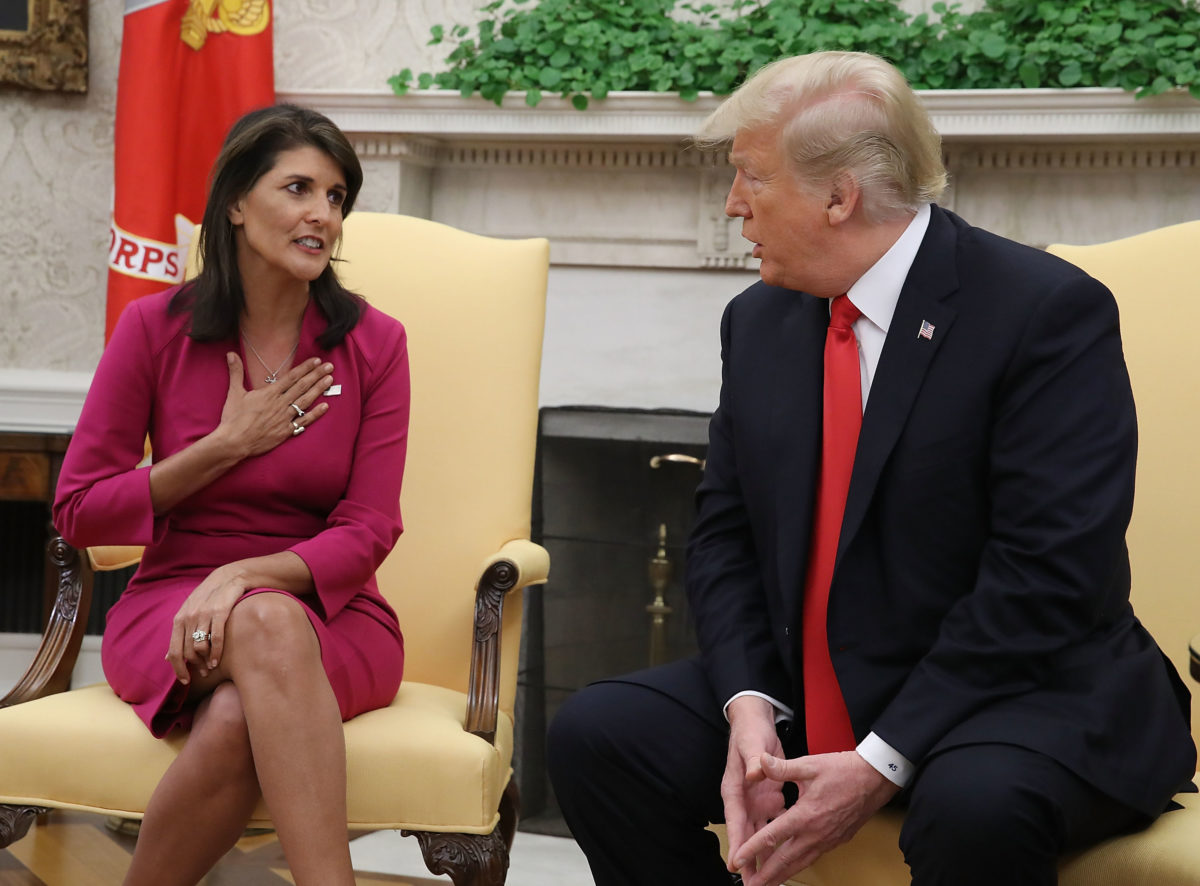 “When I hear them call each other evil, it bothers me because I’ve seen evil. I’ve been to the Democratic Republic of Congo, where they use rape as a weapon of war. I’ve been to South Sudan where they’ve taken babies from women’s arms and thrown them into fires. … That’s evil. What we’re having in our country is a debate of ideas. That’s it,” Haley said.

“And what I worry about is that Americans are forgetting to be grateful, because on our worst day we are blessed to be in America,” she added.

At another point in the discussion, Haley highlighted her response to “The View” host Whoopi Goldberg, who had attacked Haley for her position on abortion.

Whoopi “made my point, because she immediately started attacking the other side without listening to what I was trying to say. I wasn’t judging anyone. I wasn’t criticizing anyone. I was saying why I continue to fight,” Haley said.

I’m not going to get in the gutter with Whoopi on this, but listen to both of us and you decide. pic.twitter.com/vqcZOdNbuQ

Haley also plugged her new political group, Stand for America, which she said would offer answers to Democrats’ hard left push in the 2020 primary. (RELATED: Nikki Haley Takes Aim At Ocasio-Cortez, Omar And Sanders Over Venezuela)

She launched Stand for America in February, shortly after leaving the Trump administration, which immediately prompted speculation about her possible presidential ambitions.