The report, which tracks the number of mentions of 2020 presidential candidates made across popular cable TV news outlets, shows that Warren’s rise coincides with the decline of mentions of Independent Vermont Sen. Bernie Sanders.

CNN, Fox News and MSNBC reportedly mentioned former Vice President Joe Biden 1,702 times from June 2-9, which was by far the most for any of the 2020 presidential candidates. Warren, however, finished second in the same category after being named on the three news outlets 414 times. 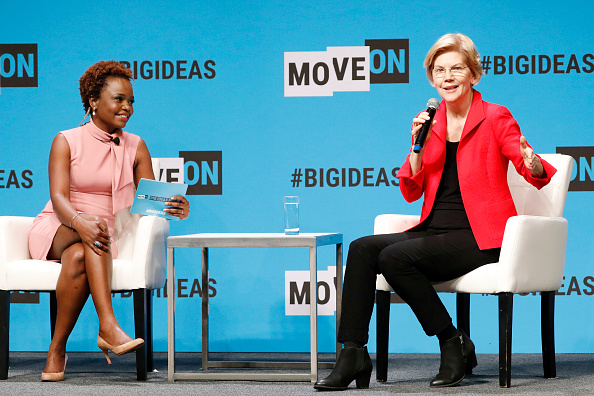 Candidates who round out the top five include Sanders, who received 341 mentions; California Sen. Kamala Harris, who received 194; and South Bend Mayor Pete Buttigieg, who received 191, which remains unchanged from two weeks ago to last week. Sander’s media mentions have dropped in each of the last four weeks, despite having been the most mentioned candidate prior to Biden’s entry into the race at the end of April.

The last two weeks during which Warren finished second in media mentions were the first times Sanders finished outside the top two since Biden announced his candidacy. (RELATED: Bernie Mentioned On Cable News Nearly Twice As Much As Any Other Candidate)

Warren’s increased presence is also apparent in the latest Des Moines Register from Saturday. Warren is the first choice among 15% of voters that were surveyed, the second choice among 14%, and 32% are “actively considering” her.

Similarly to media mentions, Biden was named as a first or second choice candidate by 36%, the most of any candidate. Following Biden and Warren, Sanders is third with 27% and Buttigieg at 24%.

The poll was conducted from June 2-5 and they surveyed 600 people that say they will “definitely or probably participate” in the party’s caucuses.