Google allegedly received several billion dollars in revenue in 2018 from scraping news publishers’ content without paying the publisher for that usage, according to a study published Monday, but the company hit back, calling its calculations “inaccurate.”

The Silicon Valley company increasingly relies on published news to drive consumer engagement with its products, the News Media Alliance noted in a study. There is between 16% and 40% of news in Google search results, the researchers noted. (Documentary About Google’s Power Might Be Changing The Conversation About Big Tech)

“News publishers need to continue to invest in quality journalism, and they can’t do that if the platforms take what they want without paying for it. Information wants to be free, but reporters need to get paid,” News Media Alliance President & CEO David Chavern said in a press release attached to the study.

“These back of the envelope calculations are inaccurate as a number of experts are pointing out. The overwhelming number of news queries do not show ads. Every month Google News and Google Search drives over 10 billion clicks to publishers’ websites, which drive subscriptions and significant ad revenue,” a company representative told The Daily Caller News Foundation.

Traffic from Google Search to news publisher sites has risen since January 2017 by more than 25% to approximately 1.6 billion visits per week in January 2018. News is becoming increasingly important to Google as consumers rely more on the tech titan for their information.

The number of unique monthly visitors to Google News in 2018 eclipsed that of major news outlets, according to the study. Chavern suggests Congress should provide a type of “safe harbor for news publishers” as it negotiates for better terms with Google, Facebook and other big tech companies. 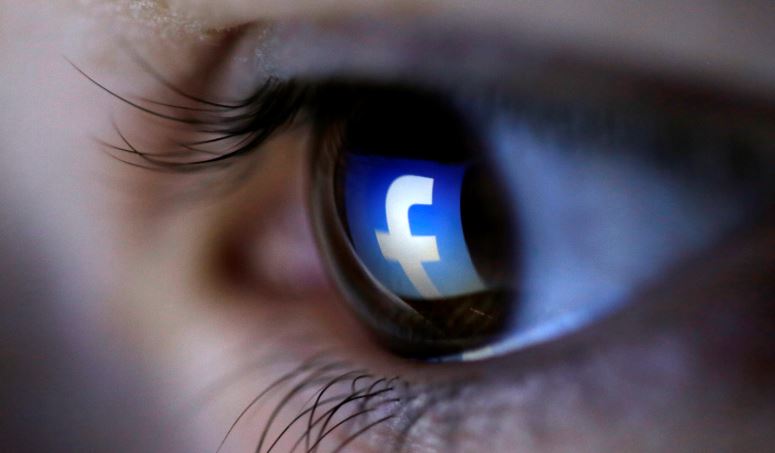 A picture illustration shows a Facebook logo reflected in a person’s eye, in ZenicaREUTERS/Dado Ruvic (BOSNIA AND HERZEGOVINA

The News Media Alliance also wants Congress to pass the the so-called Journalism Competition and Preservation Act, which would satisfy many of Chavern’s concerns. Democratic Rep. David Cicilline of Rhode Island introduced the bill in the House on April 3, while Sens. John Kennedy of Louisiana and Amy Klobuchar of Minnesota introduced a similar version in the Senate.

Meanwhile, media outlets are laying off staff at a breakneck pace. Verizon Media, which owns Yahoo and the HuffPost, slashed roughly 800 jobs, or 7%, of its global workforce in January. BuzzFeed also announced a move to cut 15% of its workforce, including jobs in journalism. Other media outlets followed suit that same month.

Digital outlets on the local, national and global level are struggling to keep up in an environment where information is shared for free across a slew of social media platforms, Eric Schiffer, the CEO of Patriarch Equity, told TheDCNF in January. Facebook has received a lion’s share of the criticism, especially from TheNYT, among others.

TheNYT’s coverage of Facebook has been almost exclusively negative since the 2016 presidential elections, according to tech researcher Joe Hovde, a full-time data analyst at Residual Thoughts. TheNYT ran ads on Facebook in early January giving users a step-by-step guide on how to slowly pull back from the Silicon Valley company’s platform.

EDITOR’S NOTE: This article has been updated to further reflect Google’s response to the study.