“This is a misinformed online post and the blogger intentionally misleads readers, misrepresents the grant application process and disregards key facts. DOT’s Chief of Staff does not offer technical assistance to grant applications, and no state receives special treatment from the Department. Our team of dedicated career staff does an outstanding job evaluating hundreds of applications for these highly competitive grant programs, a thorough process developed well before this Administration,” a DOT spokesperson told The Daily Caller News Foundation.

“Every single day, Kentuckians from across the Commonwealth contact me with their concerns. As Senate Majority Leader and a senior member of the Appropriations Committee, I am able to ensure that these issues — both large and small — are part of the national discussion. Kentucky continues to punch above its weight in Washington, and I am proud to be a strong voice for my constituents in the Senate,” McConnell told TheDCNF in a statement Monday. 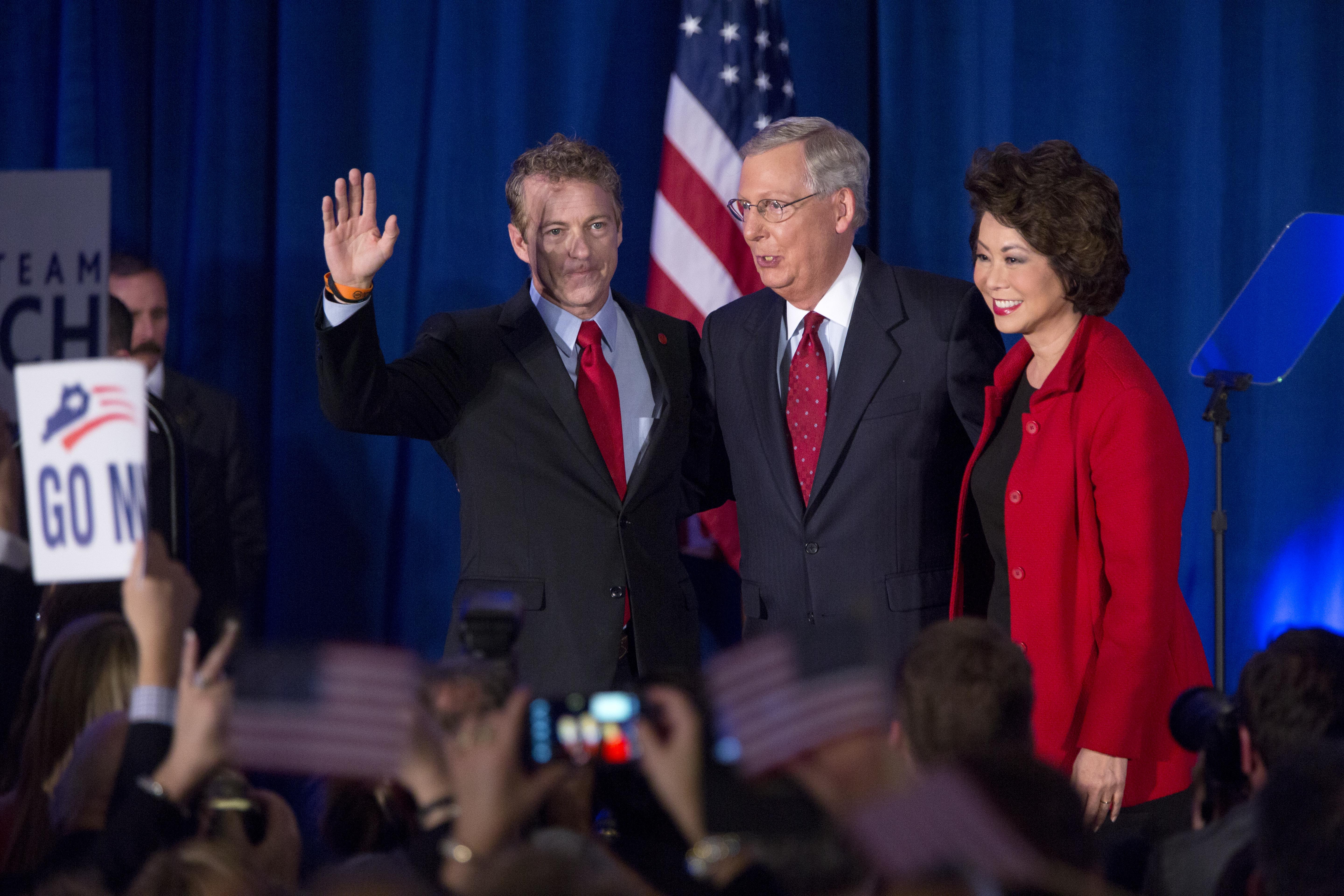 Under Chao, Kentucky received at least $78 million for projects as one of Chao’s lieutenants coordinated with McConnell’s chief of staff, reported Politico.

Chao allegedly requested her aide Todd Inman work with the senator and Kentucky leaders on grants, Inman said in an email, according to Politico. DOT said it maintains contact with congressional offices seeking discretionary grant funding as it has during previous administrations, but the department did not address whether Kentucky is the only state to receive this kind of privilege, as Politico stated.

“The Secretary has indicated if you have a [Kentucky]-specific issue that we should flag for her attention to please continue to go through your normal channels but feel free to contact me directly as well so we can monitor or follow up as necessary,” Inman wrote to McConnell’s chief of staff in 2017, Politico reported in February.

But DOT points out that it distributed 169 grants like the ones highlighted by Politico during the current administration, and only five went to Kentucky. In addition, Kentucky’s DOT funding has been proportional to its size under Chao: It’s 26th in population and 25th in DOT money.

“A few grants to one state have been selectively isolated to misrepresent the work DOT does across the country,” a DOT spokesperson told TheDCNF.

“The evaluation process, which is well known, originates with dedicated career staff thoroughly reviewing applications before senior review teams are involved,” a DOT spokesperson told Politico. “This evaluation takes thousands of hours across our discretionary grant programs. Similarly, a team of career staff handles cost-benefit and project readiness review. Discretionary grant programs are competitive and based on merit and how well the projects align with selection criteria.”

Politico’s story focused on an $11.5 million federal grant in 2018 for a riverport in Owensboro, Kentucky, a town of roughly 60,000 people. The riverport’s application had been denied twice before. But after McConnell’s office shared the Owensboro Riverport Authority CEO’s contact information with members of Chao’s staff asking for technical assistance for the grant application, Owensboro got its grant, reported Politico. 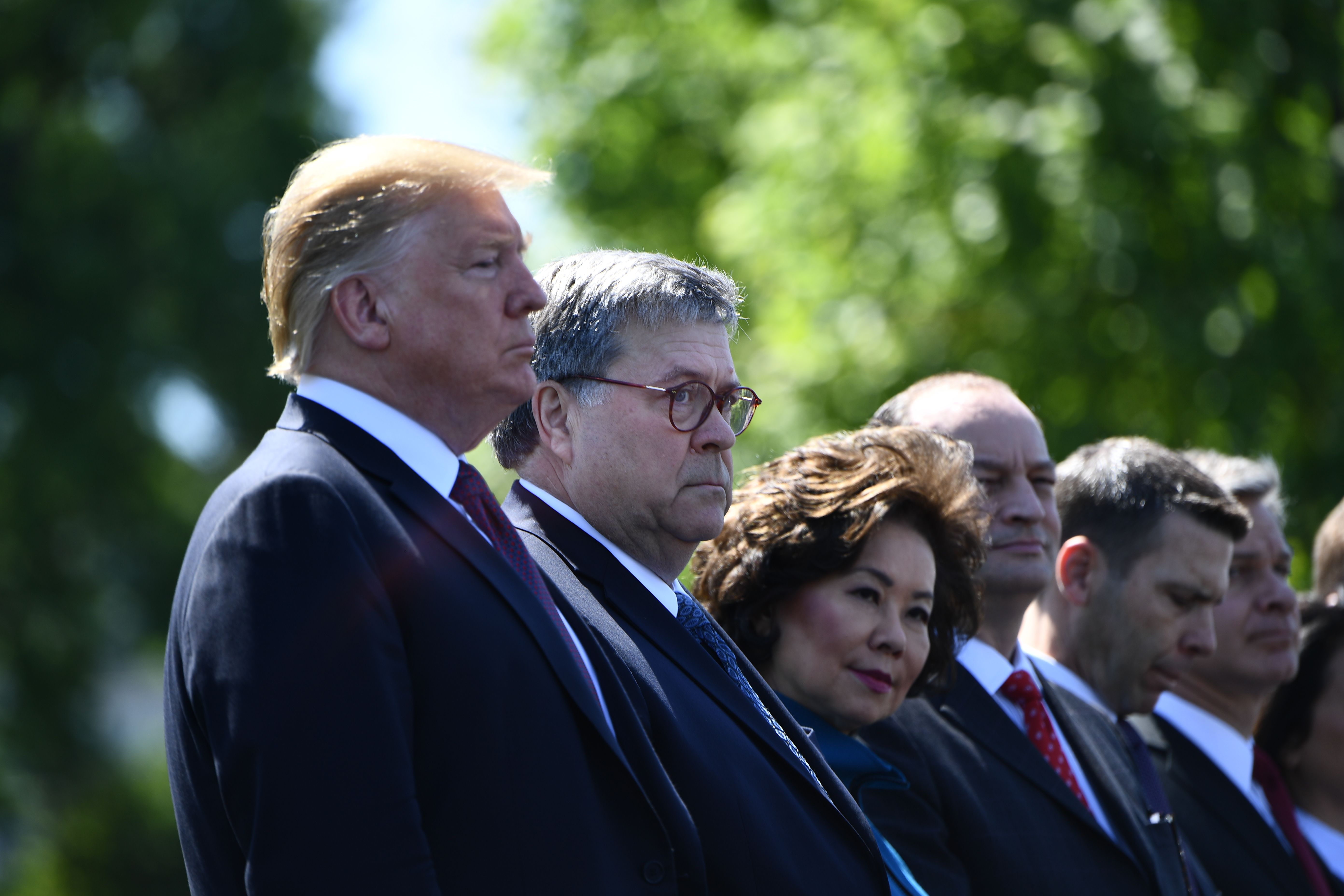 McConnell addressed the multimillion-dollar grant at a lunch with Owensboro’s mayor and other leaders days after announcing his 2020 reelection campaign in April.

“How about that $11 million BUILD grant? … Big things happen here. I can’t tell you how exciting it is for me to see what the [downtown] riverfront has spawned. Not only the project itself, but all around it. It’s done a lot to transform Owensboro, and I was really happy to have played a role in that,” McConnell said, according to the Owensboro Times.

The involvement of staff under Chao’s control in the Kentucky grants “should have been avoided from the start,” Scott Amey, general counsel at the Project on Government Oversight, told TheDCNF in a phone interview.

“Most of those decisions are generally made by career civil servants, so best practice would be to avoid getting involved at all in a grantmaking process, but certainly a grantmaking process that involved the state that your husband represents as a senator,” Amey said. “More than likely there’s no violation here, but there’s ethics rules and regulations that say to avoid even the appearance of a conflict of interest, and this is certainly one that’s raised questions.”

Chao’s reported directive for Inman to work with Kentuckians gave “a special advantage to projects favored by her husband, which could in turn benefit his political interests,” according to Politico.

Inman has lived in Owensboro and even ran for mayor there. He and Chao have met annually with a delegation from Owensboro since April 2017, according to Politico.

“I’m proud to work for the Secretary and it’s an honor to work at the Department of Transportation, especially as this Administration is prioritizing infrastructure investments and meeting with people from all 50 states to discuss their needs. Our team of dedicated career staff does an outstanding job evaluating hundreds of applications for these highly competitive grant programs, a thorough process developed well before this Administration,” Inman told Politico in a statement for Monday’s story.

Monday’s story was not the first time Politico went after Chao’s interactions with Kentuckians. A February story reported her office “has met at least 10 times with politicians and business leaders from the state in response to requests from McConnell’s office.”

The New York Times published a story earlier in June suggesting Chao “boosted the profile of her family’s shipping company” through her position at DOT. The Wall Street Journal in May said Chao had pledged to divest from a construction materials company even though that language was not in her 2017 ethics agreement.

Politico did not immediately respond to TheDCNF’s request for comment.

1
'It's Over': Atlanta Mayor Says Protesters Should Clear Out After 8-Year-Old Girl Shot And Killed
US
2
Leo Terrell: ‘Embarrassed To Be A Democrat’ After DNC Plays ‘Race Card’ With Mount Rushmore
Politics
3
Melania Wows In Stunning White Dress For Fourth Of July WH Celebration
Editorial
4
Police Officer Opens Fire During Altercation Over BBQ. The Video Is Absolutely Insane
Editorial
5
A 'Mini-Switzerland': This US State Is Becoming A Haven For Tax Evaders
US