The Vatican released a document Monday condemning modern gender theory for aiming to “annihilate the concept of ‘nature,'” and helping to “destabilise the family as an institution.” This is the Vatican’s first comprehensive document on gender theory.

The document questions the motives of transgender people, saying their gender transition is “only a ‘provocative’ display.”

“This oscillation between male and female becomes, at the end of the day, only a ‘provocative’ display against so-called ‘traditional frameworks,'” reads the document, which was published by the Congregation for Catholic Education. 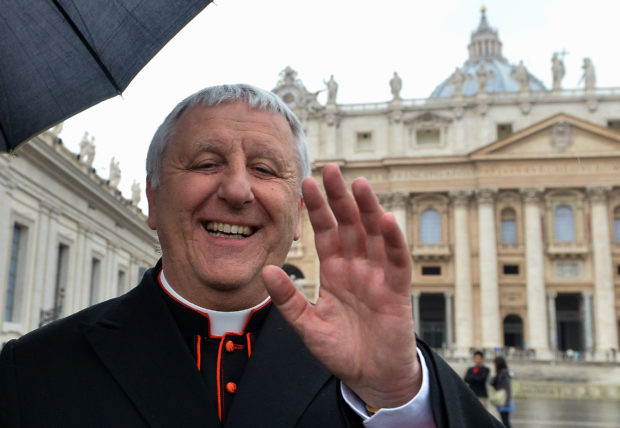 The Vatican asserts there is irony in transgender people’s gender transition and non-binary people’s gender ambiguity in that they “actually presuppose the very sexual difference that they propose to negate or supersede.”

In addition, the document, titled “Male and Female He Created Them,” blasts this “oscillation between male and female” for supposedly ignoring the suffering of people who live with biological sex disorders such as Klinefelter and Turner syndrome.

The Vatican blames what they see as a destabilization of the family on gender theory’s “tendency to cancel out the differences between men and women.” The document says that, according to gender theory, “the only thing that matters in personal relationships is the affection between the individuals involved, irrespective of sexual difference or procreation which would be seen as irrelevant in the formation of families.”

Different sexual identities are “often founded on nothing more than a confused concept of freedom in the realm of feelings and wants,” the document says.

Many Catholic LGBTQ activists immediately fired back against the document.

In a statement to the Daily Caller, Marianne Duddy-Burke, executive director of DignityUSA, one of the most prominent organizations for LGBTQ Catholics, which is banned from all Church property, said, “Although presented as a call for dialogue, this statement reinforces the Vatican’s entrenchment in a simplistic and outdated ideology of biological determinism.”

“The Vatican’s stubborn refusal to reconsider its stale vision of gender complementarity as the exclusive basis for human identity and relationships in the light of decades of contrary scientific findings and personal testimony from millions is tragic,” said Duddy-Burke.

The Vatican’s document proposes an understanding of complementarity between men and women that finds its fruition in the family: “The family is the natural place for the relationship of reciprocity and communion between man and woman to find its fullest realisation.” 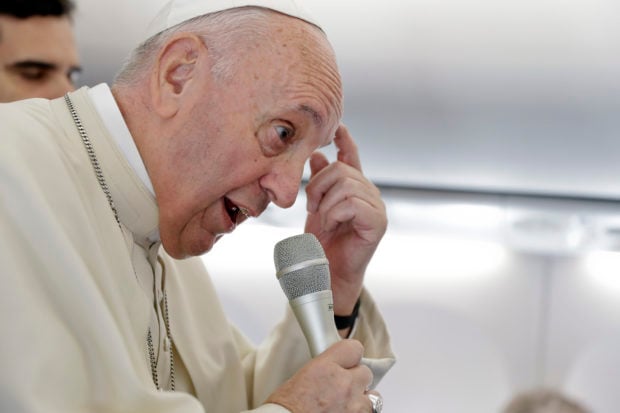 Pope Francis, who did not sign the document, talks to reporters during a press conference aboard the plane taking from Sibiu, Romania back to Rome. (Andrew Medichini/AFP/Getty Images)

The document uses science to back up “sexual dimorphism” — the view that there is a sexual difference between men and women. “From the point of view of genetics, male cells (which contain XY chromosomes) differ, from the very moment of conception, from female cells (with their XX chromosomes),” it says. Genetics, endocrinology, and neurology are also mentioned as fields that demonstrate an inherent difference between the sexes.

In providing a solution to what it sees as the errors of gender theory, the Vatican says: “There is a need to reaffirm the metaphysical roots of sexual difference, as an anthropological refutation of attempts to negate the male-female duality of human nature, from which the family is generated.”

Duddy-Burke added that “it feels especially cruel and insensitive for this statement to be released as people all over the world are marking the 50th anniversary of the Stonewall rebellion, a pivotal moment in the LGBTQI movement for visibility, respect, and equality.”

However, conservative Catholics celebrated the move.

Mary Rice Hasson, the Kate O’Beirne fellow in Catholic Studies at the Ethics and Public Policy Center, tweeted, “Clear, strong document from the Vatican on gender ideology. We are created male and female. Period.”