The Vatican rejected the idea that a person’s gender can be changed, responding to what Catholic officials are calling a “crisis” regarding sex education.

“Male and Female He Created Them” states that choosing one’s gender is in “direct contradiction of the model of marriage as being between one man and one woman.” The document’s release coincides with Gay Pride Month, a celebration in June for the LGBTQ community.

Understanding “cultural events of recent decades” is important to the church, but the document states there is a “disorientation” that has resulted in a sex education crisis, The Washington Post reported.

“It is precisely within the nucleus of the family unit that children can learn how to recognize the value and the beauty of the differences between the two sexes,” the document stated. (RELATED: Conservative Catholics Are Worried About The Vatican’s Likely Pick For DC Archbishop. Here’s Why)

LGBTQ activists expressed frustration at the Vatican’s official stance on transgender people. Father James Martin, a Jesuit who advocates for the church to welcome LGBTQ followers, pointed out issues with the statement.

Breaking: Vatican document takes aim at “gender theory.” It rightly calls for “dialogue” and “listening,” but sets aside the real-life experiences of LGBT people. Sadly, it will be used as a cudgel against transgender people, and an excuse to argue that they shouldn’t even exist. https://t.co/UMAIKitD9w

Pope Benedict XVI gave a speech in 2012 about the Vatican’s position on choosing one’s gender, but this is the first official printed document that aims to represent the Vatican’s official modern position, CBS News reported.

The Catholic church has traditionally taught there are two genders and that a marriage is between a man and a woman. 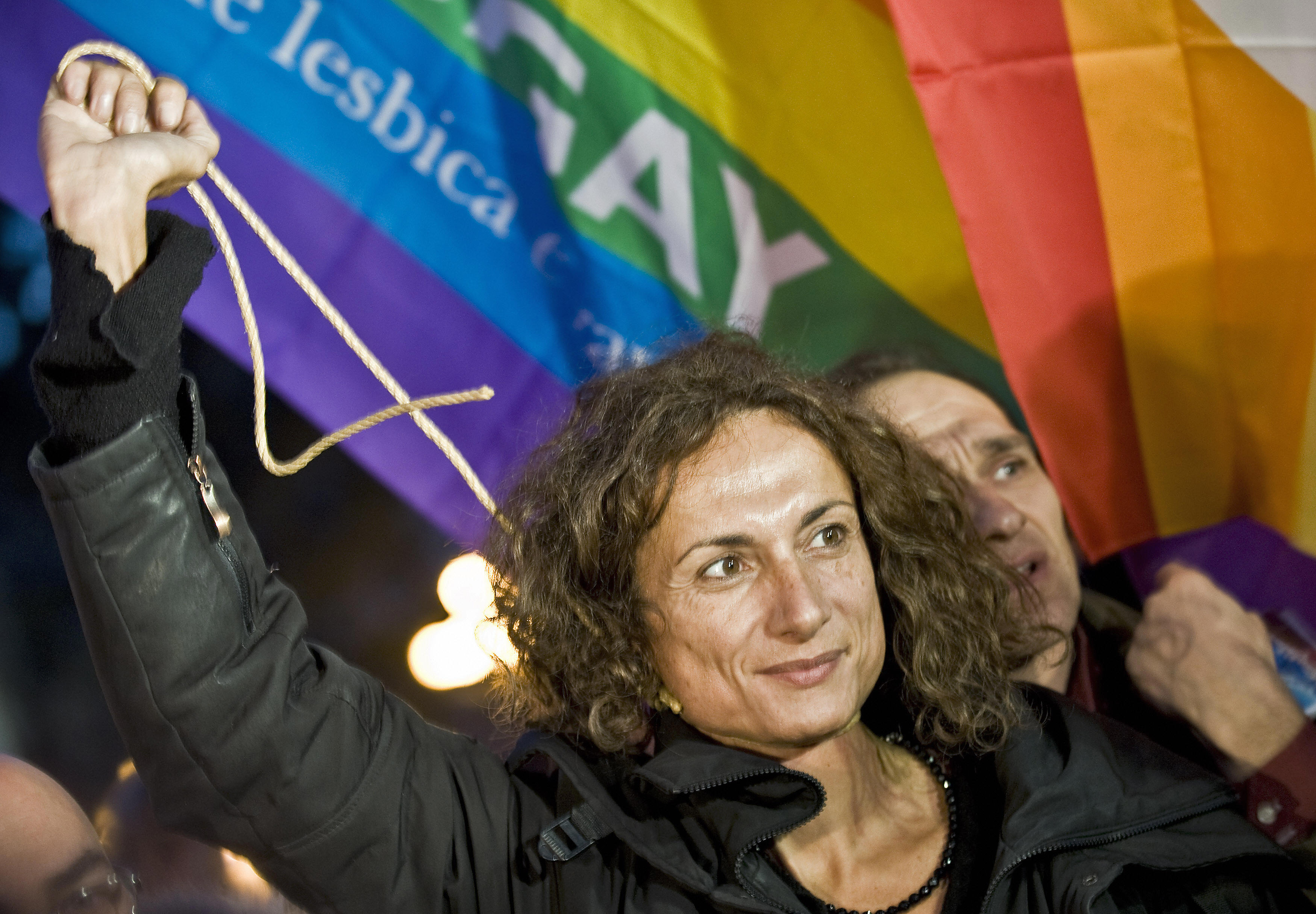 Italian Deputy Vladimiro Guadagno, Italy’s first trans-gender member of parliament, takes part with demonstrators to a sit-in in St Peter’s Square at the Vatican to slam the Vatican for its opposition to a UN resolution that would decriminalize homosexuality worldwide. (ANDREAS SOLARO/AFP/Getty Images)

Pope Francis said he is interested in reaching out to LGBTQ followers, but has also said children in schools should not be taught that “everyone can choose his or her sex.” Society should give “positive and prudent sexual education” within Catholic schools to allow children to learn the “full original truth of masculinity and femininity,” according to the text.

The document was signed by Cardinal Guiseppe Versaldi and Archbishop Angelo Vincenzo Zani. It was not signed by Pope Francis.

The Vatican did not immediately respond to a request to comment.