Four Virginia Democrats disclosed that they received donations from Gov. Ralph Northam’s political action committee despite having called for his resignation earlier this year, according to campaign finance data from Virginia Public Access Project.

Northam faced calls to resign in January and February after a decades-old yearbook photo of Northam resurfaced and it showed two men, one in blackface and the other in Ku Klux Klan garb. At one point he acknowledged responsibility for the photo before eventually claiming it wasn’t him.

Despite joining those calls for Northam’s resignation, incumbent Democratic state delegates Kelly Fowler, Dawn Adams and Schuyler VanValkenburg all took $5,000 contributions Northam’s The Way Ahead PAC, which was first reported by The Washington Free Beacon. 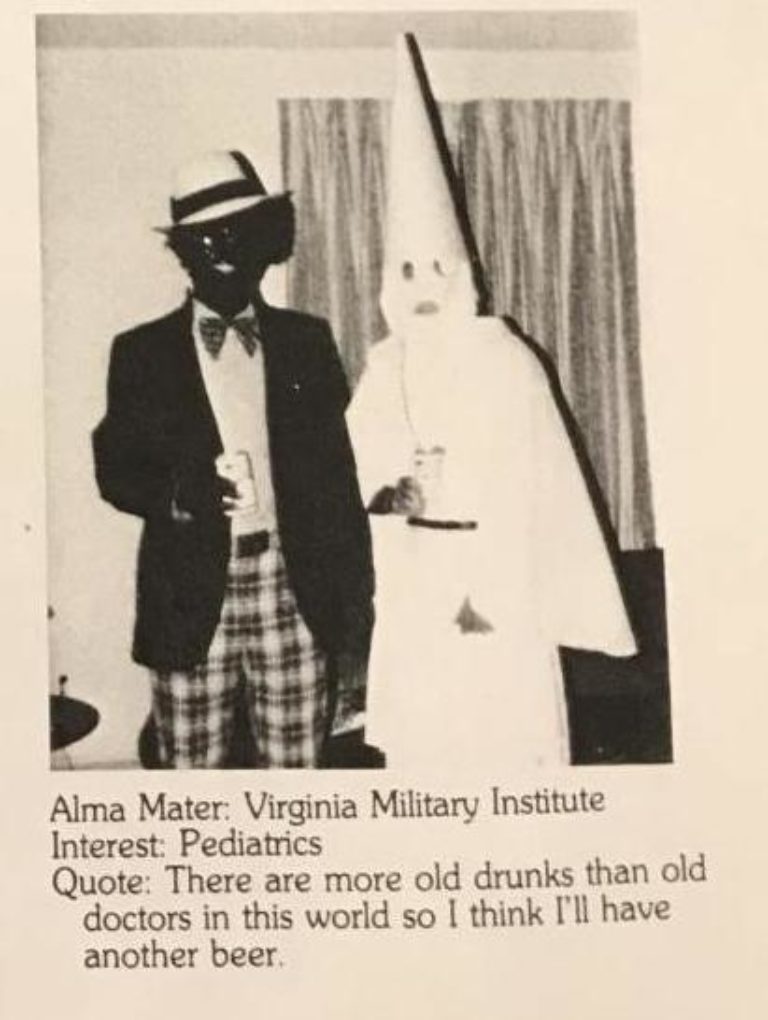 A photo Gov. Ralph Northam’s 1984 medical school yearbook of him.

“As elected officials, we are held to a high standard and must do what is best for those we represent,” Fowler told The Nation amid the initial outrage following the photo’s rediscovery. “We cannot normalize racist attitudes or blame faulty memories. Anything less than resignation is unacceptable.”

Adams, the state’s first openly lesbian member of the legislature, also called for Northam’s resignation days after Fowler. VanValkenburg suggested that Northam “lost the confidence” of Virginia and called for him to step down. (RELATED: Big-Name Democrats Call On Northam To Resign Following Racist Yearbook Photo Controversy)

Delegate John Bell, who is now running for the state senate, said the same thing. He accepted a $15,000 contribution from Northam.

Virginia Democrats are looking to take control of all three branches of the state government for the first time in over two decades.