MOOD: “I thought someone stole my phone off table and panicked at McDonalds after I was gone for 10 seconds to get refill. I went to the wrong table.” — Cameron Cawthorne, media writer, Washington Free Beacon.

“I just had my first anti-LGBT experience at work -in 15 years- and I am frustrated but it passed. I survived. There. It happened. You got me.” — Chad Felix Greene, senior contributor, The Federalist.

“So I am on, ironically, a ‘Diversity’ committee. My org scored lower on an LGBT ‘equality’ test thing. So I offered some input. We should do outreach on HIV since its highly prevalent in our area and relevant to our field (medical).”

“A woman there snapped that she did not think we needed to be shoving rainbows in people’s faces and if she saw a poster about HIV she ‘wouldn’t go anywhere near the place’ as she ‘people don’t want to share a room with an HIV+ person.’ I calmly informed her she was currently.”

“Then an older guy in leadership said ‘I didn’t join this committee to talk about that kind of stuff!’ This with me being who I am and offering a nice middle ground approach to LGBT ‘inclusion’ in the workplace.”

“About that @Axios poll on socialism today … they haven’t released the “crosstab” data, we don’t know the wording of the question and we have no clue about the poll’s methology, sample size or margin for error. I asked them for this 2-1/2 hours ago. Nada.” — David Martosko, U.S. political editor, Daily Mail. Read the story here.

In other Hall Monitor news…

“I’m amazed at how some reporters & political aides blow off the national anthem at campaign events. Just now, a Sanders aide wearing his hat during it, Warren aides sitting on the floor, a guy with a Corey Booker staff credential lying on the floor. A dozen reporters in chairs.” — Martosko.

A note on live news coverage…

“Live news coverage after some sort of crash or disaster is always bizarre and awkward and part of me thinks news orgs should just alert the public and wait 20-30 minutes before talking about it. (I GET WHY THEY DON’T WAIT SO YOU DON’T NEED TO EXPLAIN IT TO ME)” — Yashar Ali, HuffPost, New York Mag.

Dave Weigel frets about never being home to sign for packages

“Ah, that warm feeling when you know you’re going to eventually have to figure out where the UPS depot is because you will absolutely never be home to sign for a package. Who are these people can be home to sign for packages? Maybe I can pay one of the guys in my neighborhoods who steals stuff off porches to do me a solid.” — Dave Weigel, reporter, The Washington Post.

“I think our dumbest mass delusion is that anyone is informed by cable news.” — Oliver Willis, reporter, ShareBlue.

“I’m not suggesting anyone “choose” to hate their body, BUT if you haven’t pulled off the PCH and thrown up with your gf bc you both felt fat and then washed the vomit as it glimmers in the moonlight off the other’s blood-red lips, baby, you haven’t lived. Speaking as someone who has had eating disorders as long as they can remember and who in the last 4 years has spent the cost of a rather nice midsize Japanese sedan on boutique fitness, sometimes ‘wellness’ is good!” — Ben Dreyfuss, editorial director, Mother Jones.

“Biden in DC tonight, per pooler @alexi‬⁩: ‘One of my competitors criticized me for not going to Iowa to talk for 5 minutes. … My granddaughter was graduating. It was my daughter’s birthday. I would skip inauguration for that.'” — Katie Glueck, politics reporter, NYT.

Apropos of everything and nothing: “Extreme déjà vu this morning.” — Ben Smith, digital comms, formerly with Washington Examiner and Daily Caller.

“Hi friends, as of today, you can send me tips at @ashley.feinberg@slate.com but do NOT send me bad tips because I do not want those ones.” — Ashley Feinberg, formerly with HuffPost.

“Your podcast is probably a bad idea. You’ll put out hours and hours of content for ten people and your mother to listen to, and if you ever do get famous enough down the road, people will trawl through it all and dredge up every ill-considered idea you ever had.” — Jon Levine, TheWrap.

“I opened this @Twitter account 10 years ago today. This can be an awful place—but it has changed my life immeasurably. It quite literally altered my career and brought countless friends into my life. Thanks for the follow, as they say, and for reading my words here and elsewhere.” — Jamil Smith, writer, Rolling Stone.

“Sometimes I wish I was smarter. Other times I notice how miserable all the smart people are. And I’m like nah I’m good…being dumb is dope.” — Pardes Seleh, YouTube personality, former scriptwriter at Fox News, former writer for Mediaite.

Woman admits her husband knows who Swalwell is

“I learned today that my husband actually knows who Eric Swalwell is which I think makes him one of maybe 100 people outside Swalwell’s district who can say that.” — Liz Mair, communications strategist.

“Help I dreamed about writing print headlines and that’s not even my job. You should get overtime pay if you dream about work.” — Elahe Izadi, pop culture writer, The Washington Post, stand-up comedian.

Unpleasant poop in D.C. — “It’s getting to the point where DC is going to need it’s own poop-spotting app. Never seen so much poop on the streets here before.” — Shoshana Weissmann, digital media manager, R Street Institute.

Twitchy takes CNN’s Brian Stelter to task for attacking anyone who spreads rumors about presidential hopeful Joe Biden‘s health. Stelter has made a point of questioning Trump’s mental health at every turn. Twitchy asks, “Anyone have a mirror handy?” Here.

This journo led a double life: Tech reporter by day, grown man who solicited sex with children by night. Here.

What the hell Meghan McCain? 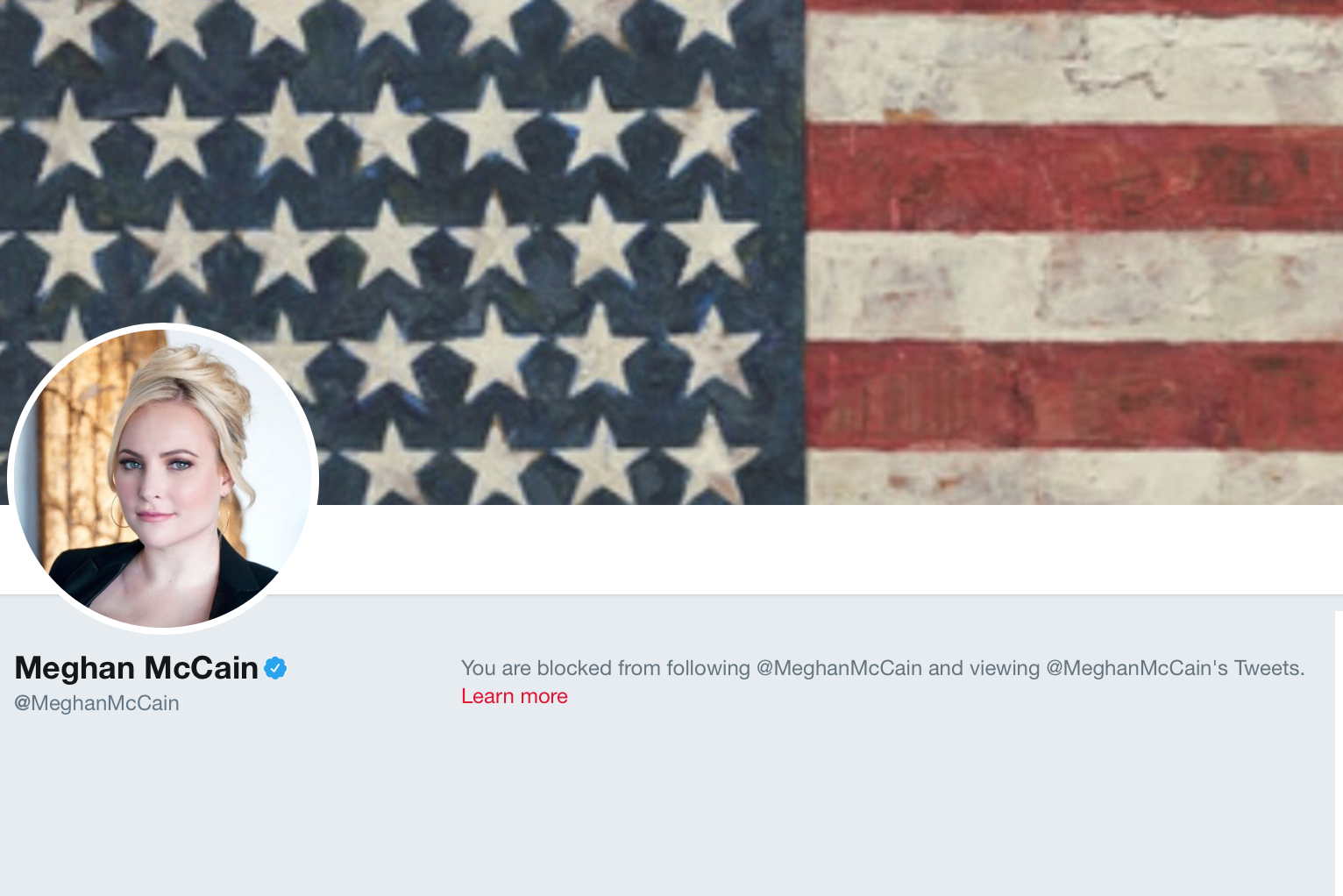