Hume reminded Carlson that Dean had been a player in questionable affairs before Watergate. (RELATED: Brit Hume Takes On NBC Reporter And Obama Adviser Over Kamala Harris Coverage) 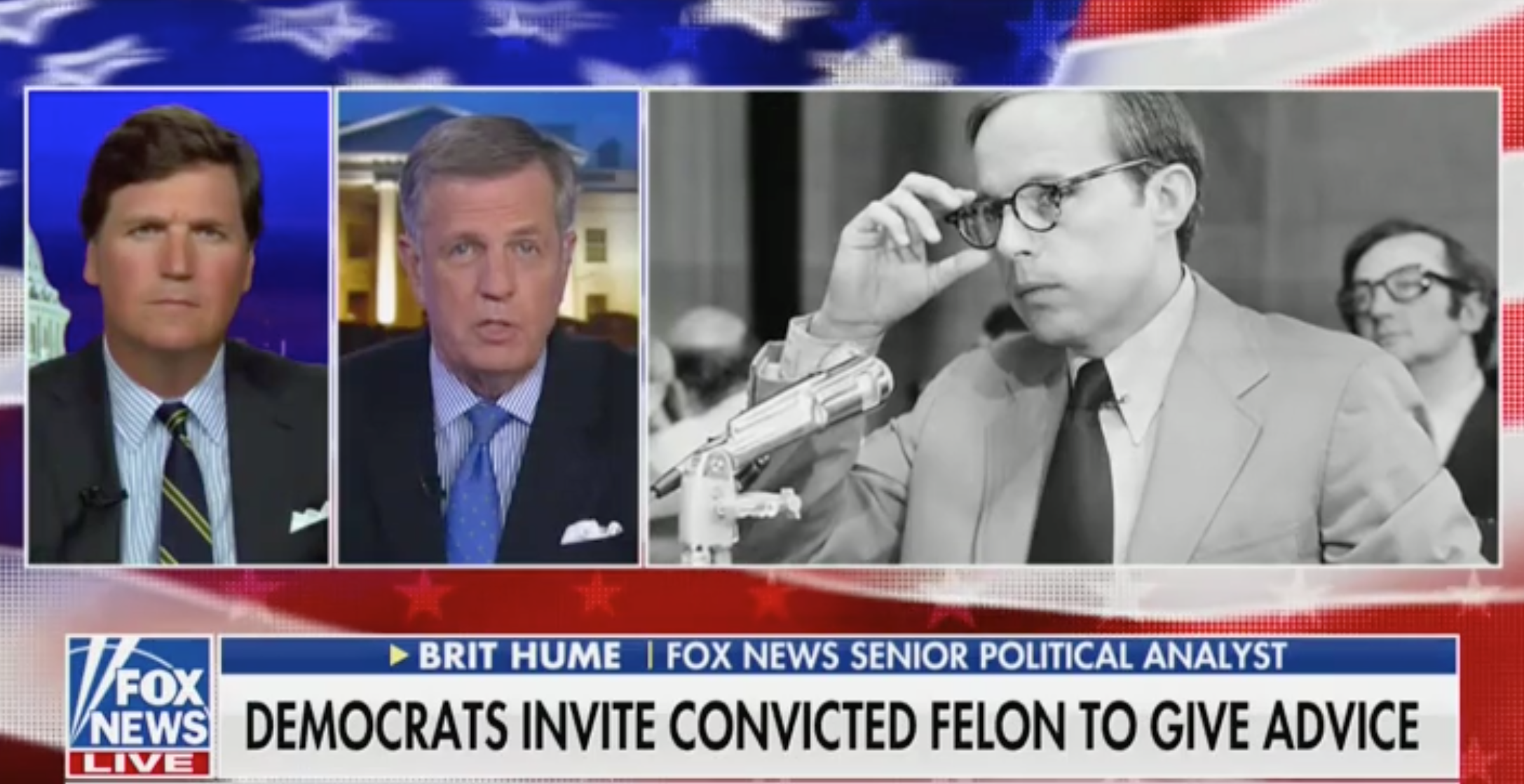 “John Dean is, as you pointed out, a convicted felon who did time for obstruction of justice,” Hume began. “He was — you know, he wasn’t really a Watergate coconspirator. He was the mastermind, and before he was the Watergate cover-up mastermind, he was also the mastermind of the cover-up of the I.T.T. Dita Beard scandal which preceded Watergate a story, which I did a lot of work on.”

Hume pointed out that the International Telephone and Telegraph (I.T.T.) scandal hinged on a memo that Dean had attempted to hide.

“And in the course of doing that the FBI found that this particular memo that set off the whole scandal was authentic,” Hume said. “Dean tried to get the FBI to change the letter asserting its authenticity. That is the sort of chap John Dean was and as best we can tell that’s the sort of chap he is.”

Hume went on to argue that the House Democrats’ decision to use Dean as a witness didn’t really make sense. He conceded, however, that they had brought former Trump attorney Michael Cohen — who had also been convicted of lying to Congress — to testify in an earlier hearing, as well.

“So, do you think Bernie Madoff will be testifying before house financial services on investment reform?” Carlson asked. “I guess what you are saying it’s a little odd to see John Dean giving America lectures about ethics?”

Carlson then suggested that perhaps CNN was willing to overlook Dean’s history because he was willing to sit before Congress and claim that President Donald Trump is worse than Nixon.

“Saying things are worse than Watergate is something that John Dean has been doing for some time,” Hume pointed out. “He said that about George W. Bush. … It’s what he does. I guess he has gotten himself on television doing that but it doesn’t really add up to much of a reason to take him very seriously.”