“I think the cold, hard reality is, even though almost none of my members were enthusiastic about the prospect of tariffs, you have to give the president credit — it worked,” McConnell said, according to Politico.

A number of Republicans in the Senate stood with Trump’s decision to threat to threaten Mexico with tariffs after several party members spoke out against it. McConnell said “there is not much support” in his “conference for tariffs” and that he hoped tariffs would not be implemented last week. Other Senators also decided to speak out against Trump’s threat. 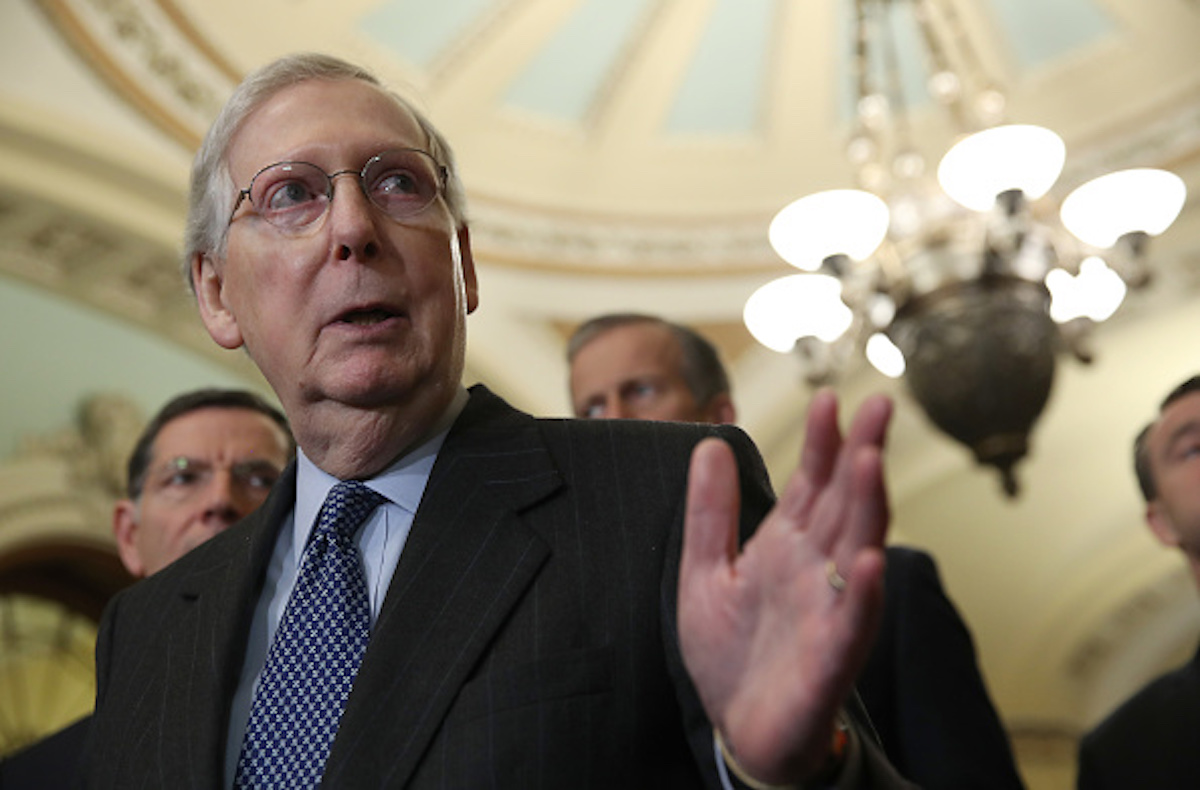 McConnell’s change in position comes after Trump signed an agreement with Mexico Friday night to suspend tariffs that were set to take effect Monday. In exchange for suspending the tariffs, Mexico agreed to help the U.S. with illegal immigration. (RELATED: Here Are The Republicans In Congress Standing With Trump Over Mexico Tariff Threat)

Republican North Carolina Sen. Thom Tillis was one of the Republicans who originally defended Trump’s move during an appearance Tuesday on Fox News, saying, “I think it’s more likely the tariffs go on” and that it would be “foolish” for Republicans to try to block the presidents move.

“I don’t think they’ll do that. If they do, it’s foolish. There is nothing more important than borders,” he continued.

Another senator who supported Trump’s proposal to apply tariffs to Mexico, is Alabama Republican Sen. Richard Shelby. He told reporters on Capitol Hill he is “not a tariff man,” but he thinks “if it leads to a better trade agreement,” then he “can understand his strategy.” Shelby also said, “Well, if it doesn’t work you are right where you are. Probably have nothing to lose.”

House Minority Leader Kevin McCarthy defended Trump, according to the president, who tweeted a quote attributed to McCarthy.