Forty future U.S. military officers were selected by Our Soldiers Speak (OSS) to take part in a once-in-a-lifetime experience, traveling to Poland and Israel to study strategy, policy and culture through the lens of the U.S.-Israeli relationship.

Cadets hailing from three American military academies — West Point, the Virginia Military Institute and the U.S. Air Force Academy — began by touring the Warsaw Ghetto in Poland. From there, they went to the Nazi death camps of Auschwitz and Birkenau before traveling to Israel. 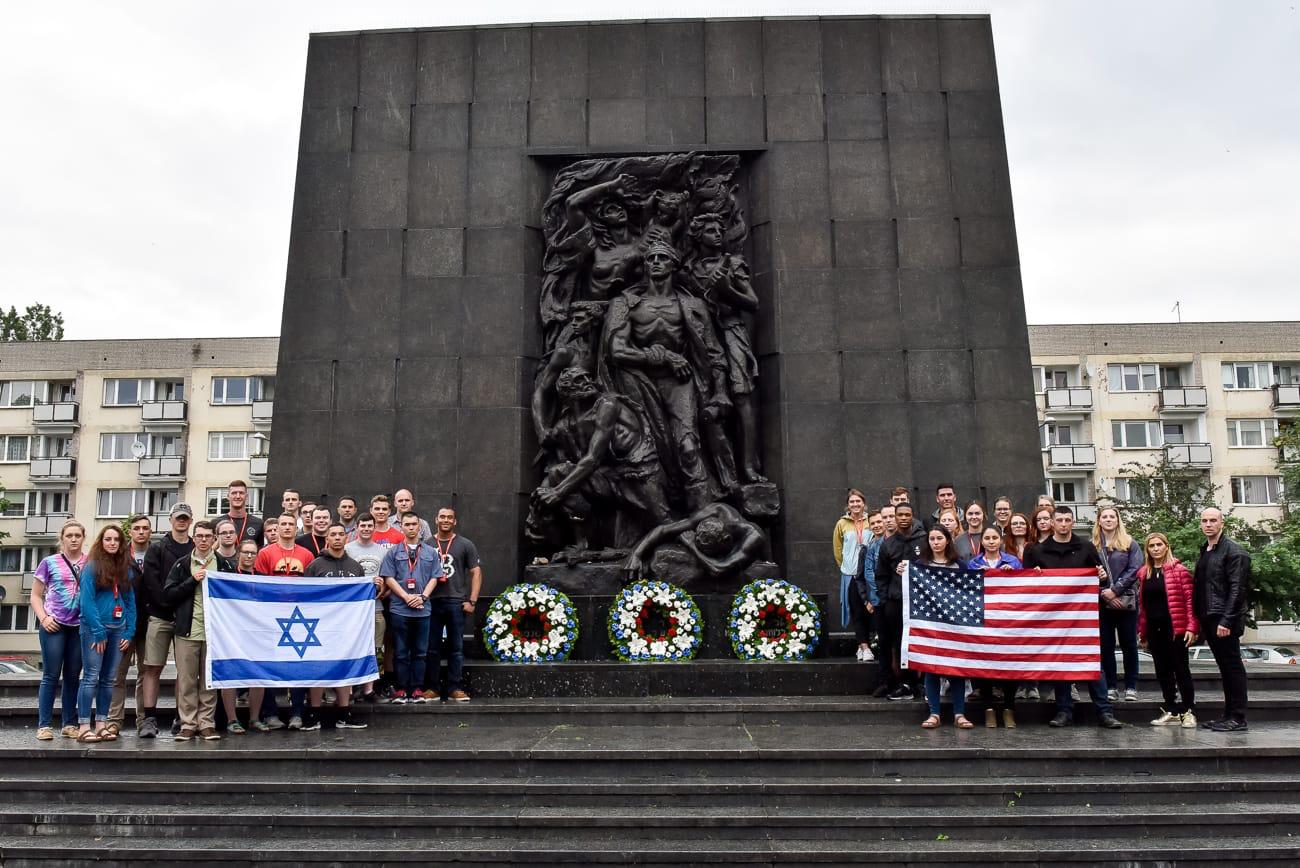 The Cadets in Warsaw, Poland/Photo Courtesy Of Our Soldiers Speak

According to the OSS website, Founder and Director Benjamin Anthony called the tour an “unparalleled experience” that enables American cadets to learn about hot-button issues and matters of utmost strategic importance in the Middle East firsthand. By forging bonds between the cadets and Israeli military officers, we are laying the groundwork for future understanding and productive interactions.”

Anthony spoke directly to The Daily Caller to explain more about the program Monday.

“The goal is to engage with future officers of the U.S. Armed Forces,” he explained, adding that “Israel is the only country in the Middle East where American cadets can travel safely.” He also noted that, simply because of Israel’s long-standing relationship with the United States, today’s cadets and tomorrow’s future leaders were more likely to interact with Israeli officers in the years ahead. (RELATED: Trump Pardons Troublemaking Cadets During Air Force Commencement Speech)

“These cadets are future leaders even beyond their military service,” Anthony added. “We believe strongly that the cadets enrolled in the US military academies comport a kind of leadership not readily found in other undergraduate institutions, and often supersedes the level of leadership found in even graduate students from preeminent institutions anywhere in the English-speaking world.”

The Caller also spoke to several cadets by phone Monday about their experience with OSS so far.

Monty, who hails from Washington State, said that his family hadn’t traveled much and was even wary of him attending West Point so far away from home. But he called the trip a blessing, noting that it was helping him pursue his ultimate life goal. “I have dedicated my life to trying to expand my perspective on the world as much as I can. I could never really back that up with any experience because I had never left the country,” he explained.

“This program, this tour has been a real blessing for me,” Monty continued. “I had never traveled outside the country before. I don’t come from a very wealthy family, but West Point sent me on this trip to learn about a whole different culture, different foods, different language.”

In addition to learning about a new culture, Monty added that especially given his fast-approaching role as an officer in the U.S. Army, “learning about the Middle-Eastern conflict from the people who have lived with it every single day is an unmatched experience.”

Monty admitted that he hesitated a bit before walking into the gas chambers in Poland, struck by the enormity of what had happened there, but ultimately he went in. “If I wanted to learn, I knew that I had to go in. It was a surreal experience,” he added. 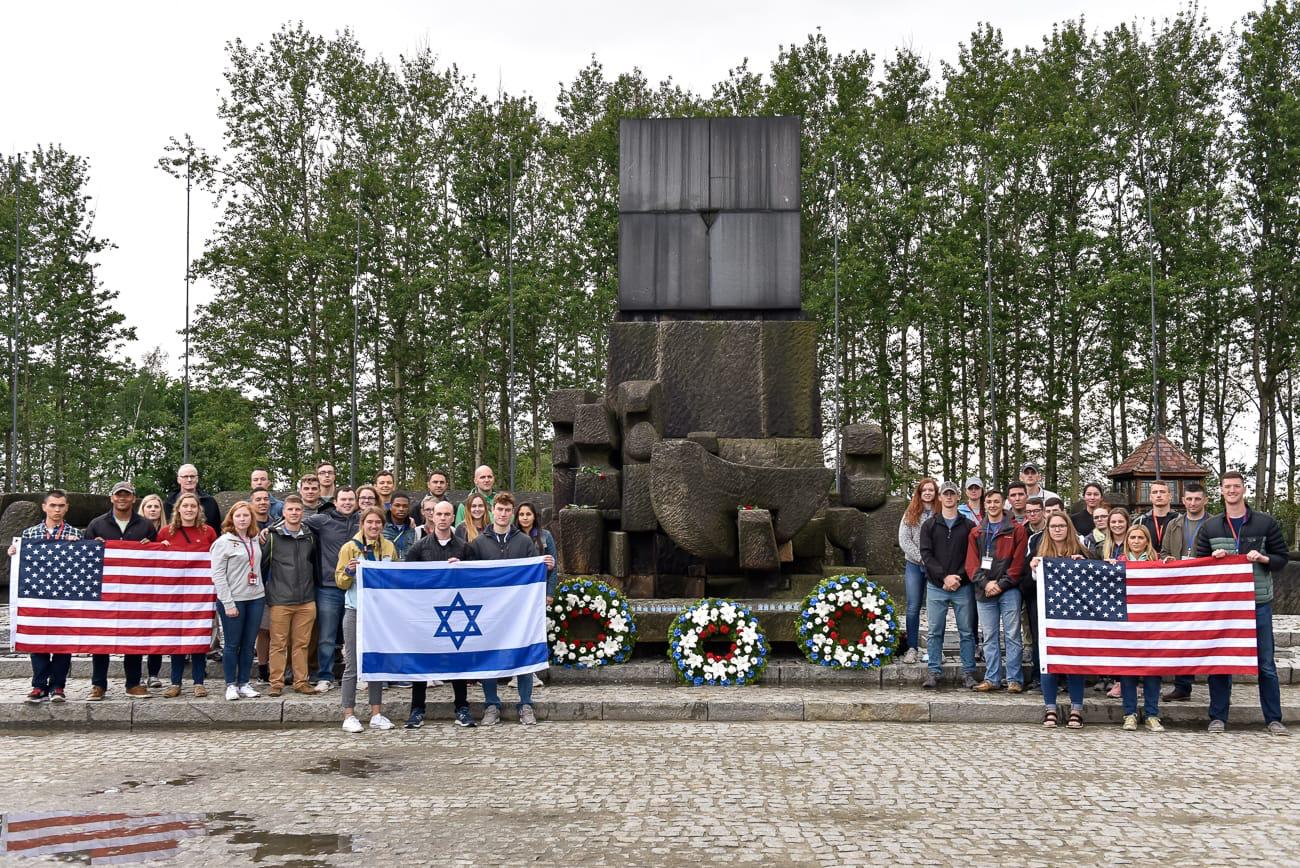 The Cadets in Birkenau, Poland/Photo Courtesy Of Our Soldiers Speak

Once he arrived in Israel, Monty said he was taken aback by the reactions of Israeli Defense Force (IDF) members, most of whom are conscripted to serve, when they realized that all of the American cadets had volunteered. “‘I can’t believe you had the choice, we respect you for that,’ they told us. It gave me a sense of pride in my own organization, which I believe makes it easier to lead the people under you.”

Rachel, a cadet from the Virginia Military Institute, said that a career in politics is already on her radar after she serves some time as an officer — hopefully a pilot — in the U.S. Navy.

“I’ve been learning about the Israeli-Palestinian conflict, but seeing it in person, it’s completely different from what I have learned in classes, she said. “It’s so different to learn from people who are actually on the ground every day instead of a textbook.”

“Israel is one of the most beautiful places I have ever been to,” Rachel added, saying that she had traveled to Europe before but never the Middle East. “Going directly from the plains to the desert, the Dead Sea and then to the mountains. It’s such a small place but so diverse.” 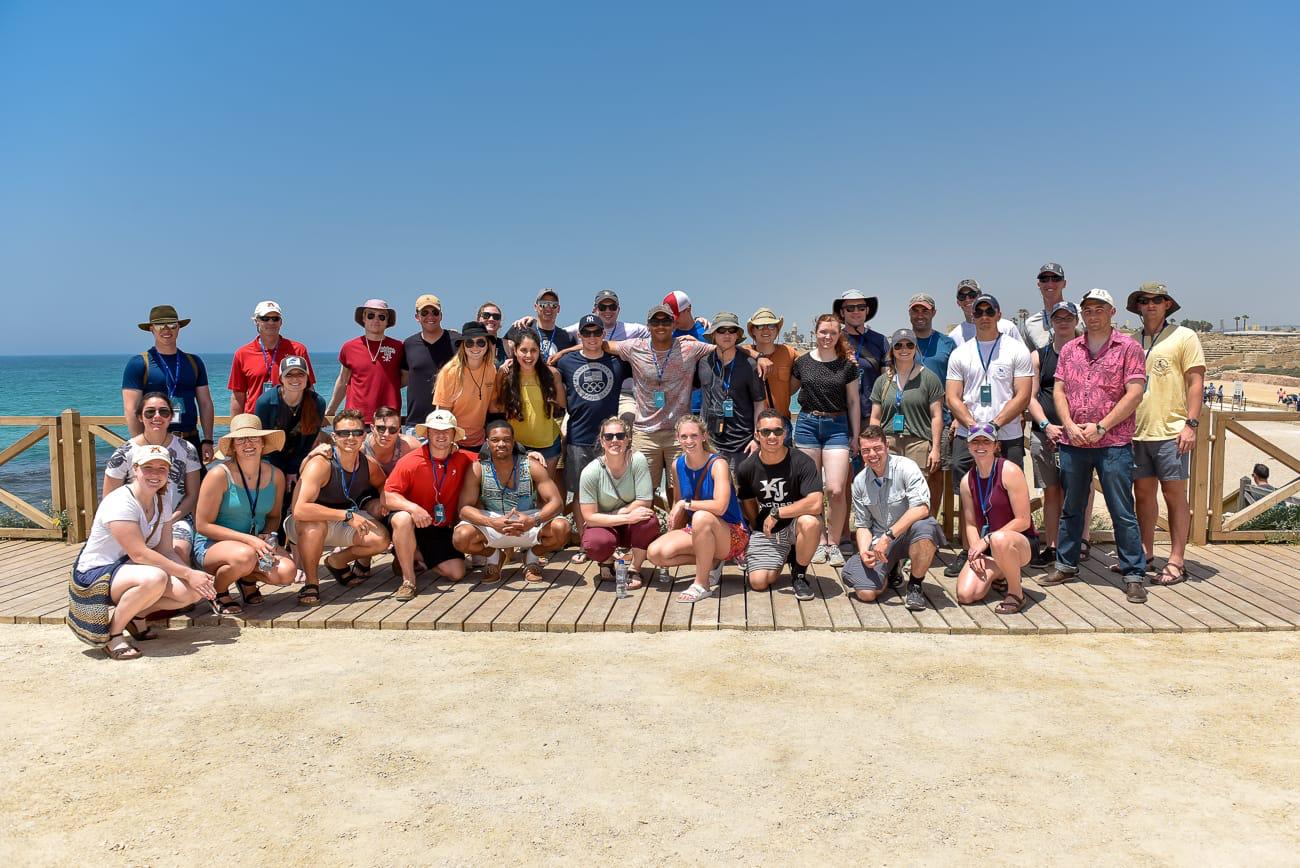 The Cadets in Caesaria/Photo Courtesy Of Our Soldiers Speak

Rachel said that the main lesson she would be taking home was that keeping an open mind is important, especially when interacting with other cultures. “The most surprising thing I learned about Israel is how it’s possible for so many different ethnicities to come together and cooperate and create something great,” she told the Caller. “It’s amazing how a Jewish Democratic state is able to be so inclusive. The media paints a very different picture, and from what I’ve seen here in person is very different.” (RELATED: Germany Does What U.S. Hasn’t — Passes Anti-BDS Resolution)

Jenna, a cadet from the U.S. Air Force Academy, began her military career in a high school JROTC program. On a spring break visit to the school, she fell in love and hasn’t looked back. “I just knew it was the place for me,” she said.

The first thing that struck Jenna was the beginning of the tour in Poland. “Being in Poland was awe-inspiring,” she said. “You study the Holocaust but you can’t really picture what happened until you see it, you walk through the places and see the places these people lived in. It makes it so much more real.”

The tour overall, Jenna said, helped her to better understand what it was going to take for her to lead the next generation of American airmen. “From my experience, the best kinds of leaders are the ones who know their people and take care of them,” she said. “I have met IDF leaders who are passionate about what they do, to be able to know your people and get to know people in all sorts of professions. If I have an airman who is Muslim or Jewish, I need to know how to best approach and help them feel comfortable in the unit.”

Anthony agreed that all of the cadets on the tour showed potential for leadership, saying, “Watching the conduct of these cadets gives us every reason to be optimistic about the next generation of leaders. We firmly believe that by way of this tour the next generation of American leaders will have a clear-eyed appreciation for the importance of the Jewish state and its alliance with the United States.”