A feminist group says they will fly a blimp portraying President Donald Trump as a diapered baby during his Fourth of July speech.

Code Pink, a progressive women’s grassroots organization, announced in a press release they will fly the diapered Trump blimp in Washington, D.C., while the president speaks at a Fourth of July celebration at the Lincoln Memorial.

“Baby Trump is coming to DC this July 4th!” Code Pink said in the press release. “When Trump speaks at the Lincoln Memorial, let’s show him what a big baby he is.”

“President Trump is planning to speak at the Lincoln Memorial on July 4, at an event named ‘A Salute to America,'” the press release says. (RELATED: BBC Angers Viewers With Baby Trump Blimp In Studio)

“But Trump’s America has been one of putting children in cages, banning refugees and immigrants, aligning with the murderous Saudi regime, supporting Israel’s occupation and system of apartheid, instigating a war with Iran, and spreading hate and racism across the U.S. and the world. We say no way!”

The group invites readers to join them to protest Trump’s racism, hatred, fear, and militarism.

Versions of the diapered Trump blimp have been seen in  Argentina, various border cities, and most noticeably in London, according to CNN. When the president visited London in June the blimp made an appearance as well. 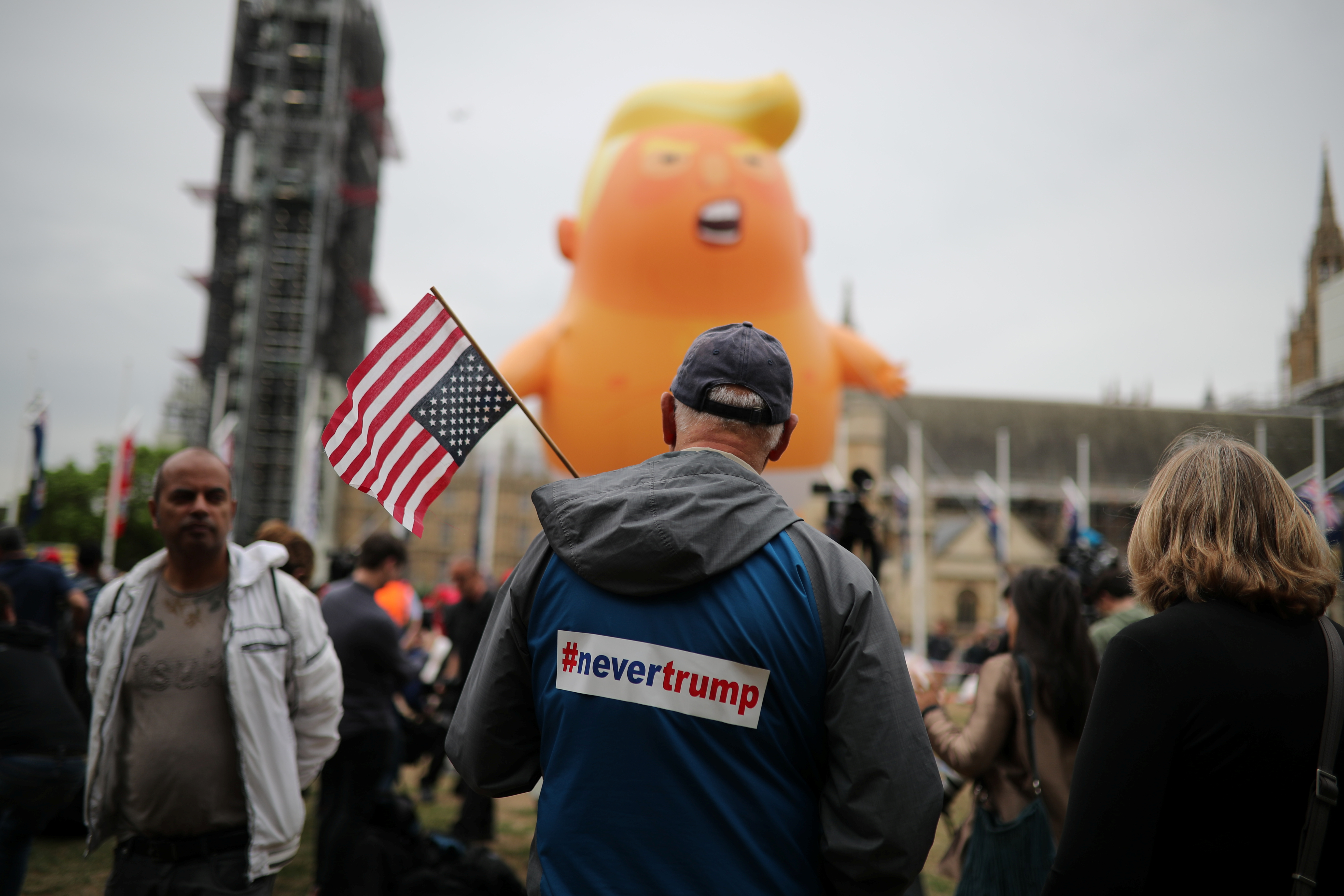 A “Baby Trump” balloon is seen over demonstrators as they participate in an anti-Trump protest in London, Britain, June 4, 2019. REUTERS/Alkis Konstantinidis

Trump announced in February that this year’s Fourth of July’s celebration would be “one of the biggest gatherings in the history of Washington, D.C.”

“It will be called “A Salute To America” and will be held at the Lincoln Memorial,” the president tweeted. “Major fireworks display, entertainment and an address by your favorite President, me!”

HOLD THE DATE! We will be having one of the biggest gatherings in the history of Washington, D.C., on July 4th. It will be called “A Salute To America” and will be held at the Lincoln Memorial. Major fireworks display, entertainment and an address by your favorite President, me!