The legislation effectively stops attempts to interfere with the popular restaurant chain because the owners support traditional marriage.

Back in 2012, Dan Cathy — son of Chick-fil-A founder S. Truett Cathy — said in an interview with The Baptist Press, “We are very much supportive of the family — the biblical definition of the family unit. We are a family-owned business, a family-led business, and we are married to our first wives. We give God thanks for that.”

The Chick-fil-A restaurant is seen in Chantilly, Virginia on January 2, 2015. (Photo by PAUL J. RICHARDS/AFP/Getty Images)

Cathy later told the Atlanta Journal-Constitution, “I think the time of truths and principles are captured and codified in God’s word and I’m just personally committed to that. I know others feel very different from that and I respect their opinion and I hope that they would be respectful of mine.

Cathy’s stance marriage “set off a wave of protests, with LGBT kiss-ins at Chick-fil-A stores and even some lampooning via music video, with three drag queens skewering Chick-fil-A to the tune of Wilson Phillips’ ‘Hold On,'” Forbes reported in 2014. Protests have continued on in recent years with the restaurant being banned at two airports: one in Buffalo, New York, and the other in San Antonio, Texas.

Abbott’s decision pleased supporters of the legislation who say it is necessary to protect the restaurant from harassment and to protect religious freedom. Detractors say the bill and the restaurant work against those identifying as LGBT. (RELATED: Texas Lawmakers Pass ‘Save Chick-Fil-A’ Bill In The House)

Abbott indicated that he would support the bill weeks ago in a somewhat comical tweet, DallasNews.com reported.

On May 20, Abbott tweeted a snapshot of a soft drink cup emblazoned with the Chick-fil-A logo accompanied by a computer image of a story indicating that the “Save Chick-fil-A” bill was on its way to Abbott for his acceptance. “So. What are the odds I’ll sign the Chick-fil-A bill? I’ll let you know after dinner.”

So. What are the odds I’ll sign the Chick-fil-A bill?

I’ll let you know after dinner.

Abbott has indicated his strong personal faith convictions in the past by calling for a day of prayer for his state.

The Texas legislature moved quickly to draft and pass the bill after the San Antonio City Council wanted to stop the fast food restaurant from opening at the airport because Chick-fil-A has generously donated to organizations that support traditional marriage and has been targeted by LGBT activists. 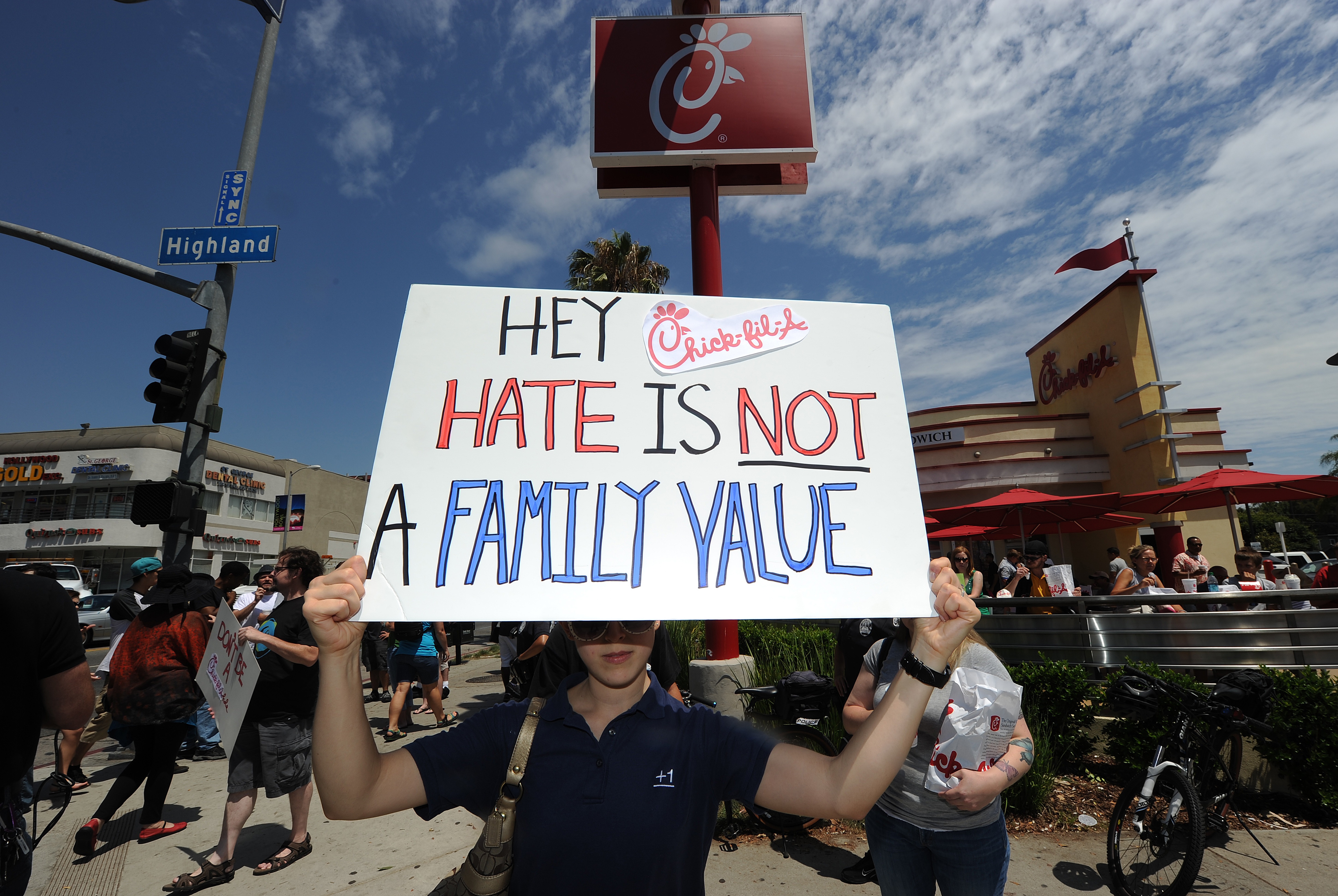 In March, councilor Roberto Trevino reportedly said there was no  “room in our public facilities for a business with a legacy of anti-LGBTQ behavior,” Fox News reported.

The Republican-sponsored bill in the Texas legislature prohibits cities from taking “adverse action” against individuals based on whether they choose to contribute to faith-based groups, which angered LGBT activists and some representatives in the legislature who felt threatened by the legislation. (RELATED: LGBTQ Caucus Kills ‘Save Chick-fil-A’ Bill In Texas)

Democratic state Rep. Jessica Gonzalez made the bill a personal issue because she lives openly as a lesbian, DallasNews.com reported.

“Of course this bill is aimed at me,” she said. “It’s about reminding those of us who have never belonged not to get too comfortable.”