Melissa Diegel, recently featured in The Daily Caller, is currently in an Arizona jail, and she and her supporters are crying foul.

Diegel had her kids taken by Arizona Department of Child Safety (DCS) in 2014.

According to Arizona DCS, Diegel suffered from a disorder similar to Munchhausen by proxy and made up ailments, bringing her two daughters to the hospital repeatedly for unnecessary medical treatment.

A voicemail and email the Phoenix Children’s Hospital’s media relations department was not returned. 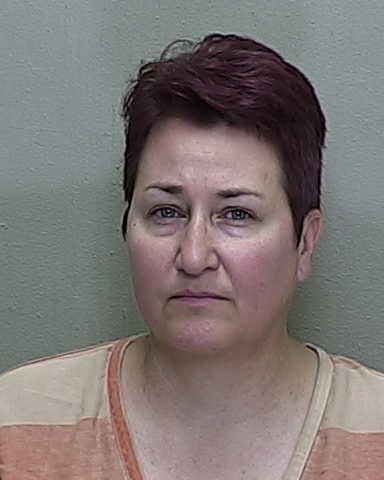 Not only were Diegel’s children removed for purportedly unnecessary medical treatment for these conditions, but now she is being charged in an eight count indictment.

Maricopa County Attorney’s Office, which originated the indictment, did not respond to an email for comment.

Diegel, in an interview from prison, said each of the eight counts allege that she forced unnecessary medical treatment on her daughters.

Each of the eight counts are referred to as, “Class 2 felony, dangerous crime against children, domestic violence.”

The dates range from January 1, 2011 until August 20, 2014, and Diegel said each count corresponds to an operation or other medical procedure she had performed on her daughters.

The warrant also has other inaccurate information.

Diegel said she is not a fugitive but rather has been a resident of Florida since 2017; the warrant was first issued in March 2019.

Tim McCourt is the General Counsel for the Marion County, Florida sheriff’s office; he told the Caller that any discrepancies are the responsibility of Arizona. “We are not a party to proceedings in that state. Once a warrant is issued by any court, including out-of-state courts, our deputies are duty-bound to execute the warrant and make an arrest if they come into contact with the subject of the warrant.”

Diegel was held in Marion County Jail after being picked up on May 21. 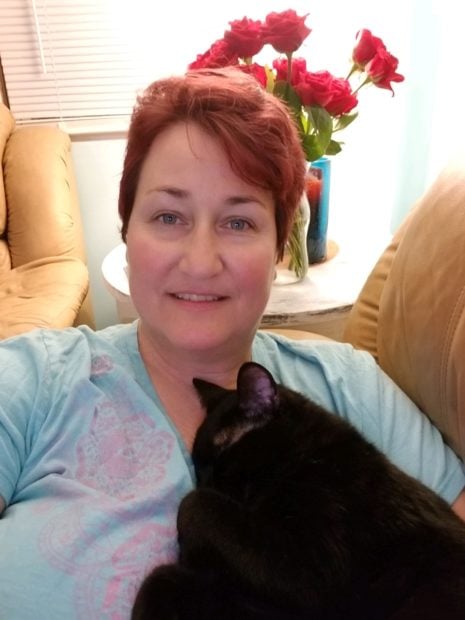 McCourt said it is not unusual that such warrants are handled from both governor’s offices.

Furthermore, a letter sent to Diegel by the office of Arizona Governor Doug Ducey in 2017, said Arizona DCS had investigated these charges and found them unsubstantiated.

“This is to inform you that the Department of Child Safety (DCS) has unsubstantiated the findings for DCS report #775410.” The letter stated. Diegel’s two daughters were still taken by DCS despite this finding. (RELATED: Police Raids Being Used To Enforce Custody Orders, Sending Kids Back To Abusive Parents And ‘Reunification Camps’)

Darren DaRonco, the public information officer for Arizona DCS, did not respond to an email for comment.

Diegel faced a Marion County judge on May 21, 2019; at that hearing, Arizona failed to produce a warrant and the judge said he had no choice but to dismiss the charges.

Diegel then made a Facebook live video to explain.

“I went to my extradition hearing this morning and Governor Ducey did not sign the governor’s warrant to bring me back to Arizona so as of right now I am free,” she said in the video.

Later that same day, U.S. Marshals came to her residence with a new warrant.

“The sheriff’s office is here to arrest me,” Diegel said in a subsequent Facebook live she filmed as they came to arrest her.

A sheriff’s officer could be heard saying, “I have a warrant for your arrest; you need to come outside. If you do not come outside, I’m going to come inside and arrest you.”

Diegel said she is not sure why these charges are being brought now but believes Arizona may be worried about a lawsuit.

“The only thing I can think is that [her oldest daughter] will turn eighteen in December and then she can sue,” Diegel said.

“When the staff at Phoenix Children’s Hospital make mistakes, they have a convenient way of escaping the ire of parents and legal culpability,” says Malinda Sherwyn, who is part of the watchdog group Arizona DCS Oversight Group (ADOG). “They call in the Department of Child Safety and shift blame for their own wrongdoing to parents it’s called Medical Kidnapping and too often non offending parents never see their children again. AZ DCS picked on the wrong mother in Melissa Diegel.”

“They could not silence her regarding the harm done to her children in foster care. Six years later, as her oldest child ages out of this horrible system, a grand jury was convened based on the ridiculous fabricated evidence provided by the Department of Child Safety,” Sherwyn added.

Arizona may well have reason to worry about a lawsuit. An affidavit shared with The Daily Caller suggests that her two daughters were abused in foster care after being removed from her care.

“Ms. Shipp attended an examination of [Deigel’s daughter] performed by Dr. Emmanuel Siaw on August 13, 2014. Dr. Siaw found that [Deigel’s daughter] had lost fourteen pounds since being removed from her home and placed into DCS custody.” The affidavit stated.

The affidavit also stated that, “[Diegel’s daughter] had bruising on her forearm, shoulder, and legs.”

Diegel’s daughter was also not receiving her feeding tube in foster care, according to the affidavit, even though that was prescribed by the physician.

Diegel also said that she has a heart condition called supraventricular tachycardia which causes her heart to race; she said she has been prescribed medication which she takes twice daily to control her heart rate.

She said for the first nine days of her incarceration she only received her medication once a day.

McCourt also declined to comment on how Diegel would be transported from Florida to Arizona when she was extradited, however, according to Diegel’s fiancé, Steve Reynolds, she was taken from Marion County Jail at approximately noon local time on Saturday June 8 and transported by plane to Arizona.

Reynolds, like Diegel and Sherwyn, believes the charges have been trumped up to misdirect from the actions of Arizona DCS.

She is currently being housed in Estrella Jail in Phoenix, Arizona, according to Reynolds.

“I have spoken to her,” he said, “and her medical needs are being much better taken care of in Arizona.”