Holy smokes! The Church of England is considering investing in the burgeoning cannabis industry.

Despite the recent decision, you shouldn’t expect to see your local prelates lighting up any time soon. Believers in ethical investment, the Church Commissioners do not invest in so-called “sin stocks” — shares of companies for which immoral products make up at least 10% of revenue. Apparently still a “sin,” recreational marijuana falls under this category, as does tobacco, gambling and pornography. The Church Commissioners have given the green light only to investment in the medicinal cannabis industry. (RELATED: Republican-Backed Medical Marijuana Bill Clears First Hurdle In Georgia)

If it decides to pursue it, the Church of England will be investing in a blazing-hot commodity. The cannabis industry is worth about $150 billion today, and according to Barclays, the British investment bank, that number is expected to rise to $272 billion by 2028.

Recreational cannabis remains illegal in the United Kingdom, but medicinal cannabis was legalized in November 2018. Research suggests that medicinal marijuana can reduce anxiety, treat forms of epilepsy and multiple sclerosis, and manage weight loss associated with AIDS and other illnesses.

Not all Anglicans are on board. The Church of England had made a number of changes to its teaching in recent years on hot-button topics such as gay marriage and the ordination of women to the priesthood, alienating some church members and compelling certain Anglican national churches to splinter off or distance themselves from the Church of England. 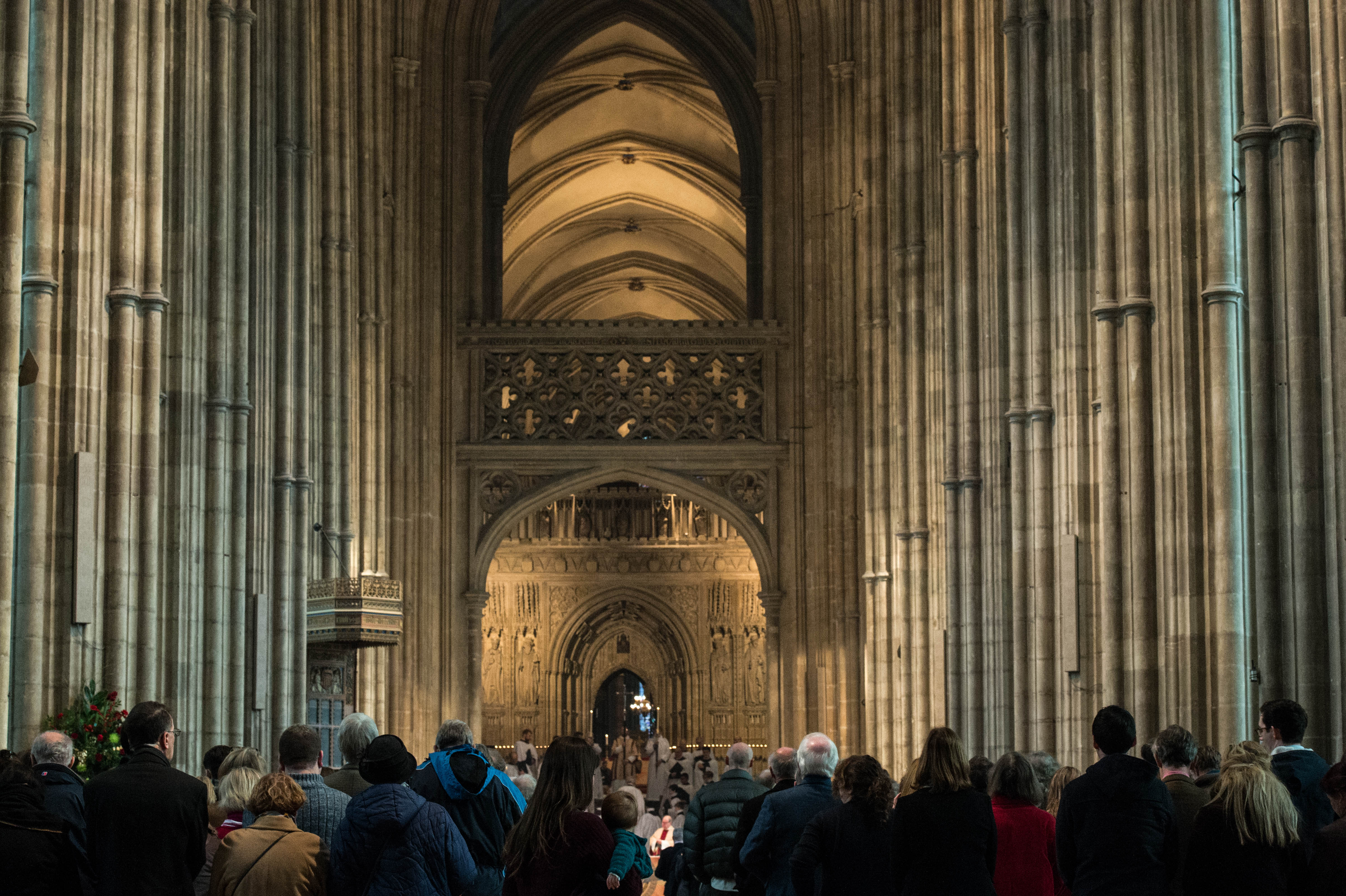 CANTERBURY, ENGLAND – DECEMBER 25: A mother and her child look on as the Archbishop of Canterbury, Justin Welby, holds communion and delivers his Christmas Day sermon to the congregation at Canterbury Cathedral on December 25, 2015 in Canterbury, England. His Grace was unable to deliver his Christmas sermon last year as he was suffering with pneumonia. (Photo by Chris Ratcliffe/Getty Images)

Church teaching on marijuana has not yet followed suit, though the decision to permit investment in medicinal cannabis may signal that its stance will soften. Edward Mason, Church Commissioners head of responsible investment, told the Financial Times the church will produce an official statement on its position soon.

Jules Gomes, a combative, now-independent Anglican priest who was barred from ministry for 10 years by the church hierarchy, was blunt in his critique of the move. He sees the Church Commissioners’ decision as consistent with broader trends in the church. (RELATED: Is Cannabis The Cash Crop Of The Future?)

“The Church of England is in a quagmire of its own making. It has lashed itself to the mast of cultural Marxism,” Gomes told The Daily Caller. “Hence, it is content to go along with any fashionable ideology that pops up. Why does the church have to invest in something that it knows little about? Has there been robust research carried out? In what way does investing in medical marijuna further the mission of preaching the gospel and making disciples?”

Other high-profile Anglicans have also publicly denounced the move. Peter Hitchens, an English author and journalist and a conservative Anglican, had a pithy reaction to the news of the Church Commissioners’ decision.

“I am against it,” Hitchens said on Twitter Thursday. “But I expect everyone connected with the C of E’s leadership to be stupid and liberal. This is normal.”

I am against it. But I expect everyone connected with the C of E’s management to be stupid and liberal. This is normal. https://t.co/7Rcbjf3tJs

On the other hand, orthodox Anglican writer David Virtue argues that the Church of England’s move does not change church teaching. He notes the fact that cannabidiol, a common form of medicinal cannabis, does not have consciousness-altering properties.

“As the products are medically, ethically and legally neutral there is no significant change in the Church of England’s position on anything,” Virtue told The Daily Caller.

After considering the unavoidable gray areas “ethical investment” veers into, and with the slippery slope between “medicinal” and “recreational” cannabis in mind, Wycliffe College professor of theology Ephraim Radner suggested a simple way out of the debate.

“The best solution? The Franciscan one of absolute poverty,” Radner told The Daily Caller, “and hence nothing to invest!”