The man seemed a rather unusual follower of a Hasidic rabbi: a politically ambitious African-American former college football player and Rhodes Scholar. But despite the unlikely pairing, now-Senator Cory Booker and Rabbi Shmuley Boteach developed an intense friendship and spiritual relationship when Booker was at Oxford University in the mid-1990s that continued for the next two decades.

But now, as Booker pursues the 2020 Democratic nomination for President, Boteach is saying that the black Christian who had nonetheless been a near-disciple — “we were as close as brothers” — has betrayed his own principles in turning his back in Israel.

Booker, who took leadership roles in Jewish organizations and frequently celebrated holidays with the rabbi, has backed away from his initial strong support of Israel. As a Senator, he voted for the Iran deal, condemned the move of the U.S. embassy to Jerusalem, and sidestepped opportunities to fight the Boycott, Divestment, and Sanctions (BDS) movement. All stances are anathema to most supporters of the Jewish state. (RELATED: From The Looks Of It, Cory Booker Was Not Ready For Jake Tapper’s Line Of Questioning On Gun Control)

In an interview with The Daily Caller, Boteach stated confidently that Booker’s private sympathies remain with Israel, but that the Senator had “changed his opinion based on political expediency.” 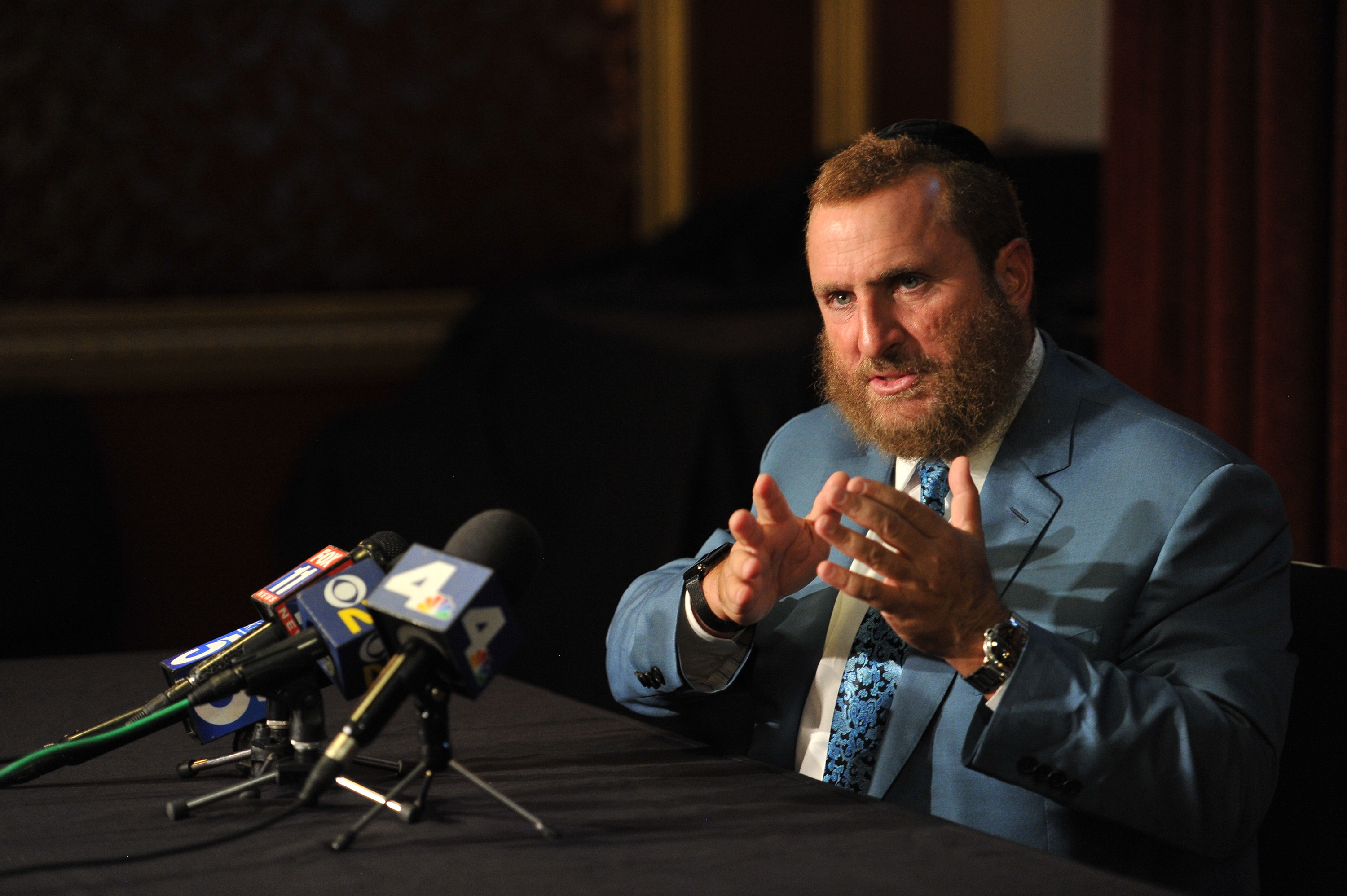 BEVERLY HILLS, CA – SEPTEMBER 17: Rabbi Shmuley Boteach addresses the media and speaks on behalf of Roseanne Barr during a press conference prior to the actress and comedian participating in “Is America a Forgiving Nation?,” a Yom Kippur eve talk on forgiveness hosted by the World Values Network and the Jewish Journal at Saban Theatre on September 17, 2018 in Beverly Hills, California. (Photo by Rachel Luna/Getty Images)

“I’m utterly disappointed in him,” Boteach said. “I’m amazed he could veer so far away from his own convictions and values to cater to extreme elements who reject Israel.”

He called Booker’s new stands “cynical politics,” saying “I know Cory cares about Israel; this is not in his heart but an attempt to win over the extreme left of the Democratic Party which he thinks is vital to winning the nomination.”

The exact nature of the fallout between the two men is not entirely clear – Booker told The Washington Post that Boteach had publicized a private spiritual moment – but the estrangement appears permanent. Boteach said Booker could not regain his good graces without “repudiating” several of his votes and his “growing association with far-left elements” in the Democratic Party who oppose security measures for Israel.

While Boteach would not endorse President Trump or encourage others to vote for his re-election — “I’m a rabbi; I’m not going to discuss politics openly” — he spoke effusively about the president’s defense of Israel. He underscored that his support was not political but an expression of “values that I believe in.”

“Trump is the president who has shown more support for Israel than any previous occupant of that job. He is showing the world Jewish community they have a friend in the White House, and sending an unmistakable message to world leaders: if you want a relationship with the United States, [opposing Israel] will harm that.”