A jury found a former Michigan State University (MSU) dean guilty Wednesday of misconduct and willful neglect, but he’s been acquitted on a felony charge of second-degree criminal sexual conduct.

William Strampel, 71, had faced allegations of sexually assaulting and harassing four women along with obtaining their nude photos while he was the dean of MSU’s College of Osteopathic Medicine, CNN reported Wednesday. His lawyers said they were “very happy” he wasn’t found guilty of sexual crimes.

He allegedly did not properly oversee Nassar, who was sentenced to 40 to 175 years in prison for sexual abuse.

“It’s time to change the culture in our schools and medical communities so that our female students and doctors receive the same treatment and respect as their male counterparts,” Michigan Attorney General Dana Nessel said in a statement, according to USA Today. “Public officers who brandish their power to demean, insult, harass, objectify, and abuse female students will be held accountable.”

“We will continue addressing the culture that allowed such abhorrent behavior as we work on meaningful actions to be more aware and more accountable,” MSU told The Daily Caller News Foundation over email Thursday. “We have improved our dean review process, improved patient-care policies and our College of Osteopathic Medicine is developing a forward-looking strategic plan to improve and assess the educational climate. We know we have more work to do and are committed to the changes needed.”

Strampel stepped down as the school’s dean in December 2018, saying he had health problems, according to CNN. (RELATED: MSU Claims That Larry Nassar Didn’t Violate NCAA Rules) 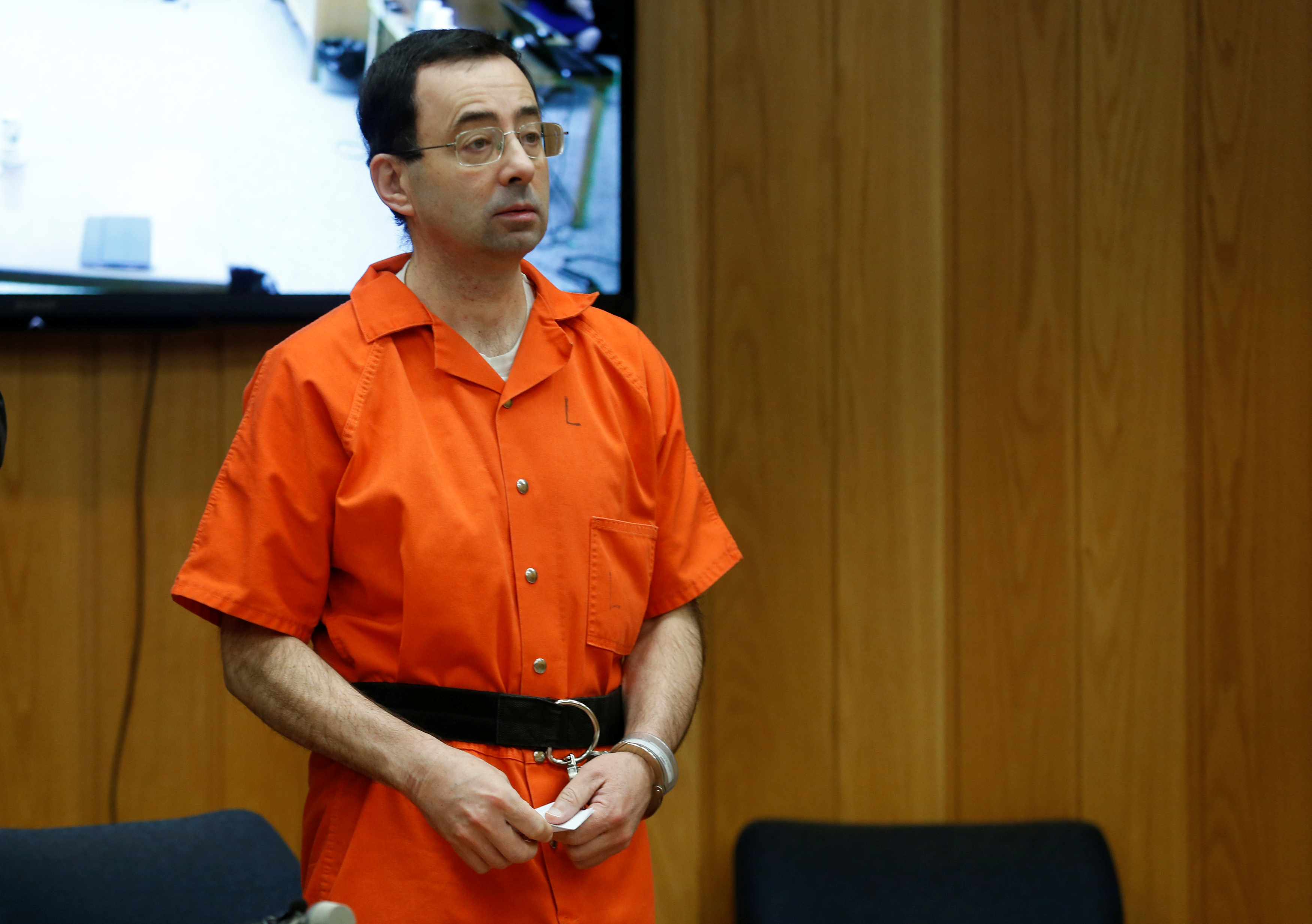 Nassar was a gymnastics doctor with Team USA. He pleaded guilty to 10 sexual assault charges. The trial featured more than 150 statements from women abused by the supposed medical examinations, with gold medal Olympic gymnasts Aly Raisman, Gabby Douglas, McKayla Maroney and Jordyn Wieber among some of the accusers.