The Justice Department on Friday backed Treasury Secretary Steven Mnuchin in a battle with Congress over the release of President Donald Trump’s tax returns.

In a 33-page opinion, the head of the Justice Department’s Office of Legal Counsel, Steven A. Engel, said a request made by the House Ways and Means Committee Chairman Richard Neal on April 3 for Trump’s tax returns “raised a serious risk of abuse.”

“The Chairman’s request that Treasury turn over the President’s tax returns, for the apparent purpose of making them public, amounted to an unprecedented use of the Committee’s authority and raised a serious risk of abuse,” wrote Engel. (RELATED: House Ways And Means Chairman Requests Six Years Of Trump’s Tax Returns)

Neal, a Massachusetts Democrat, asked Mnuchin for the past six years of Trump’s tax returns as well as records from eight of his companies. One of his arguments was that the returns would serve a legislative purpose of some sort.

“This request is about policy, not politics; my preparations were made on my own track and timeline, entirely independent of other activities in Congress and the Administration,” Neal said.

He said in the request that he wanted to investigate the IRS’s policy regarding to auditing of presidents’ and vice-presidents’ tax returns.

Trump’s personal attorneys pushed back against the request, arguing Neal sought the tax returns for political reasons. And in a May 6 letter, Mnuchin rejected Neal’s request, calling it “unprecedented,” and saying it “presents serious constitutional questions, the resolution of which may have lasting consequences for all taxpayers.” 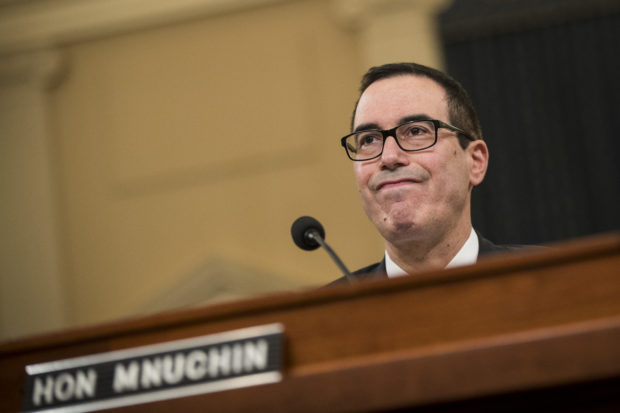 Engel sided with Mnuchin, noting in his opinion that Neal was one of numerous Democrats to call for the public release of Trump’s taxes before the 2018 midterms.

“Committee Democrats remain steadfast in [their] pursuit to have [President Trump’s] individual tax returns disclosed to the public,” Neal said, according to Engel.

“Under the facts and circumstances, the Secretary of the Treasury reasonably and correctly concluded that the Committee’s asserted interest in reviewing the Internal Revenue Service’s audits of presidential returns was pretextual and that its true aim was to make the President’s tax returns public, which is not a legitimate legislative purpose,” Engel wrote in his letter, which was submitted to the Treasury Department’s general counsel.