Members of Congress are working on a way to give themselves a pay raise but have been put on blast by the National Republican Congressional Committee (NRCC), even after top Republicans said they were considering backing the salary bump.

The Daily Caller spoke with many Republicans in the House who all pushed back against a possible pay raise, saying Congress needs to do its job first before even considering a raise to their salaries. This comes as New York Rep. Alexandria Ocasio-Cortez have been pushing members to support it, saying the increase from $174,000 to $178,900 annually is “not even like a raise” and getting top Republicans, such as House Minority Leader Kevin McCarthy to consider the proposal.

McCarthy and House Minority Whip Steve Scalise and many Democrats support a $4,500 pay raise to the current rate of $174,000, according to Politico. However, the NRCC, one of the biggest fundraisers for Republicans in Congress pushed back, attacking Democrats in an email for suggesting that making “more than three times the average American’s salary, just isn’t enough.”

The NRCC’s email came one day after a bipartisan meeting Tuesday with House members, who were discussing the pay raise. (RELATED: Rep. Ocasio-Cortez Says Members Of Congress Tempted By ‘Dark Money’ Without A Pay Raise)

“After campaigning on a slogan of ‘for the people,’ the socialist Democrats have accomplished a whole lot of nothing 6 months into their majority. And as a reward for their incompetence, they want middle-class taxpayers to give them a $4,500 pay raise!,” The NRCC said in an email.

“Apparently making $174,000 a year, which is more than three times the average American’s salary, just isn’t enough for these socialist elitists. Between voting for the public to finance their campaigns, opposing middle-class tax cuts and pushing to give themselves raises, the socialist Democrats’ need to change their motto to ‘for the politicians,'” the committee’s email continued. 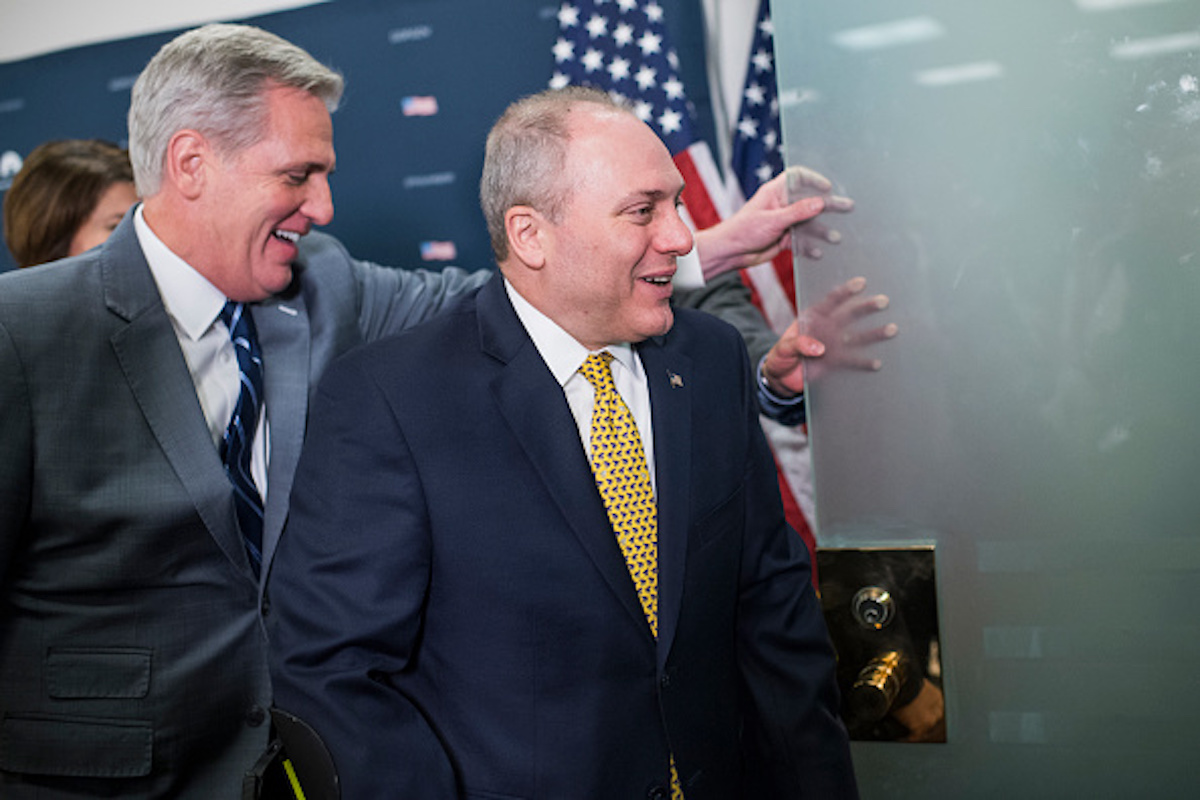 Congressional salaries have not gone up from $174,000 since 2009. Lawmakers are set to receive a $4,500 raise in January, which is an increase of 2.6 percent unless they vote to freeze the pay.

North Carolina Republican Rep. Mark Meadows told TheDC that until Congress passes legislation to address serious issues, such as the crisis at the border, then a raise should not even be considered.

“How about this: when Congress does its job and provides resources and border security to address the obvious crisis going on at our southern border, then we can debate a pay raise. Tie the issue to performance on our basic responsibilities. Until then, it shouldn’t be discussed,” Meadows said.

North Carolina Rep. George Holding’s message was very similar, telling TheDC that “raises ought to be earned” and that “Frankly, I don’t think Congress has done much to deserve it,” Holding said. (RELATED: A Bipartisan Congressional Pay Raise Was In The Works. Then A Republican Group Blasted Democrats)

Georgia Republican Rep. Jody Hice also ripped Democrats for wanting to spend more taxpayer money on themselves, while nothing is getting done in Congress. Hice also called out House Speaker Nancy Pelosi.

“For a decade, Members of Congress have rightfully refused a pay raise as America looks down the barrel of our massive national debt. Yet, just months after they took control of the House, Democrats are already working to give themselves a bigger paycheck. The Democrat playbook always involves spending taxpayer money – but this time, they’re putting it right back in their own pockets,” Hice said to TheDC.

“Speaker Pelosi and her allies have no solutions to get our fiscal house in order, and this stunt is just the latest example of the swamp rearing its ugly head once again,” Hice continued. 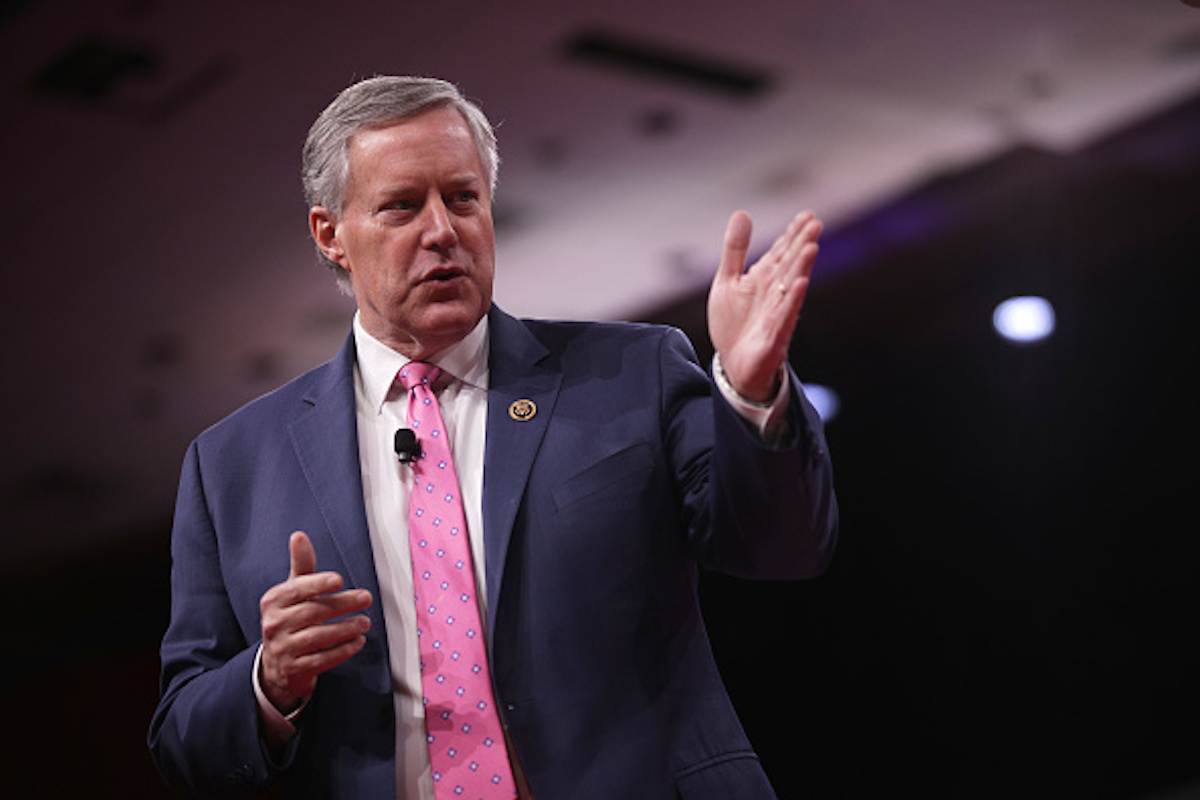 Andrew Biggs, an economist for American Enterprise Institute (AEI), also questioned the possible Congressional pay raise, saying to TheDC that “Congressional salaries in the US aren’t low compared to legislator salaries in other countries. However, I believe the US has more restrictions on outside work than other countries’ do, so that comparison may not be as telling as it seems.”

Biggs also mentioned that the current salary members of Congress earn every year, is a lot of money, saying they make over $250,000 after benefits, including pensions.

“The question is, would raising Congressional pay improve their performance or reduce corruption? I doubt it, because problems in both areas stem from politics, not pay. For instance, Congress can’t fix entitlement programs for the simple reason that they fear losing re-election,” Biggs continued.

Professor Walter E. Williams, who teaches at George Mason University, told TheDC, “I have no comment about the proposed congressional raises, except to say that each congressman should get a $10,000 bonus for each day he stays out of Washington, D.C.”

The pay increase for members of Congress would also mean staffers would most likely receive a raise, as members are responsible for paying their staff. The median pay for a staffer on Capitol Hill is currently $54,640.