“There will be a vote to remove any authority to make those sales to Saudi Arabia,” Pelosi said in an interview with CNN reporter Fareed Zakaria Thursday. “This is something that we will fight, and we’ll have bipartisan support to fight.”

The Trump administration approved the push for 22 arms sales to Saudi Arabia, Jordan and the United Arab Emirates under the Arms Export Control Act in May.

The act allows a U.S. president to control the “export of defense articles and services.”

The move comes without a congressional review period. Pelosi added that Trump’s arms deal “includes nuclear technology that he is transferring to Saudi Arabia.”

The Trump administration supported the emergency move because of an alleged heightened threat from Iran. Secretary of State Mike Pompeo accused Iran of the “unprovoked” blasts of two oil tankers in the Gulf of Oman Thursday.

“These sales and the associated emergency certification are intended to address the military need of our partners in the face of an urgent regional threat posed by Iran; promote the vitality of our bilateral relationships by reassuring our partners; and preserve strategic advantage against near-peer competitors,” Assistant Secretary of State for Political-Military Affairs R. Clarke Cooper said Wednesday.

House Democrats introduced a bipartisan legislation to reverse the Trump Administration’s decision Wednesday, according to a press statement from the Committee on Foreign Affairs.

“This legislation sends a strong signal that we will not tolerate the Trump Administration’s blatant abuse of power,” Democratic California Rep. Ted Lieu said in the news statement. (RELATED Bipartisan Group Of Lawmakers Urge Trump To End US Involvement In Yemen Civil War)

Forty-seven Democratic caucus members and four Republican lawmakers voted against the Trump administration’s measure, receiving the necessary 51 votes to block the legislation in the Upper Chamber. 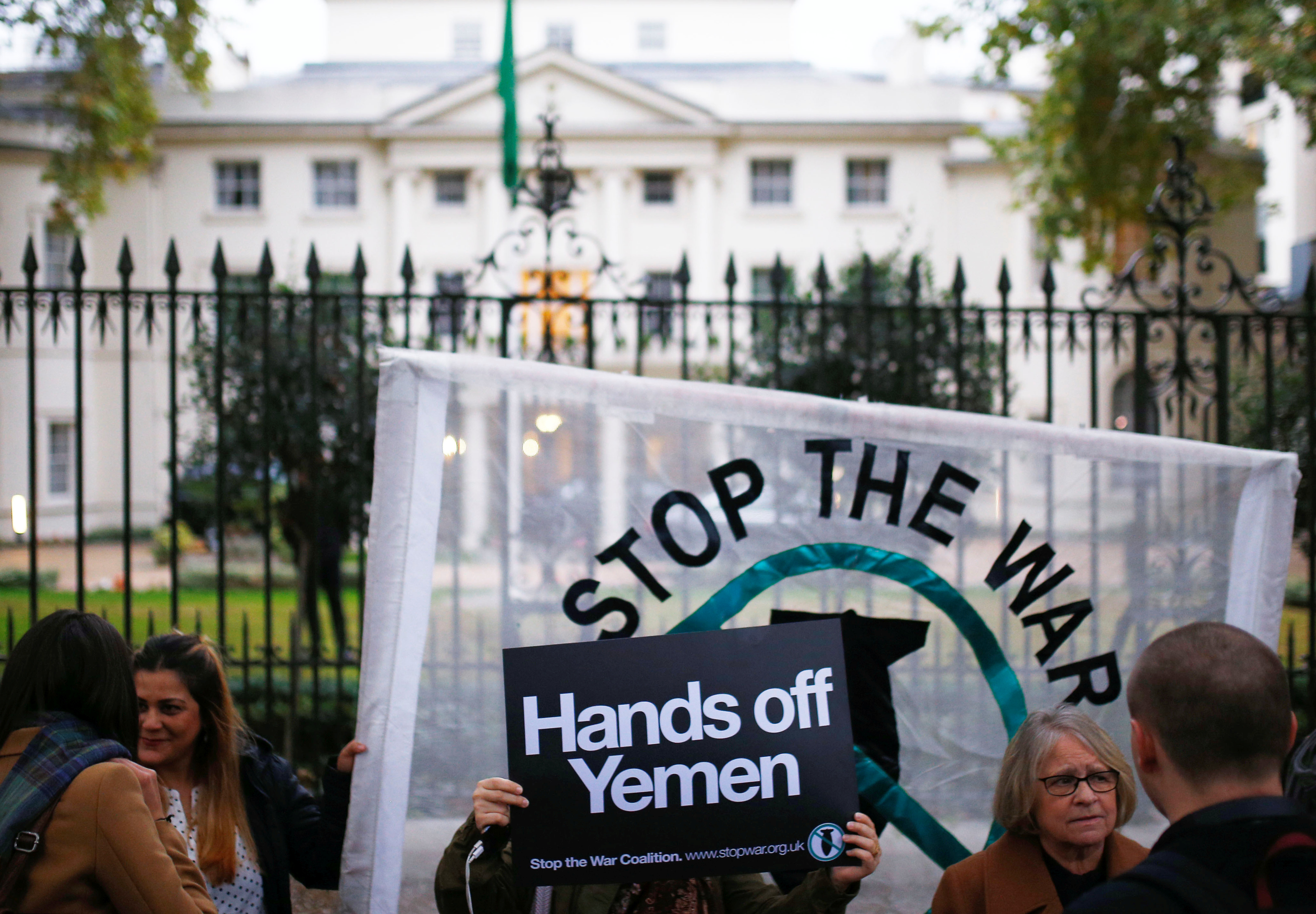 Demonstrators from the Stop The War Coalition stage the protest against the killing of journalist Jamal Khashoggi, war in Yemen and UK arms sales to Saudi Arabia outside the Saudi Arabian Embassy in London, Britain, October 25 2018. REUTERS/Henry Nicholls

Those against the arms sales believe U.S.-Saudi relations have worsened because of Saudi Arabian involvement in the Yemeni civil war and Washington Post columnist Jamal Khashoggi’s death in 2018.

Pelosi’s team did not immediately respond to The Daily Caller News Foundation’s request for comment.