Hong Kong’s lead official apologized Sunday evening for the handling of a proposed extradition bill that sparked massive protests across the city.

Hong Kong Chief Executive Carrie Lam issued an apology after a second Sunday of protests over a proposed allowing citizens of Hong Kong to be taken to mainland China for criminal trial, CBS News reports.

Protesters gathered outside of the Hong Kong’s police headquarters as well as Lam’s office, Sunday night, according to CBS News. Lam temporarily suspended the passage of the extradition bill Saturday, but the move did not satisfy protesters who desired total negation of the bill.

Lam was clear that she would not scrap the extradition bill completely, and holds that it is necessarily to uphold international obligations, CBS News reported. (RELATED: Hong Kong Extradition Bill Protest Descends Into Violence, Government Headquarters Stormed By Protesters)

“If you press the pause button, you can actually press the play button anytime you want,” said one woman, identified only as Felicia, according to NPR.

The government understands that protests against the legislation “have been made out of love and care for Hong Kong,” a statement issued late Sunday by Hong Kong’s government said.

“The Chief Executive clearly heard the views expressed in a peaceful and rational manner. She acknowledged that this embodied the spirit of Hong Kong as a civilised, free, open and pluralistic society that values mutual respect, harmony and diversity,” the statement continued.

Lam “admitted that the deficiencies in the Government’s work had led to substantial controversies and disputes in society, causing disappointment and grief among the people.” She further “apologised to the people of Hong Kong for this and pledged to adopt a most sincere and humble attitude to accept criticisms and make improvements in serving the public,” the statement concludes. 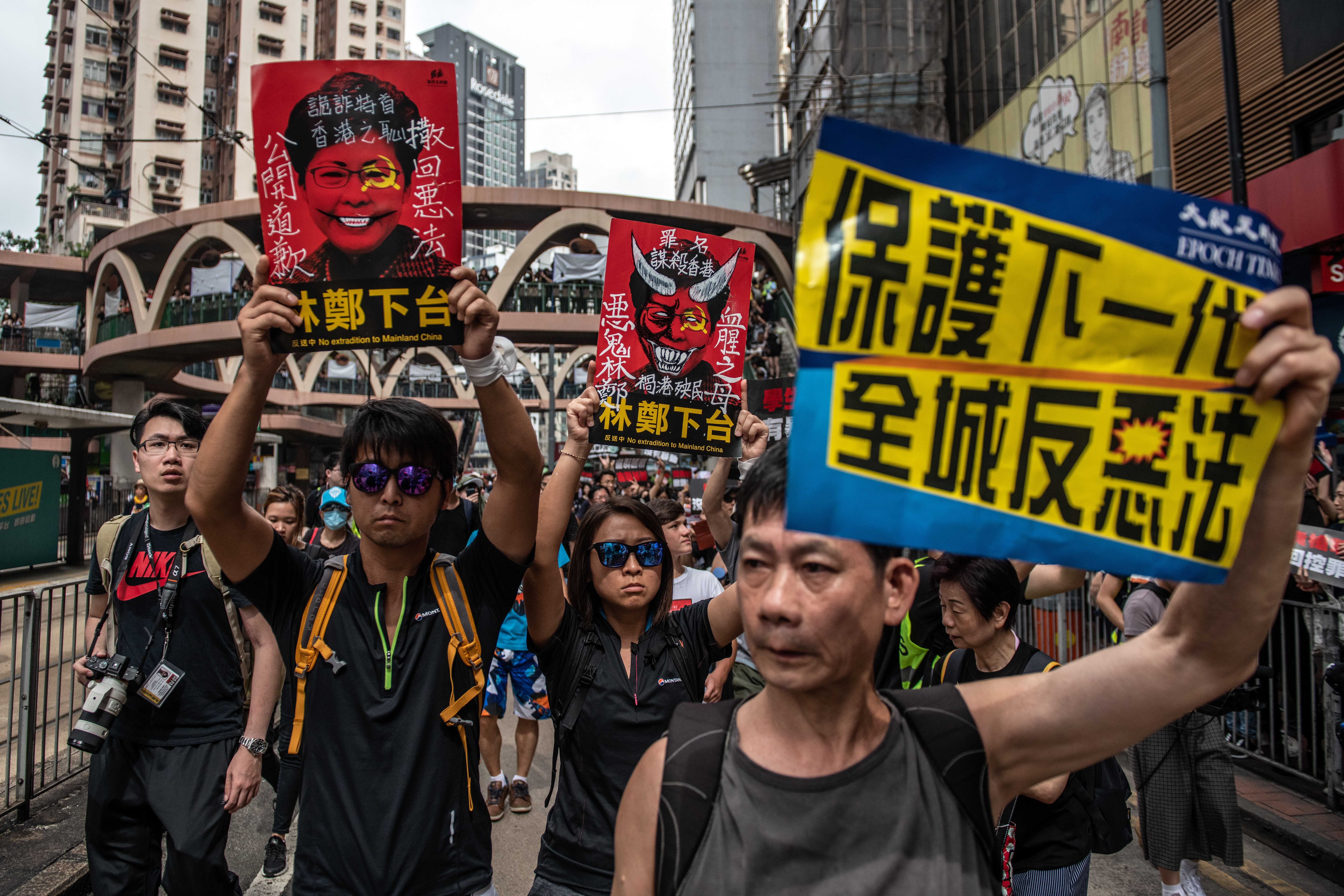 Opposition to the bill comes largely from concerns the Chinese Communist Party will use the extradition bill to silence dissident views and activists by trying offenders in party controlled courts on the mainland, according to the New York Times.

“Forced confessions and torture are a persistent problem, despite legal reforms. Police have huge powers, compared to the courts. And China’s ancient legal culture has emphasized the law as a tool for rulers to punish wrongdoers, rather than a way to protect individual rights,” he continued.