Morsi was 67. He has been in custody since his ousting as president in 2013 during a crackdown on the Muslim Brotherhood, which he represented, reported BBC.

Morsi was being tried on espionage charges when he passed out and was taken to a hospital, reported TIME. (RELATED: Saudi Arabia’s Crown Prince Mohammed Bin Salman Blames Iran For Oil Tanker Attack)

His presidential term was short-lived after he was elected in the country’s first free elections in 2012 after the expulsion of former President Hosni Mubarak. Morsi broke out of prison in 2011 during the uprisings against Mubarak and was sentenced to death in 2015 for the jail break after being removed from power. He was sentenced for conspiring with Hamas and Hezbollah militants to break out, but the death sentence was overturned in 2016. 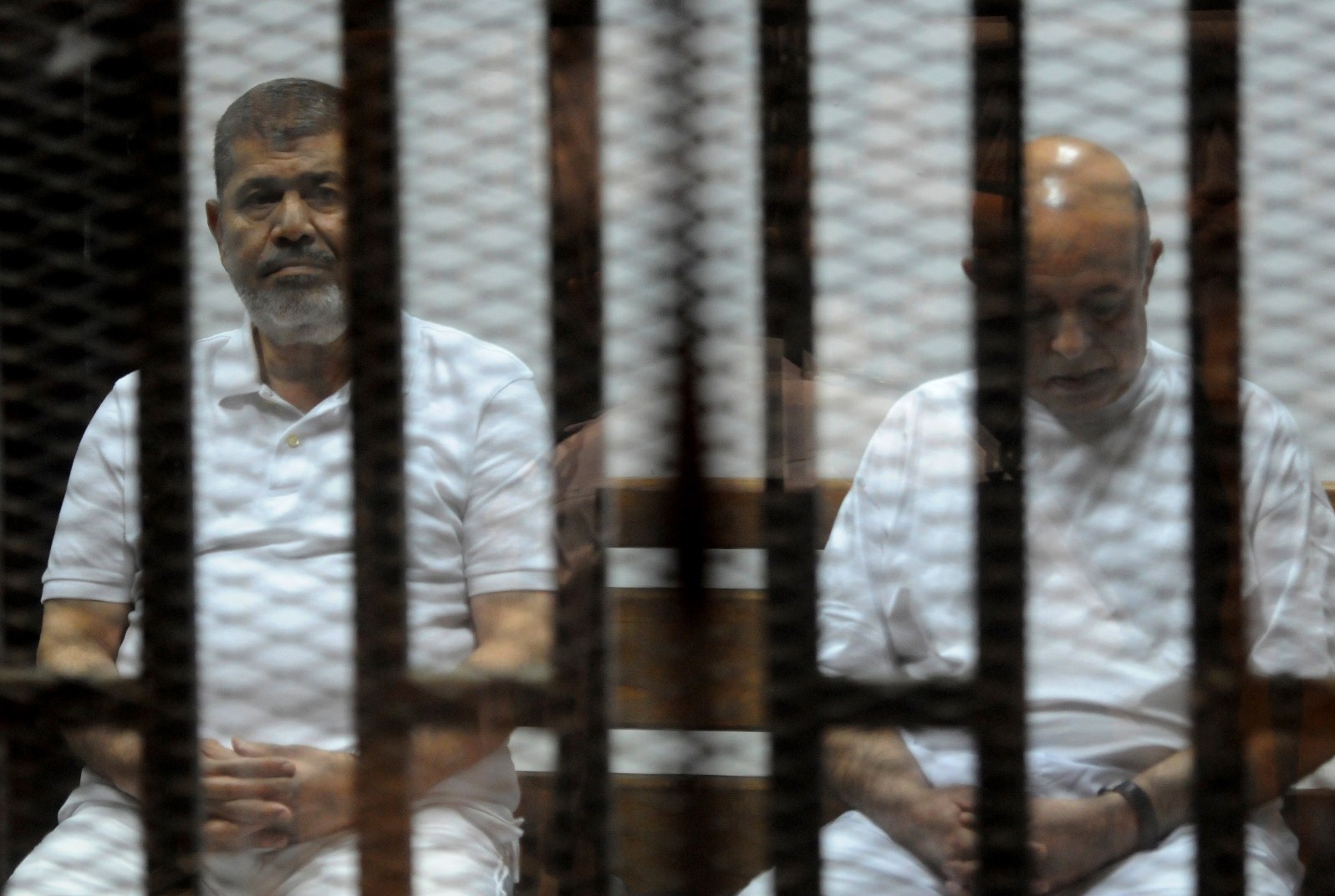 Egypt’s deposed Islamist president Mohamed Morsi (L) and former presidential chief of staff Rafaa el-Tahtawi, sit inside the defendants cage during his trial at the police academy in Cairo on October 14, 2014. (STR/AFP/Getty Images)

Morsi used his first speech at the United Nations to demand curbs on Western free speech rights and “an end to all forms of occupation of Arab lands” in September 2012.

President Abdel-Fattah el-Sisi has led Egypt since 2014. El-Sisi has promoted peaceful relations between Christians and Muslims in his country, including by presiding over the opening of a cathedral, but Egypt’s human rights record is far from perfect. For example, an Egyptian TV journalist was sentenced to prison for a year in January and fined 3,000 Egyptian pounds after interviewing a gay man on his show in August 2018, Egypt state-run media reported.