Only half of the registered voters in Texas currently support casting a ballot for President Donald Trump in the 2020 election, according to a University of Texas/Texas Tribune poll released Monday.

“This squarely focuses on Trump,” Daron Shaw, one of the poll’s co-directors and a professor of government at UT told The Tribune. ” … [but] it isn’t a matchup with a flesh-and-blood Democrat. It shows Trump’s relative weakness compared to a generic Democrat in this state.”

The divide is largely consistent among party lines; nearly 75% of Republicans say they would definitely vote for Trump with 85% of Democrats definitely opposed. Independents in the state also skew in favor of the president’s challenger with 60% noting that they wouldn’t vote for Trump at the time. (RELATED: Beto Thinks He Can Pull It Off In Texas)

“That 50-50 number encapsulates how divisive Trump is,” said James Henson, who spearheads University of Texas’s Texas Politics Project. Henson, who also co-directed the poll, further noted that at this time the data is not “a useful prediction for an election that’s 16 months away.”

“As the state becomes more competitive along partisan lines, at the same time it remains polarized, independents matter more,” he continued. “For a long time, we didn’t have any reason to pay attention to them.” 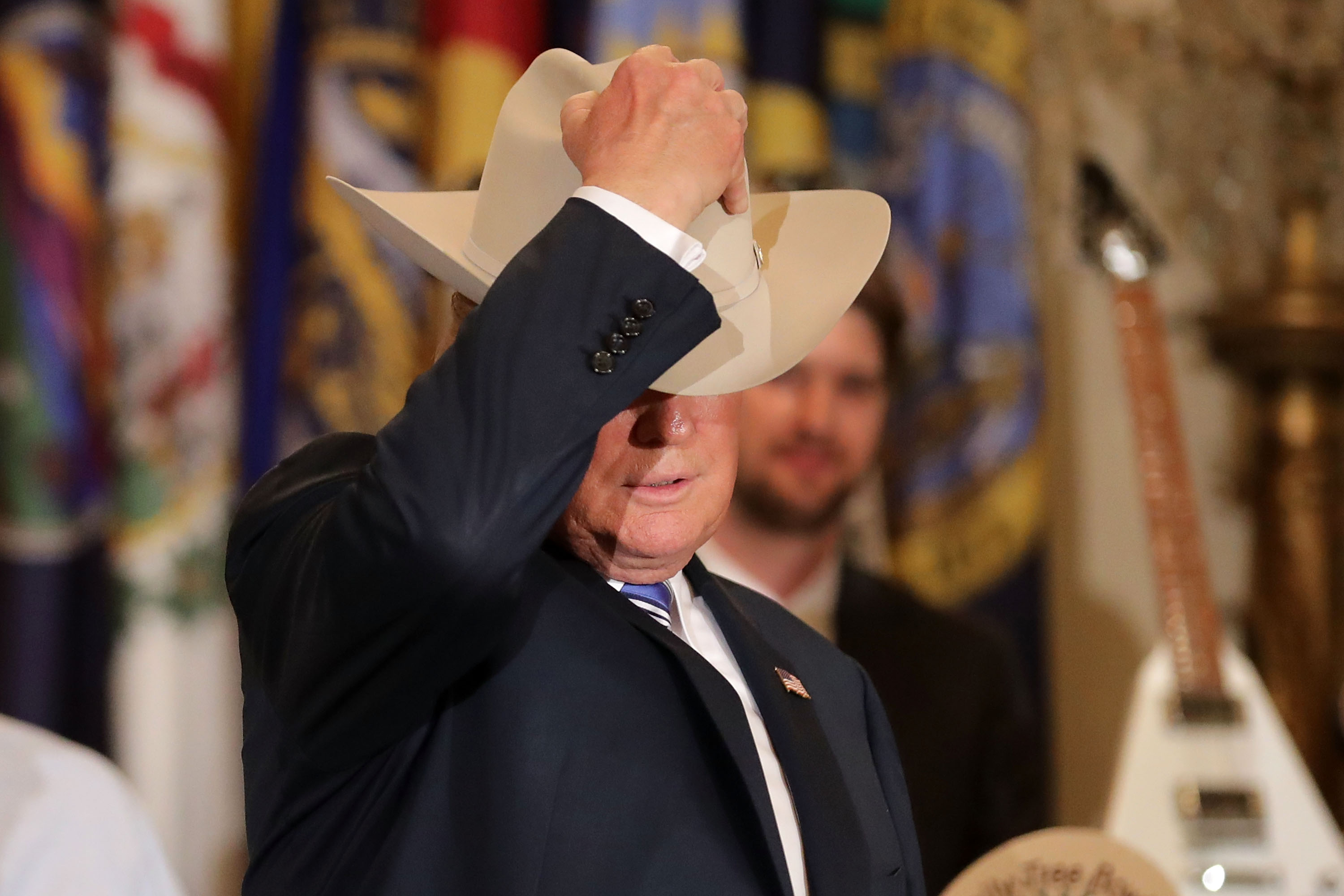 Within the Democratic primary, former Vice President Joe Biden leads the pack at 23%. Former Texas Rep. Beto O’Rourke is polling at second place and lagging by 8% despite previously representing the state in the United States Congress for three terms.

O’Rourke, who continuously trailed Republican Texas Sen. Ted Cruz throughout the duration of their campaigns, failed to obtain the seat as junior senator to the state of Texas in November.

However, O’Rourke has a proven capacity to generate enormous campaign donations, particularly with small dollars, which was highlighted during his race against Cruz. He received more campaign contributions in one quarter than any Senate candidate in American history.

Former Housing and Urban Development Secretary Julián Castro, who also resides in Texas, has only 3% support in his home state and is currently in 7th place. (RELATED: Trump’s Net Worth Rebounds After A Two Year Decline)

Winning Texas’s 38 electoral college votes has long been difficult for Democrats. The party has not won the Lone Star state in a presidential race since former President Jimmy Carter ran in 1976.

“President Trump is going to win Texas and it’s not going to be close,” Tim Murtaugh, the director of communications for Trump’s 2020 campaign, told The Daily Caller News Foundation.

The University of Texas/Texas Tribune poll was conducted between May 31 and June 9. It was composed of a sample size of 1,200 registered voters with a 2.83-point margin of error.