A Libyan national was found guilty of participating in the 2012 attack on the facility in Benghazi, Libya, the Department of Justice noted in a press statement Monday.

Mustafa al-Imam, 48, was found guilty on June 13 of conspiracy to provide support to terrorists and placing lives in jeopardy. He faces nearly 35 years in prison for participating in the attack, which culminated in the deaths of Ambassador Christopher Stevens and U.S. government personnel Sean Smith, Tyrone Woods and Glen Doherty.

The jury failed to reach a verdict on 15 other charged counts, according to the press statement. The trial began May 8, wherein the government presented testimony from 27 witnesses, some of whom were wounded in the attack on Benghazi. (RELATED: Obama Mentions Benghazi Attacks In Political Speech — Don Jr. Refuses To Stand Down) 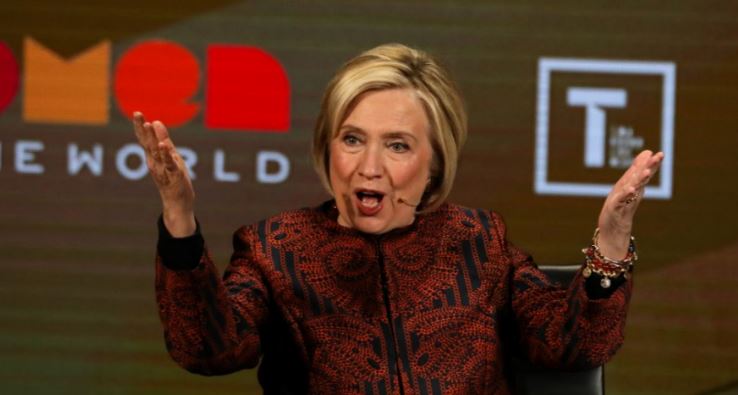 Former Secretary of State Hillary Clinton speaks on stage at the Women In The World Summit in New York, U.S, April 12, 2019. REUTERS/Brendan McDermid

“We will never forget those we lost in Benghazi on Sept. 11, 2012 – Tyrone Woods, Sean Smith, Glen Doherty, and Ambassador Christopher Stevens,” Assistant Attorney General of the National Security Division John Demers wrote in the statement.

Geist was joined in the interview by Kris “Tanto” Paronto and John “Tig” Tiegen. The trio helped write the book “13 Hours: The Inside Account of What Really Happened In Benghazi,” which was adapted into the Michael Bay directed movie.

He added: “And we will not rest in our pursuit of the terrorists who attacked our facilities and killed these four courageous Americans – they must be held accountable for their crimes.” The attack placed a black mark on former Secretary of State Hillary Clinton’s tenure in the Obama administration.

Clinton has long-denied claims made by the relatives of Smith, Doherty and Woods that she blamed the film, “Innocence of Muslims,” during a Sept. 14, 2012 memorial service. They grew incensed after emails showed that Clinton admitted in private conversations after the attack that she knew it was planned and carried out by terrorist affiliates.