Fans of President Donald Trump were standing in line early Monday morning — very early — to get a seat at the president’s Tuesday night rally in Orlando, Florida.

The Amway Center will be the site of Trump’s official 2020 reelection campaign launch and supporters started lining up at 2:30 a.m. Monday, more than 40 hours before the start of the big event at 8 p.m. Tuesday night, Fox News reported Monday.

Then-Republican presidential candidate Donald Trump pumps his fist in the air during a campaign rally at the Collier County Fairgrounds on October 23, 2016 in Naples, Florida. (Photo by Joe Raedle/Getty Images)

“There’s going to be a bunch of people, and it’s going to be pretty intense,” Gary Beck, who was reportedly first in line Monday morning, told Click Orlando.com. “The electricity is going to be high. It’s time for America to get back on its feet and be made better than it’s ever been before.” (RELATED: Trump Reveals Major Detail About 2020 Presidential Run)

The president informed his Twitter followers Monday morning that more than 100,000 people want tickets for a rally that will be held at a venue that can only accommodate 20,000. He says they have plans for the overflow crowd.

“Big Rally tomorrow night in Orlando, Florida, looks to be setting records,” Trump tweeted. “We are building large movie screens outside to take care of everybody … Our Country is doing great, far beyond what the haters & losers thought possible – and it will only get better!”

Big Rally tomorrow night in Orlando, Florida, looks to be setting records. We are building large movie screens outside to take care of everybody. Over 100,000 requests. Our Country is doing great, far beyond what the haters & losers thought possible – and it will only get better!

The Trump campaign has wasted no time in trumpeting the response of the faithful, especially as polls suggest he is behind his primary Democratic opponents at the moment. (RELATED: Biden Leading Trump By 10 Points In Fox News Poll) 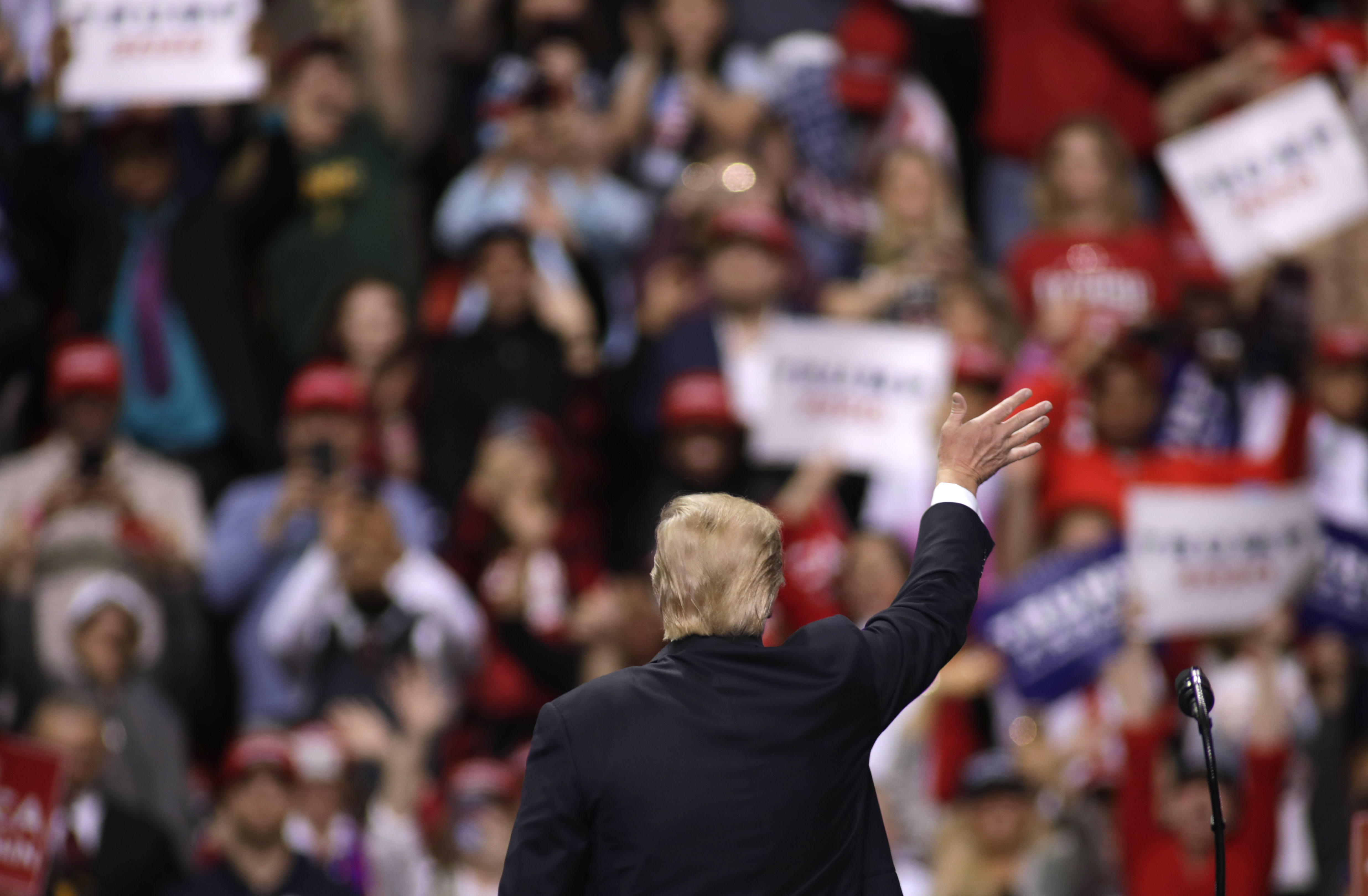 US President Donald Trump waves to the crowd after speaking to a crowd of supporters at a Make America Great Again rally on Apr. 27, 2019 in Green Bay, Wisconsin. (Photo by Darren Hauck/Getty Images)

“I’ve seen it first-hand. These amazing supporters truly do camp out from Orlando, FL to 40-degree Green Bay, WI,” press secretary Kayleigh McEnany tweeted, in response to some supporters apparently preparing to spend the night in tents while they wait for the rally.

I’ve seen it first-hand. These amazing supporters truly do camp out from Orlando, FL to 40-degree Green Bay, WI‼️https://t.co/X4namQjP5y

Trump has a close connection to Florida. He often uses his Mar-a-Lago resort as a second presidential retreat and he campaigned heavily in the state during the 2016 election. Trump is likely counting on picking up Florida again in 2020 if he wants a second term in the White House.