The most iconic U.S. national parks need billions of dollars in maintenance to repair crumbling roads, dilapidated buildings, rundown campsites and leaky pipelines, according to experts and federal government figures.

The Interior Department has been grappling with its growing deferred maintenance backlog for years even as millions of people visit national parks every year. Park advocates worry the growing need for repairs could not only ruin a visitor’s experience but also damage natural habitats.

Road repairs make up most of NPS’s deferred maintenance backlog, according to a recent PERC report. But eroded trails, leaky roofs, old buildings and water pipes are also in need of billions of dollars worth of repairs. 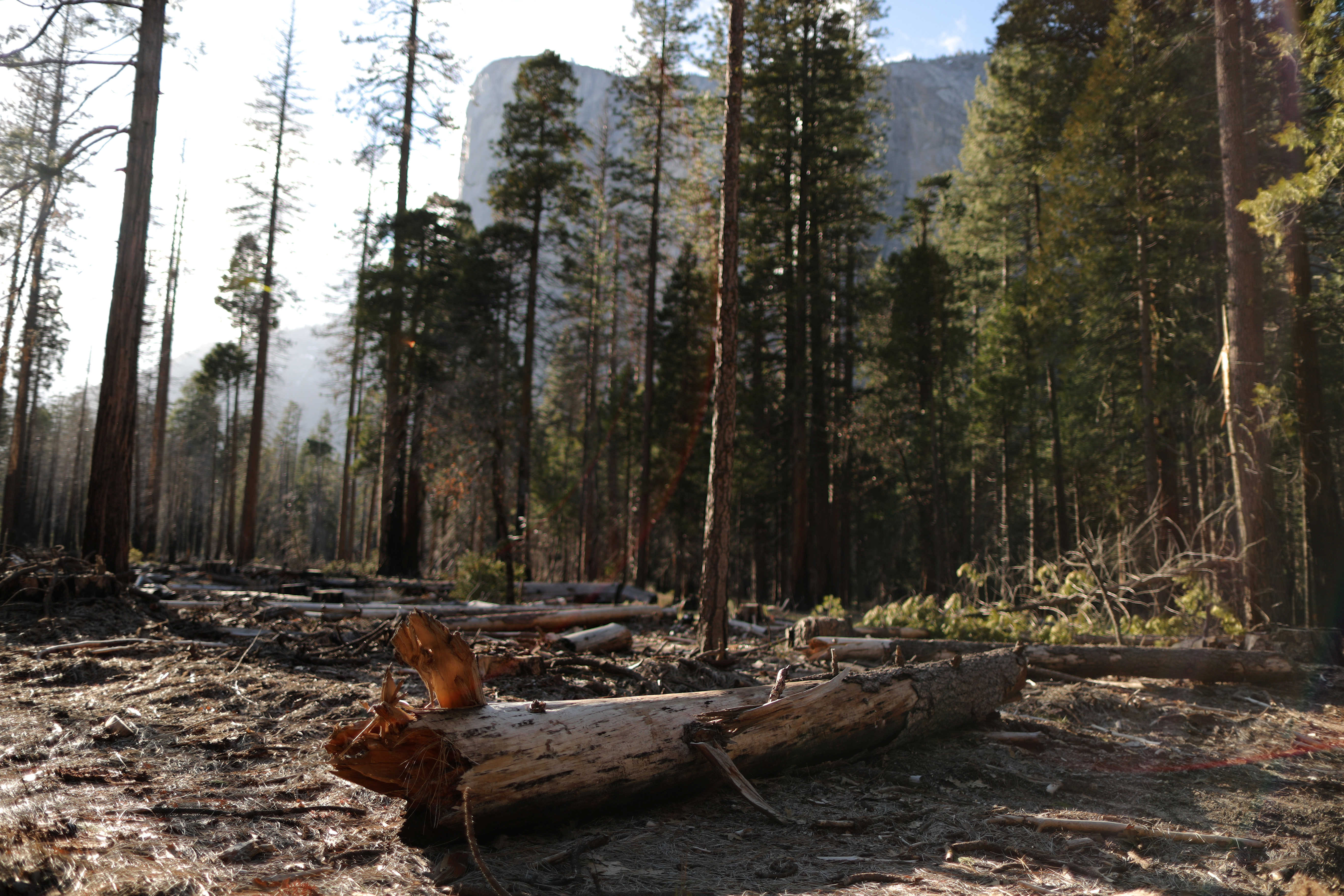 Congress allowed the backlog to get out of hand, Regan said, by focusing on acquiring new park lands over appropriating enough money to pay for what the Interior Department already managed.

“It’s more politically-appealing to open a new park than fix a leaky wastewater system,” Regan said. “Congress has prioritized the acquisition of new parks over the maintenance of existing parks.”

NPS fixed the problem, but there are “plenty of documented cases in places like Yellowstone and Yosemite of wastewater leaking into rivers and streams,” Regan said.

Yosemite’s maintenance backlog topped $645 million in 2018, according to NPS figures. Roughly $80 million of that backlog is for repairs needed at water treatment plants that NPCA fears could spill sewage into nearby rivers if left in disrepair.

The park faces more than $313 million in deferred maintenance, according to NPS. Other park units in Arizona are in need of nearly $200 million worth of repairs.

“The longer you let these problems go the more costly they become,” Garder said.

The maintenance backlog goes beyond just NPS-managed lands. In total, the Interior Department faces $18 billion in deferred maintenance when lands managed by the Bureau of Land Management, U.S. Fish and Wildlife Service and other agencies are factored in. (RELATED: ‘Climate Change’ Isn’t Alarming Enough For The Liberal Media. Here’s What They Now Call It) 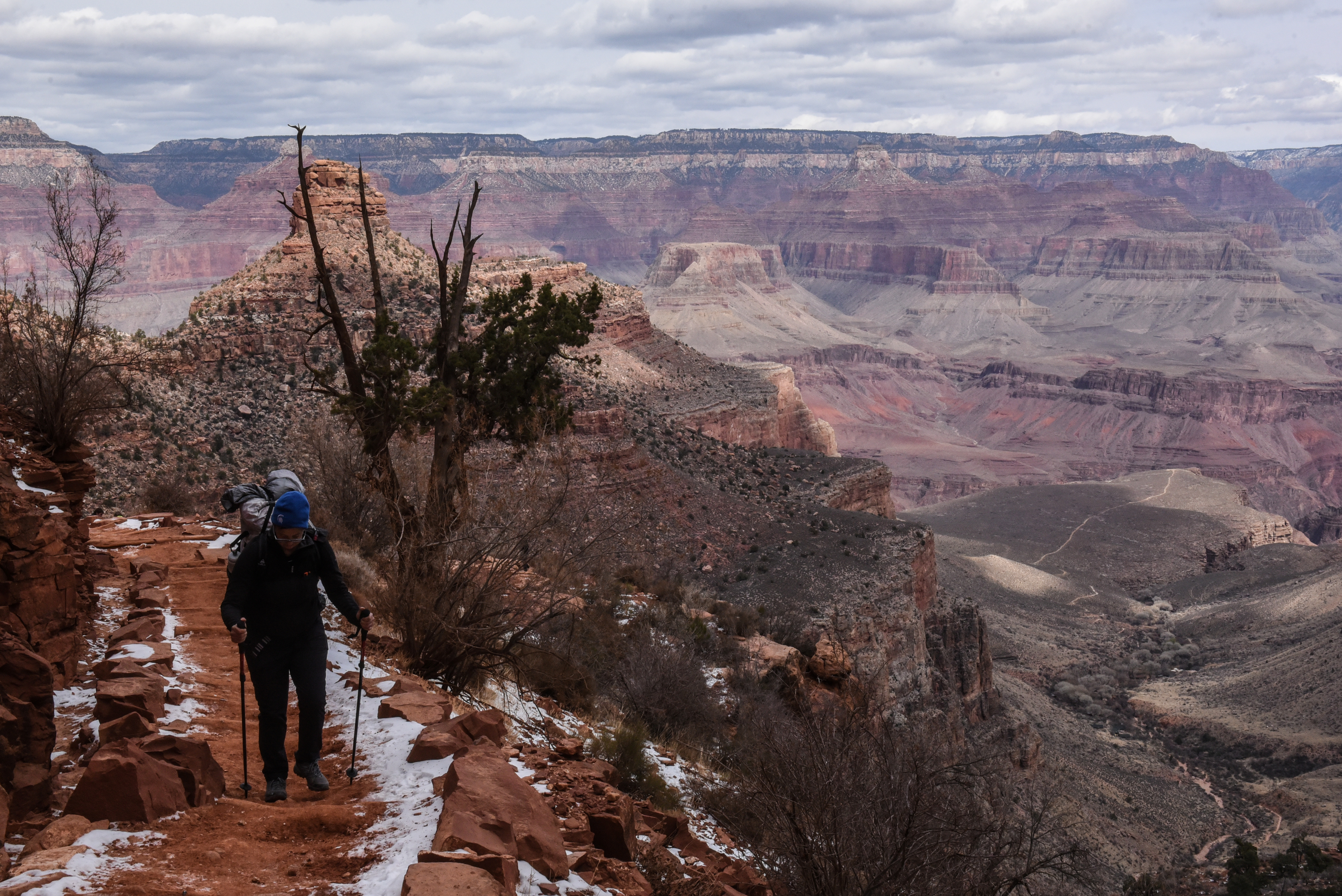 “Right behind us, the boardwalk around Old Faithful is in need of repair so that the thousands of visitors every day can enjoy the world famous geyser,” Interior Secretary David Bernhardt told an audience at Yellowstone National Park on Thursday.

Bernhardt, who was confirmed by the Senate in April, joined Vice President Mike Pence at Yellowstone, one of the most iconic U.S. national parks. Yellowstone has a $585 million deferred maintenance backlog.

“Decades of inaction have gotten us to this point. But the Trump Administration has proposed a solution,” Bernhardt said.

The Trump administration’s 2019 budget plan called for creating Public Lands Infrastructure Fund (PLIF) to use revenues from onshore and offshore energy leases to whittle away at the maintenance backlog. 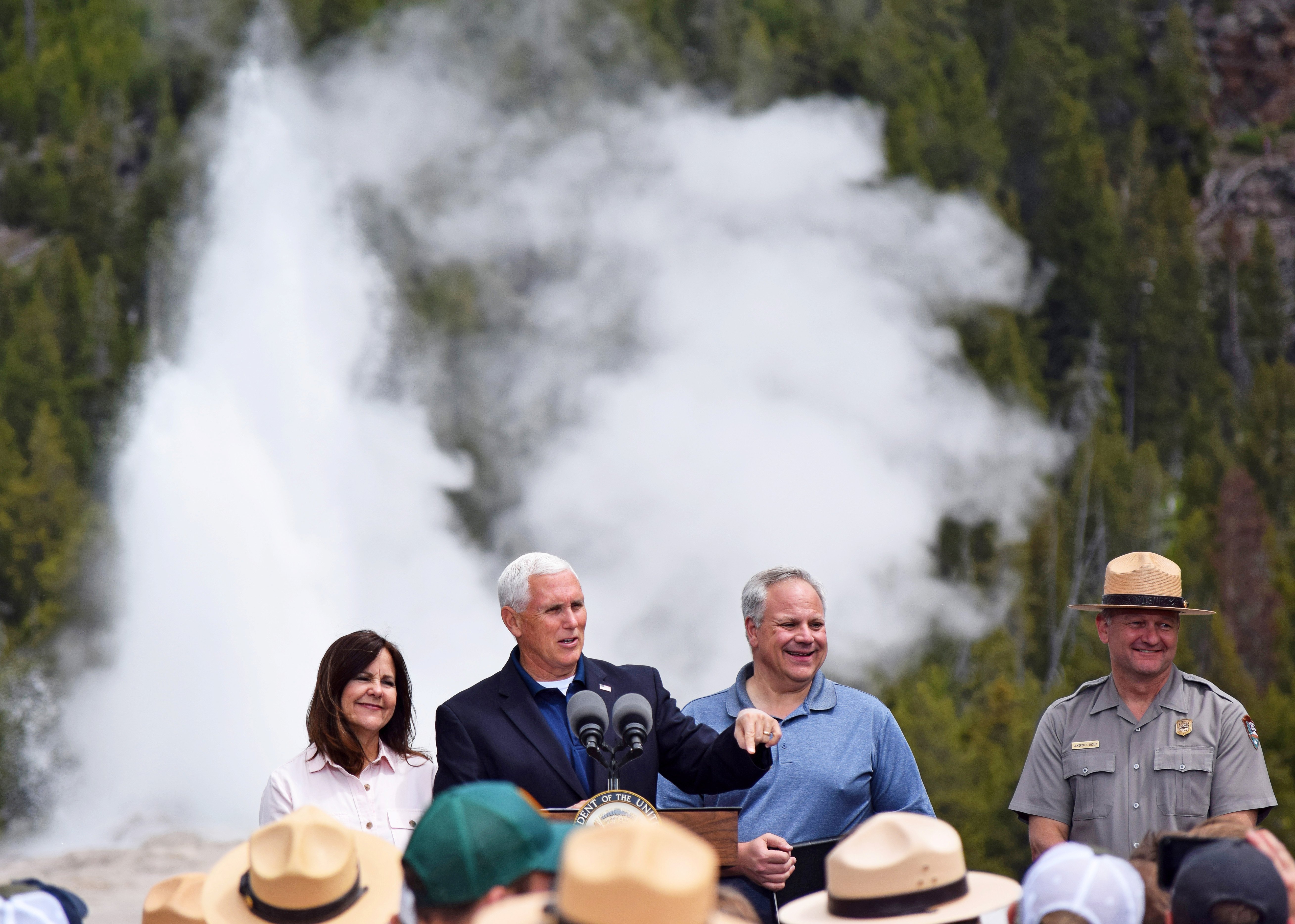 Congress answered with legislation to create a $6.5 billion five-year fund to tackle the growing backlog. Bipartisan bills introduced in the House and Senate would divert unassigned energy royalties to fund park maintenance, up to $1.3 billion a year.

“Our parks are treasures, the perfect backdrop to a great love story,” Utah Rep. Rob Bishop, the ranking Republican on the House Committee on Natural Resources, said in February.

“This bipartisan bill will put us on the path to improving our parks for future generations,” Bishop said on introducing legislation aimed at reducing the maintenance backlog.

Senate legislation has 36 co-sponsors, and a similar House bill has more than 90 co-sponsors. Garder said NPCA supports the bipartisan bills, but Regan suggested new user fees could also eat away at the maintenance backlog. 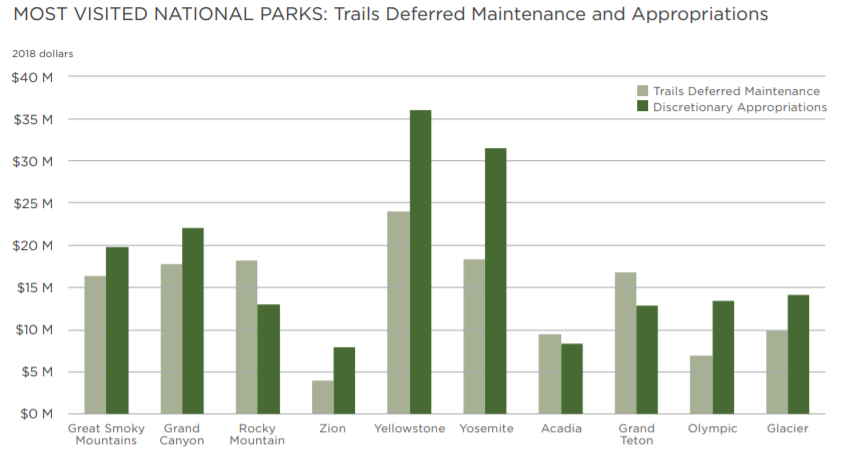 Regan said user fees would help parks move away from “unreliable appropriations from Congress” that often aren’t enough to even repair damaged and eroded hiking trails.