Growing numbers of Hollywood celebrities are protesting restrictive abortion legislation in Georgia, threatening to take their acting elsewhere should the legislation take effect.

The bill outlaws abortion after a child’s heartbeat can be detected and makes exceptions for rape if the woman writes a police report first. It also makes exceptions for incest and when the mother’s life is in danger. (RELATED: Disney Threatens To Boycott Georgia But Partners With China, Which Puts Muslims In Internment Camps) 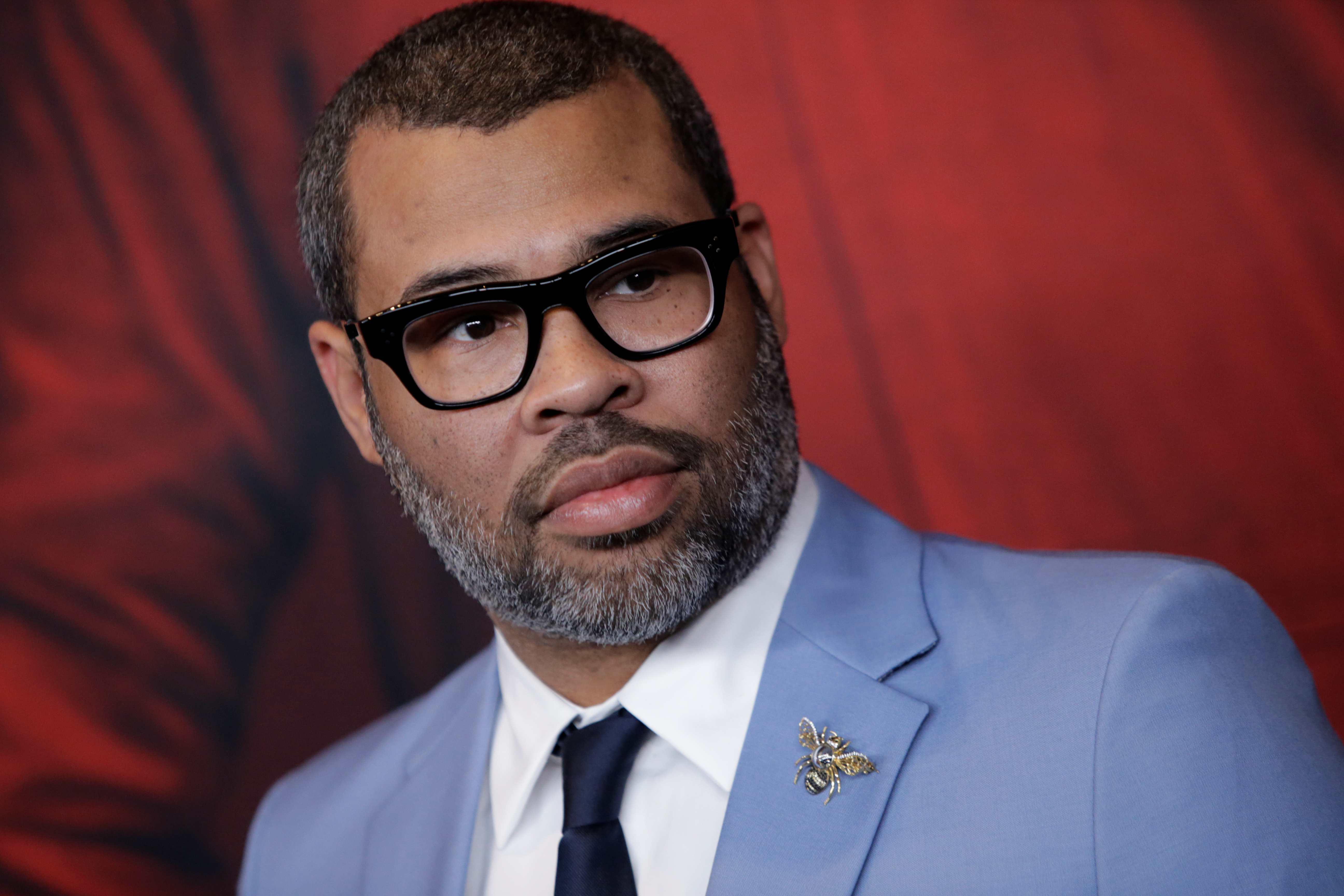 Comedian, actor and filmmaker Jordan Peele announced in a joint statement with J.J Abrams that they will donate 100% of the funds they make from episodes of their new show Lovecraft Country to the ACLU of Georgia and Fair Fight Georgia, according to The Hollywood Reporter.

“In a few weeks we start shooting our new show, Lovecraft Country, and will do so standing shoulder to shoulder with the women of Georgia,” Peel and Abrams said in a joint statement.

“Governor Kemp’s ‘Fetal Heartbeat’ Abortion Law is an unconstitutional effort to further restrict women and their health providers from making private medical decisions on their terms,” the statement added. “Make no mistake, this is an attack aimed squarely and purposely at women.” 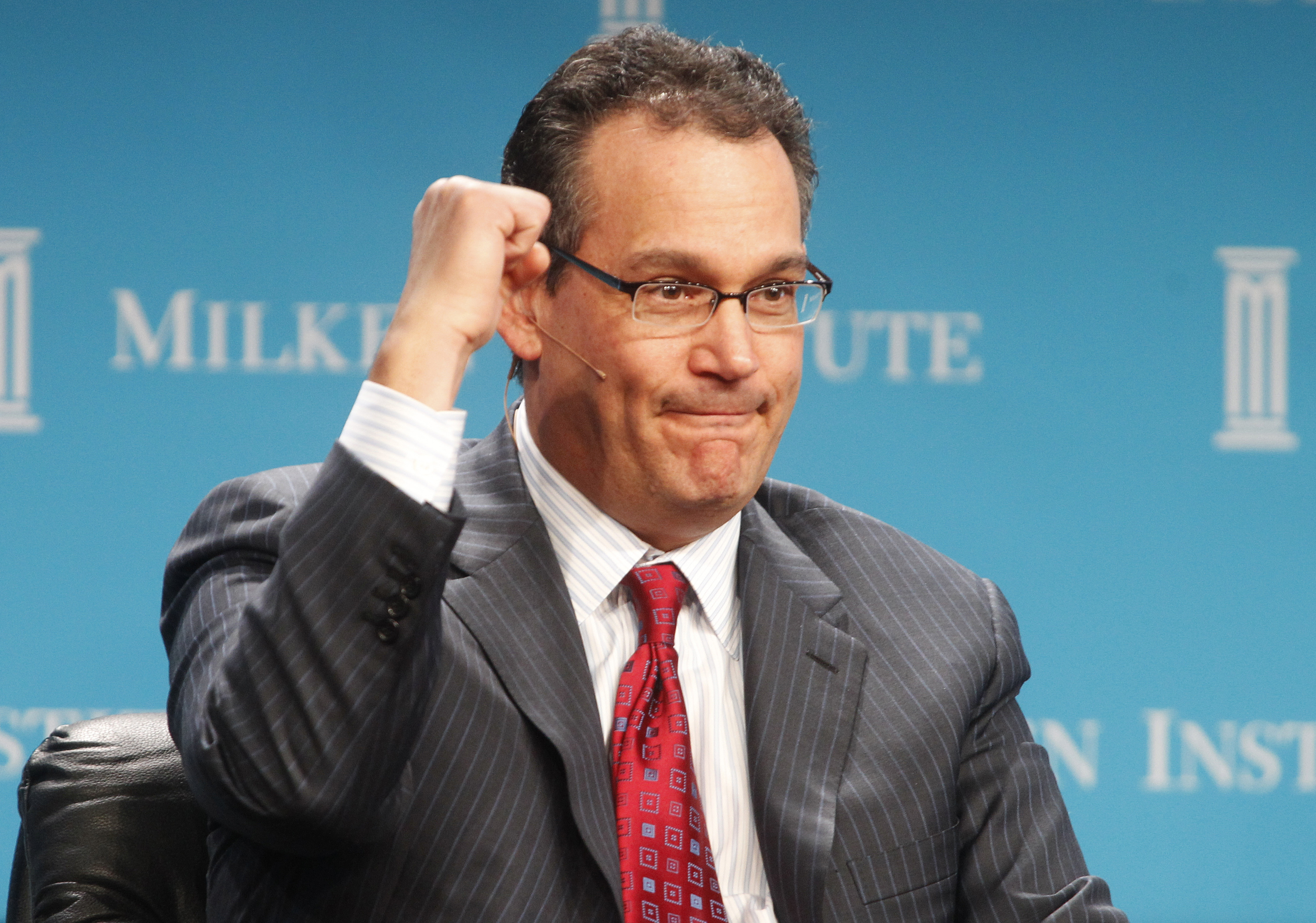 David Simon, who heads Blown Deadline Productions and is the creator of “The Wire” and “The Deuce,” said in a May tweet that he would not ask any female staff members to compromise themselves by working in Georgia.

“I can’t ask any female member of any film production with which I am involved to so marginalize themselves or compromise their inalienable authority over their own bodies,” Simon wrote. “I must undertake production where the rights of all citizens remain intact. Other filmmakers will see this.”

I can’t ask any female member of any film production with which I am involved to so marginalize themselves or compromise their inalienable authority over their own bodies. I must undertake production where the rights of all citizens remain intact. Other filmmakers will see this. https://t.co/V2xDPKiMpo

“Can only speak for my production company,” Simon added in another tweet. “Our comparative assessments of locations for upcoming development will pull Georgia off the list until we can be assured the health options and civil liberties of our female colleagues are unimpaired.”

Can only speak for my production company. Our comparative assessments of locations for upcoming development will pull Georgia off the list until we can be assured the health options and civil liberties of our female colleagues are unimpaired. https://t.co/WTb0tj95zH 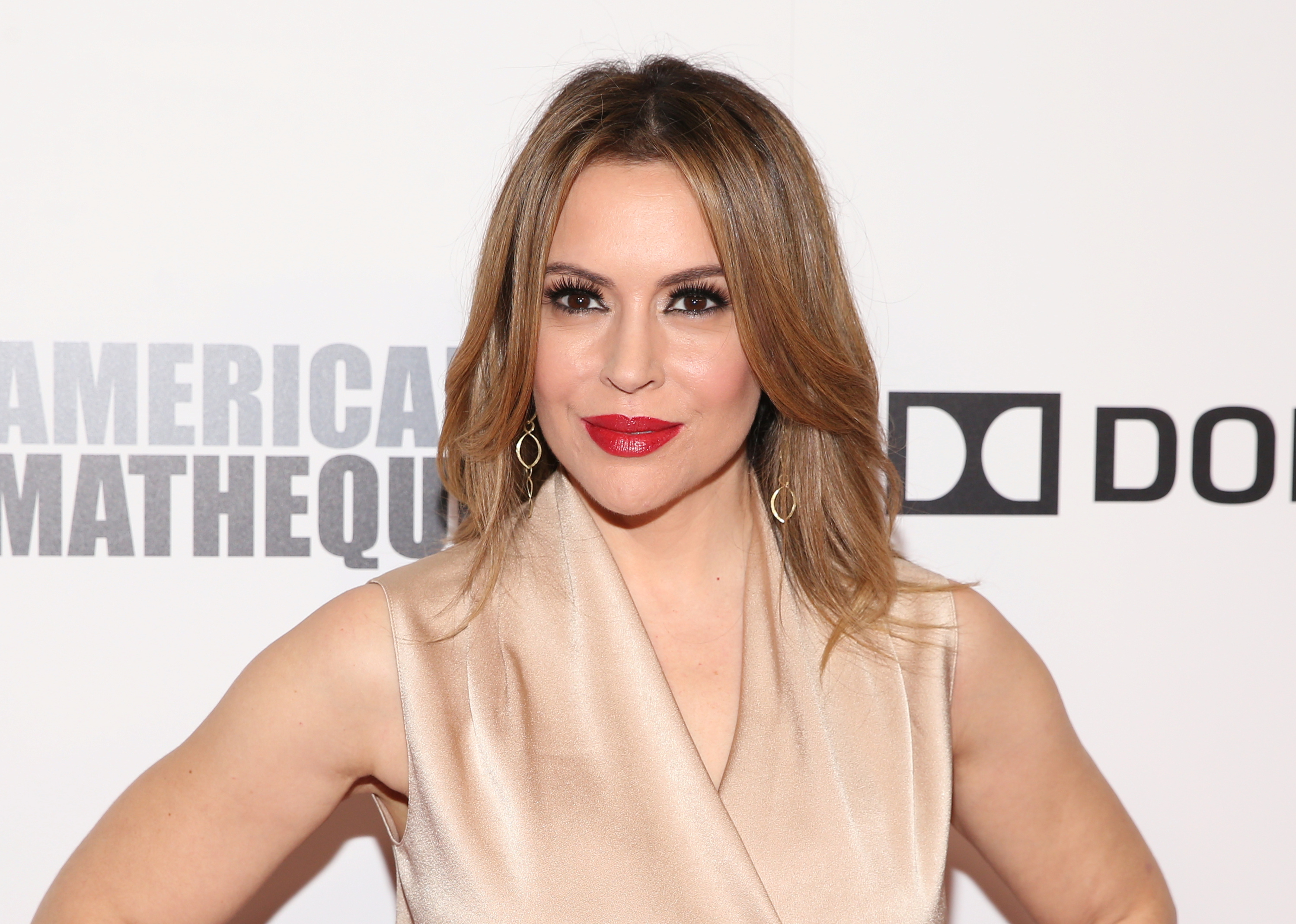 Actress Alyssa Milano wrote an open letter protesting Georgia’s Heartbeat Bill in March signed by large numbers of celebrities including Ben Stiller, Alec Baldwin and Amy Schumer. Milano is filming her show “Insatiable” in Georgia but claims she will not do so if the legislation goes into effect, according to CNN.

To @BrianKempGA & Speaker Ralston:
Attached, is an open letter signed by 50 actors against #HB481. On behalf of the undersigned–as people often called to work in GA or those of us contractually bound to work in GA–we hope you’ll reconsider signing this bill. #HBIsBadForBusiness pic.twitter.com/DsOmAWYU2x

“This dangerous and deeply-flawed bill mimics many others which have already been deemed unconstitutional,” said Milano’s letter, according to CNN. “As men who identify as small-government conservatives, we remind you that government is never bigger than when it is inside a woman’s body or in her doctor’s office.”

Milano said she will do everything in her power “to get as many productions as possible — including ‘Insatiable’ — to move out of this state which continues to put forth oppressive, hurtful policy that contradicts everything the entertainment industry stands for.” 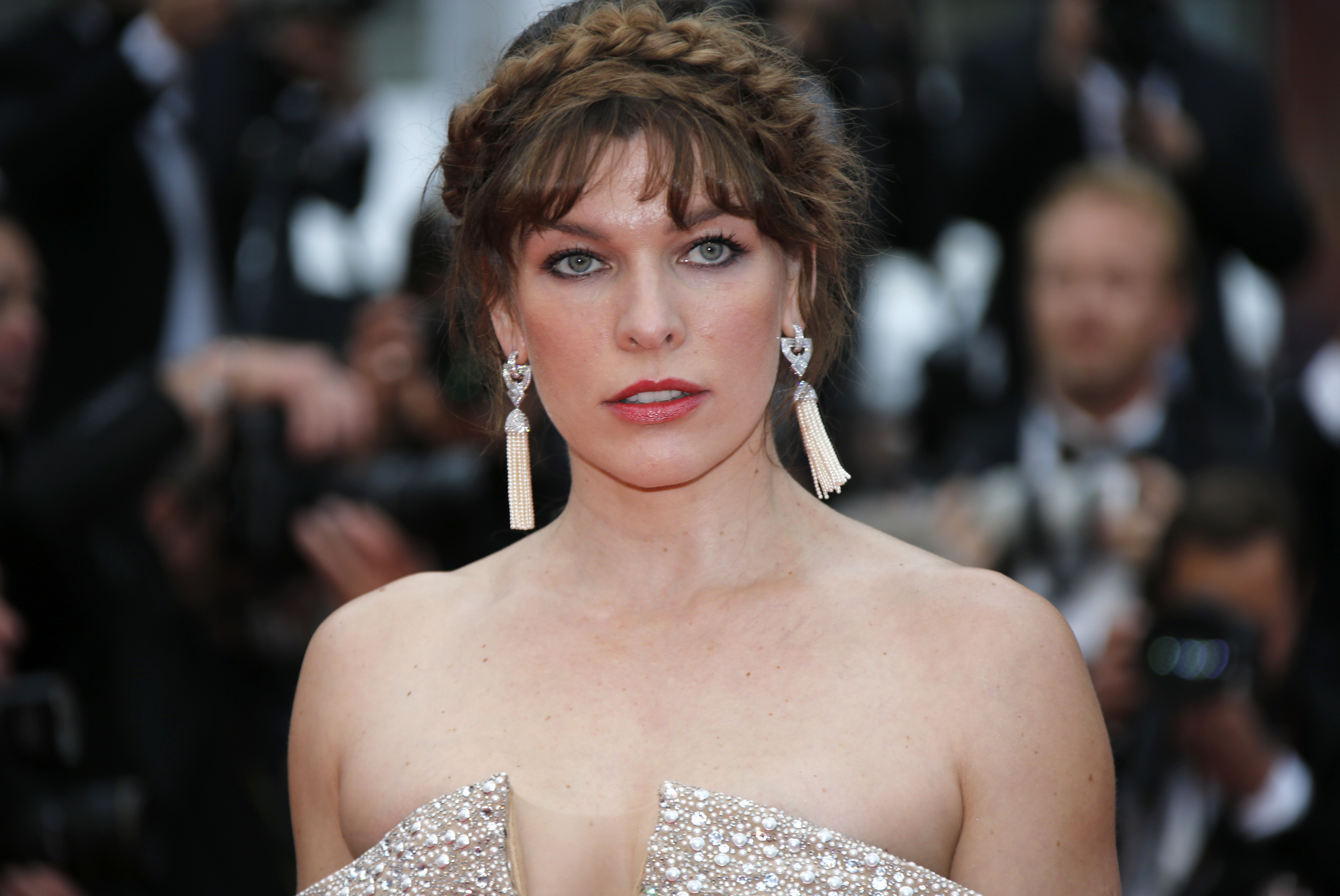 In a May Instagram post detailing her thoughts on the Georgia abortion law, actress Milla Jovovich spoke out about her “horrific” abortion two years ago, saying the procedure was “one of the most horrific experiences” of her life.

The actress’ Instagram discussed what she called “draconian” abortion legislation.

“Our rights as women to obtain safe abortions by experienced doctors are again at stake,” Jovovich wrote in her Instagram. “Last Tuesday, Georgia Governor Brian Kemp signed a draconian bill into law that outlaws all abortions after six weeks — before most women even realize they’re pregnant — including in cases of RAPE OR INCEST.”

The Georgia abortion law does, in fact, make exceptions for rape or incest.

“This makes Georgia the sixth state to pass such a restrictive six-week abortion ban, joining Ohio, Mississippi, Kentucky, Iowa, and North Dakota,” Jovovich added. “These laws haven’t been passed yet, but lawmakers in these states are trying.”

I don’t like to get political and I try to only do it if a really have to and this is one of those times. If someone doesn’t want to continue reading, you have been warned. Our rights as women to obtain safe abortions by experienced doctors are again at stake. Last Tuesday, Georgia Governor Brian Kemp signed a draconian bill into law that outlaws all abortions after six weeks — before most women even realize they’re pregnant — including in cases of RAPE OR INCEST. This makes Georgia the sixth state to pass such a restrictive six-week abortion ban, joining Ohio, Mississippi, Kentucky, Iowa, and North Dakota. These laws haven’t been passed yet, but lawmakers in these states are trying. Abortion is hard enough for women on an emotional level without having to go through it in potentially unsafe and unsanitary conditions. I myself went through an emergency abortion 2 years ago. I was 4 1/2 months pregnant and shooting on location in Eastern Europe. I went into pre term labor and told that I had to be awake for the whole procedure. It was one of the most horrific experiences I have ever gone through. I still have nightmares about it. I was alone and helpless. When I think about the fact that women might have to face abortions in even worse conditions than I did because of new laws, my stomach turns. I spiraled into one of the worst depressions of my life and had to work extremely hard to find my way out. I took time off of my career. I isolated myself for months and had to keep a strong face for my two amazing kids. I started gardening, eating healthier and going to the gym everyday because I didn’t want to jump into taking anti depressants unless I had tried every other alternative. Thank God I was able to find my way out of that personal hell without turning to medication, but the memory of what I went through and what I lost will be with me till the day I die. Abortion is a nightmare at its best. No woman wants to go through that. But we have to fight to make sure our rights are preserved to obtain a safe one if we need to. I never wanted to speak about this experience. But I cannot remain silent when so much is at stake. #prochoice #prochoicegeneration

The comedian and actress postponed her June 22 show at Fox Theatre in Atlanta, saying she could not “in good faith perform there.”

“After much deliberation, I am postponing my upcoming show in Atlanta,” Haddish said in a statement Saturday. “I love the state of Georgia, but I need to stand with women and until they withdraw Measure HB481, I cannot in good faith perform there.” (RELATED: These Are The Hollywood Studios Threatening To Boycott Georgia Over The Heartbeat Law)

A growing number of Hollywood studios have said they will consider no longer conducting their filming business in Georgia should the heartbeat law take effect in 2020, including Netflix, Disney, NBC Universal, Warner Media, Sony, Viacom, AMC, STX Entertainment and CBS Showtime.

1
'What, Are You Working For CNN?' Trump Takes Issue With Question From Fox News' John Roberts
Politics
2
Chinese Markets Reopen — And They Still Sell Bats, Dogs And Cats
World
3
Behaving 'Like The Political Opposition': White House Reporter Jonathan Karl Blasts CNN's Jim Acosta In New Book
Media
4
Japan's Deputy Prime Minister Says The WHO Should Change Name To The China Health Organization
World
5
Maria Bartiromo Was Accused Of 'Misinformation' After Prediction That There Will Be 'Hundreds Of Thousands' Of US Coronavirus Cases
Media