Republicans say House Democrats are trying to hijack a major border bill by attaching controversial riders to the legislation that would empower human smugglers and traffickers.

The new fight comes as the White House requests $4.5 billion in emergency funding, the majority of which would be earmarked to Health and Human Services (HHS), to address the influx of Central American migrants flooding the U.S.-Mexico border.

The House is rushing to pass a bill by the end of June, spurred by HHS’ claim that they will soon run out of money and will be unable to care for the migrant children in their custody.

“We’ll have to have a supplemental because the needs are so great,” Speaker Nancy Pelosi said last week.

“The actual texts of the proposals they’ve sent have contained provisions that would functionally nullify federal immigration law,” a source familiar told Fox, adding that the riders are “very extreme and very radical.”

One rider allegedly prevents border agents from conducting asylum interviews, a direct challenge to one of the administration’s plans to speed up the vetting process for migrants claiming asylum. U.S. officials said in May they intended to train border agents to conduct “credible fear” interviews. (RELATED: Border Agents Will Soon Have Ability To Decide Asylum Cases On The Spot) 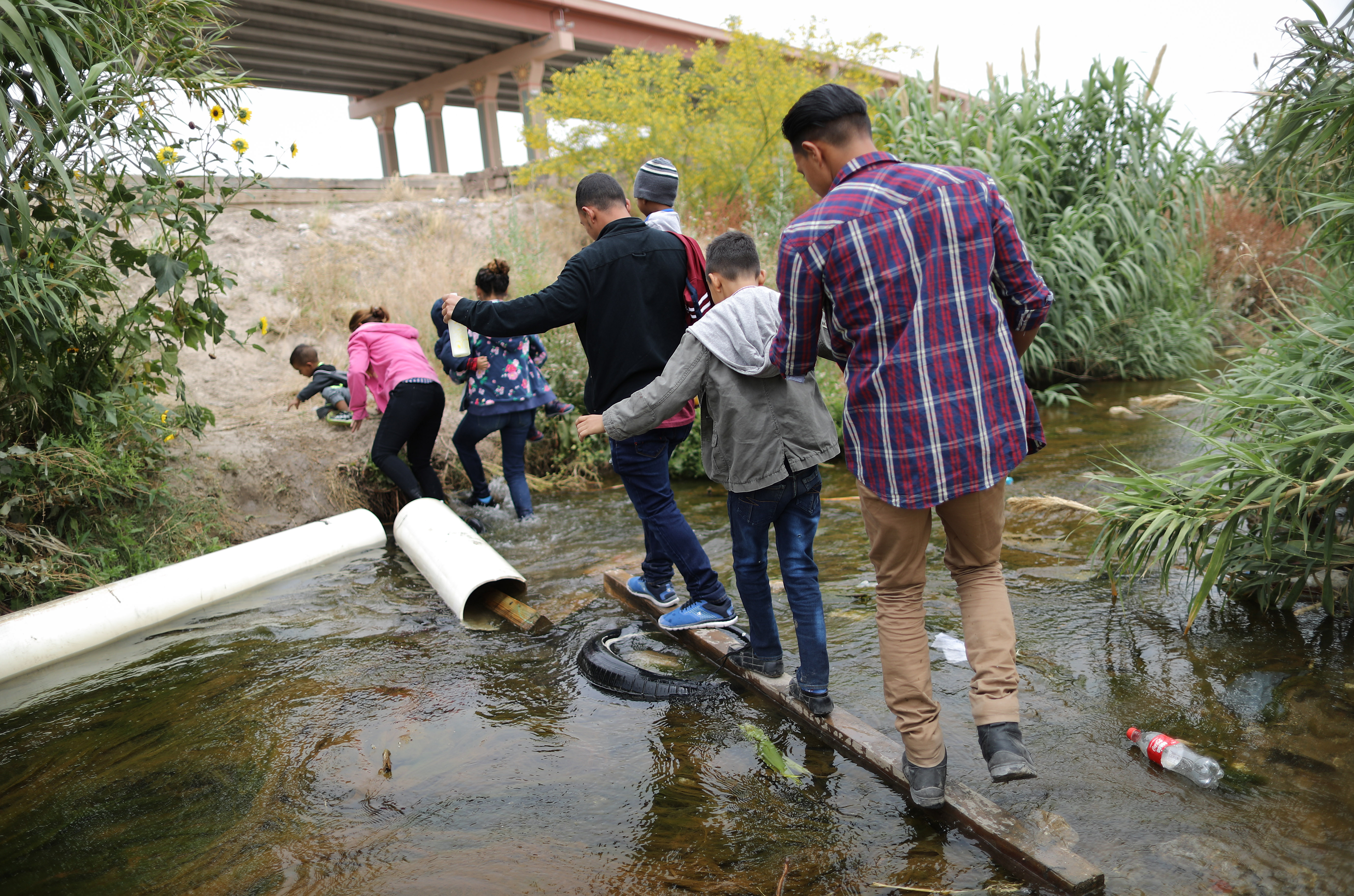 CIUDAD JUAREZ, MEXICO – MAY 20: Migrants cross the border between the U.S. and Mexico at the Rio Grande river, as they enter El Paso, Texas, on May 20, 2019 as taken from Ciudad Juarez, Mexico. (Photo by Mario Tama/Getty Images)

Another rider reportedly pushed by Democrats would block HHS from sharing information about sponsors or potential sponsors of child migrants with the Department of Homeland Security (DHS), which Republicans say would prevent HHS from reporting child smugglers and traffickers for potential removal.

Similarly, the government would have to notify illegal immigrants in advance that their illegal status will not be used against them if they sponsor and bring an unaccompanied child to the U.S. That child will also be delivered to them without “any reservations.”

“So we’d not only be protecting the child smuggling loop, we’d be advertising the child smuggling loop to illegal aliens throughout the United States who would in turn then be able to have confidence they could pay a smuggler in a transnational criminal organization to smuggle a child into the country that we would then tell them we would deliver to them regardless of the law breaking involved,” a Republican source said.

Florida Republican Rep. Matt Gaetz slammed Democrats in the wake of Fox’s report on the riders.

“Democrats’ radical demands show that they are fundamentally unserious about addressing the crisis on our southern border,” Gaetz’s office told IJR Red. “I hope the American people will see the sad truth: Republicans are ready to work on solutions, but Democrats continue standing in the way of progress.”