A group of House Republicans led by Texas Rep. Chip Roy held a press conference on Tuesday, asking House Speaker Nancy Pelosi and House Democrats to pass legislation in order to fix the crisis at the border.

“We should vote, but let us be clear that we should vote on something that is actually going to solve the problem. It is not enough just to vote, although I welcome a vote. We need to make sure that the border crisis is going to be dealt with, not just the humanitarian relief but also dealing with the needs that we have to deal with the flow and being overrun at the border,” Roy said to TheDC.

“We welcome the conversation, we welcome a sit-down, and we welcome the ability to vote. That is what the American people want us to do, but we also need to solve the problem,” Roy continued. 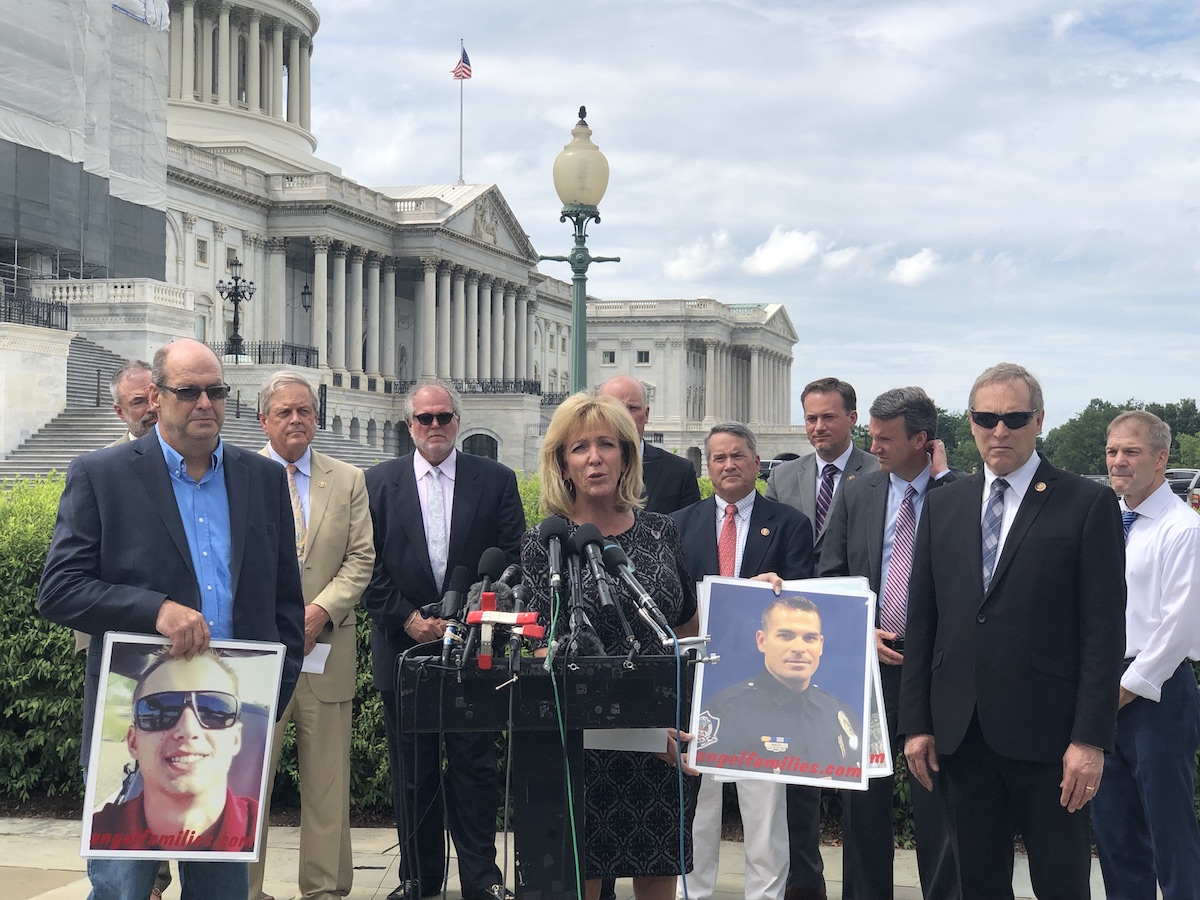 Rep. Chip Roy and other members of Congress give a press conference about the crisis at the border (Photo via. Henry Rodgers:TheDC)

In late May, Roy blocked a disaster aid bill in the House by objecting to a unanimous consent vote Friday, delaying $19.1 billion dollars of aid, to get members of Congress to be present for an actual vote, saying members of Congress should be working non-stop to fix the issues they were elected to fix.

“Right now I believe that Congress should not be on autopilot while our southern border of Texas is essentially under assault by a cartel-driven asylum crisis. We have to make sure that the border crisis is dealt with and that migrants are properly cared for but that we stop the flow. We have to stop allowing cartels to profit by moving people across our border in the most powerful nation in the world,” Roy continued.

This all comes as apprehensions of immigrants have increased every month since January. There have also been over 100,000 encounters at the southern border in both March and April, making it so the border crisis is on track to be the highest it has been in a decade. (RELATED: House Passes Mass Amnesty Bill Which Would Give Millions Of Illegal Immigrants A Path To Citizenship) 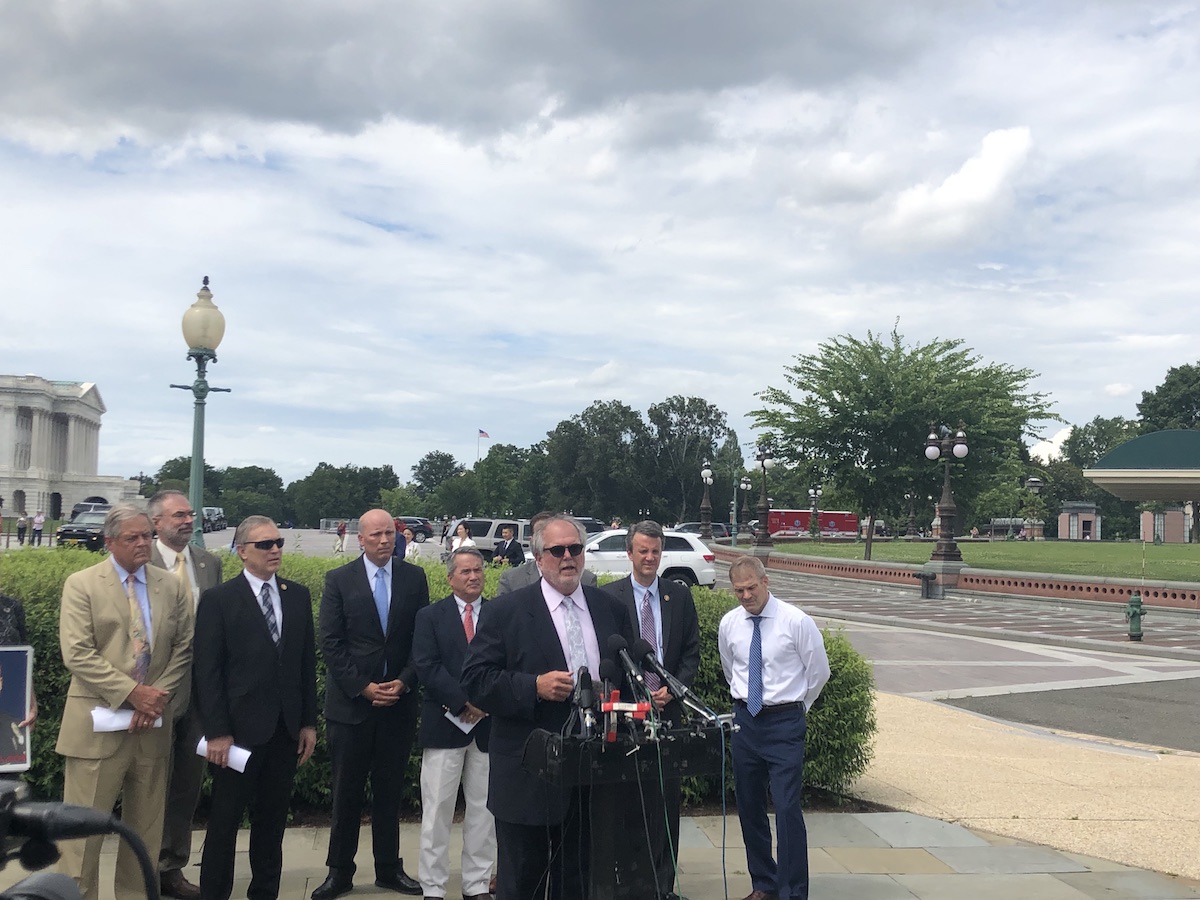 Rep. Chip Roy and other members of Congress give a press conference about the crisis at the border. (Photo via. Henry Rodgers: TheDC)

“This is something the White House said is critical, we need to deal with the asylum situation because it’s a crisis on the border, and until the Democrats recognize that there is an actual crisis it’s hard… Hopefully, we can work going forward,” Jordan said to TheDC.

“That’s why we’re drawing attention to it because they’re so focused on saying things like we want a borderless hemisphere, walls are immoral, abolish ICE, and let noncitizens vote, it’s tough for them to deal with the real crisis when you’re saying things like that and trying to cast all kinds of blame on the President,” Jordan continued.

Jordan also mentioned the drug and human trafficking problem, saying “there is enough fentanyl seized a few months back to kill 57 million Americans in one drug seizure, so this is as real as it gets.”

However, Republicans are skeptical it will not include President Donald Trump’s request for an extra $4.5 billion to address the mass influx of migrants at the southern border.

When asked about Hoyer’s aide’s comments, Hice told TheDC, “I don’t know what those adjustments would be. I’ve not been in any conversation with Mr. Hoyer on that. But yeah, listen, no one party is going to be able to, alone, address this problem. We’ve got to be able to come to the table, together, deal with the problem, and address it. This atmosphere of hyper-partisanship is destructive not only to this issue but every other critical issue facing the country, so we’ve got to come to the table.”

“At some point, we have got to address what is happening on our Southern border. We have to. So, what’s it going to take to bring them to the table? I don’t know. I hope they would understand that we have a massive crisis there now, and that’s enough for them to come. That’s what we’re calling on them to do,” Hice continued.