Former Trump campaign chairman Paul Manafort was reportedly headed for Rikers Island to await trial on the state level in New York, but he will be held in a federal facility following a letter from a Department of Justice higher-up.

Federal prison officials said Monday that Manafort, 70, will not be held at notorious Rikers Island after Deputy Attorney General Jeffrey Rosen took an interest in where Manafort was held, reported The New York Times. New York prosecutors did not object to Manafort’s attorneys’ proposal that he remain in federal custody and be made available to the state when necessary for health and safety reasons, a senior DOJ official told The Daily Caller News Foundation.

Manafort is being held at the Metropolitan Correctional Center in Lower Manhattan ahead of his arraignment later in June, federal prison officials told Manhattan prosecutors Monday, according to a source cited by The NYT. A senior DOJ official confirmed to TheDCNF that Manafort had been transported to New York since serving his sentence in Pennsylvania. (RELATED: Paul Manafort Could Be Headed To Rikers Island: Report)

Manafort could stay at the Manhattan facility or go back to the Loretto, Pennsylvania, prison where he is doing a seven-and-a-half-year sentence, people with knowledge of the matter said, according to The NYT. Both are federal facilities. 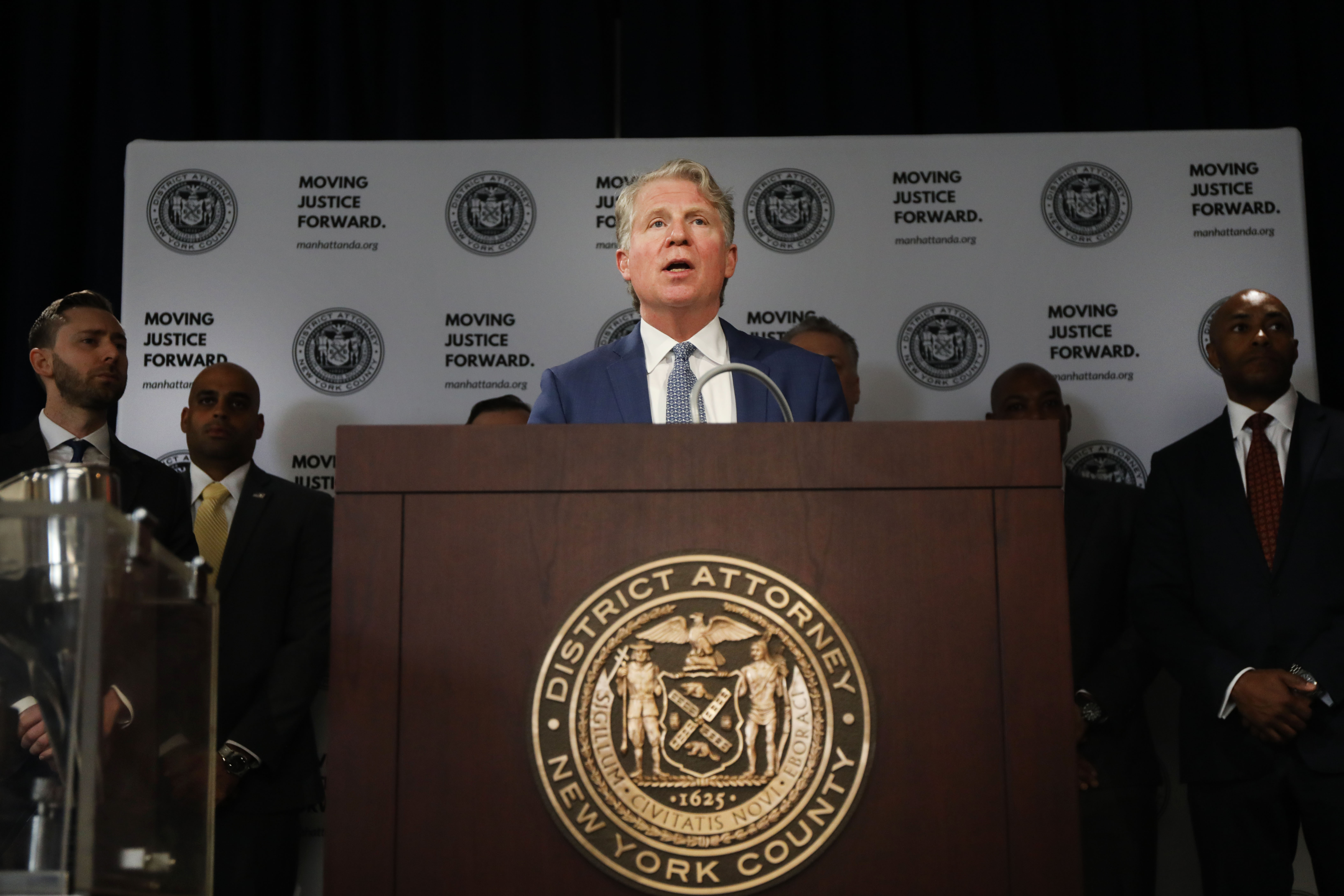 Surrounded by pictures and items seized, Manhattan District Attorney Cyrus Vance Jr. announces the take down of a crime ring run on the dark web on April 16, 2019 in New York City. (Photo by Spencer Platt/Getty Images)

Manafort is serving a federal sentence as a result of two separate trials. He pleaded guilty to and was convicted of charges related to political consulting work he did in Ukraine prior to joining the Trump campaign in 2016.

“You’ll find no example of someone like Mr. Manafort being prosecuted by the feds and then by the district attorney for exactly the same conduct,” Blanche said, according to The NYT. 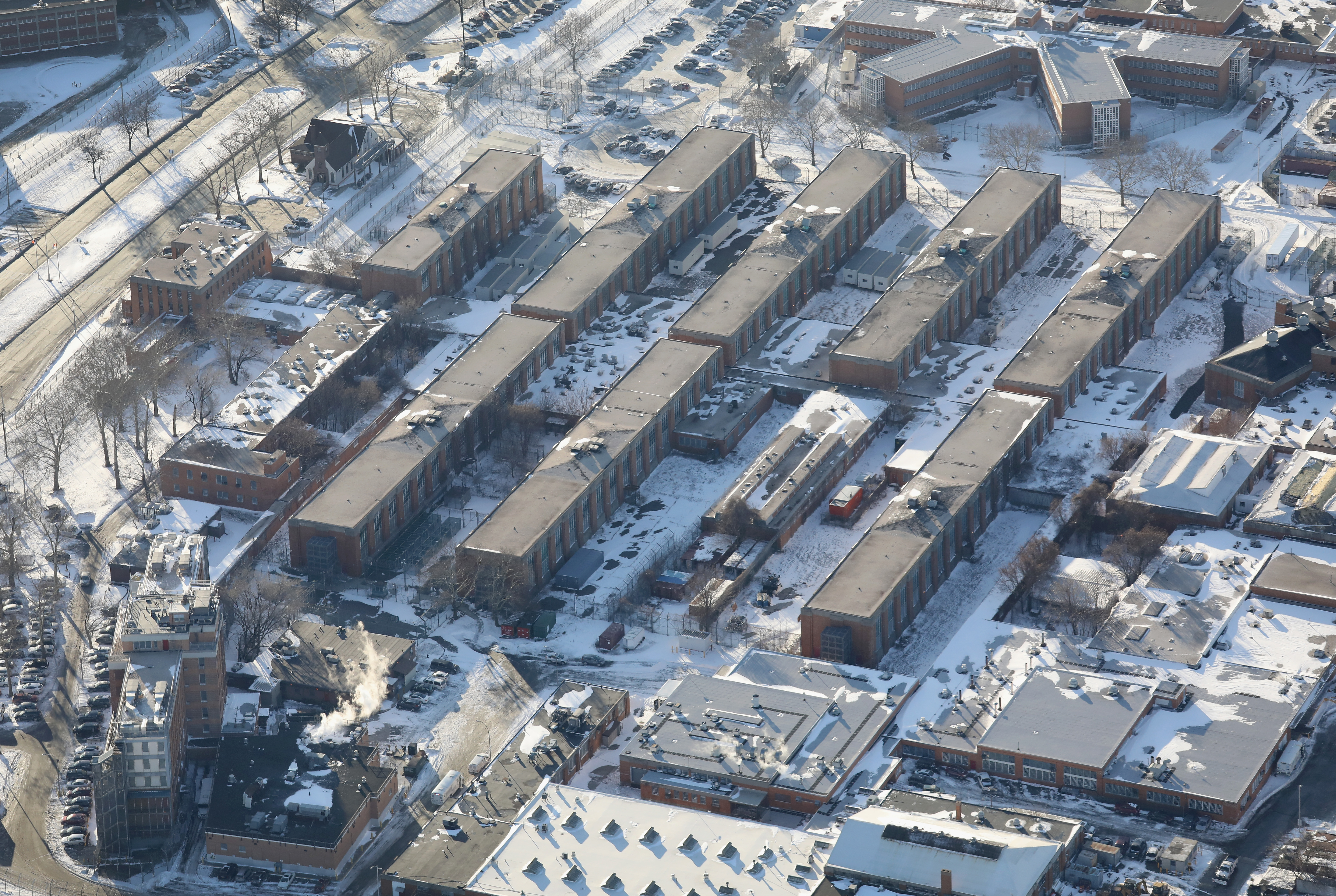 Rikers Island jail complex stands under a blanket of snow on January 5, 2018 in the Bronx borough of New York City. Under frigid temperatures, New York City dug out from the “Bomb Cyclone.” (Photo by John Moore/Getty Images)

Blanche acknowledged the decision not to hold Manafort at Rikers as well as that Rosen’s involvement was unusual. He asked the warden at the federal prison in Pennsylvania not to allow Manafort to be transferred to state custody because of the prisoner’s health issues in a May 17 letter, reported The NYT.

Vance is against allowing Manafort to stay in Pennsylvania and travel to New York because other inmates are not allowed the same treatment, he said in a letter according to The NYT.

The NYT reported that Manafort would “most likely be held in solitary confinement while facing state fraud charges” when first writing about the possibility that he go to Rikers, citing people with knowledge of the matter. But solitary confinement is only used at Rikers in connection with violations of department rules, the New York City Department of Correction told TheDCNF earlier in June.

Rikers Island is in the running for most infamous jail in the U.S., and that’s not only because of its notorious former inmates including the Son of Sam and John Lennon’s killer, Mark David Chapman, reported Fox News. Democratic New York City Mayor Bill de Blasio said he wanted to shut down Rikers in 2017 after numerous incidents, like the suicide of former inmate Kalief Browder in 2015. 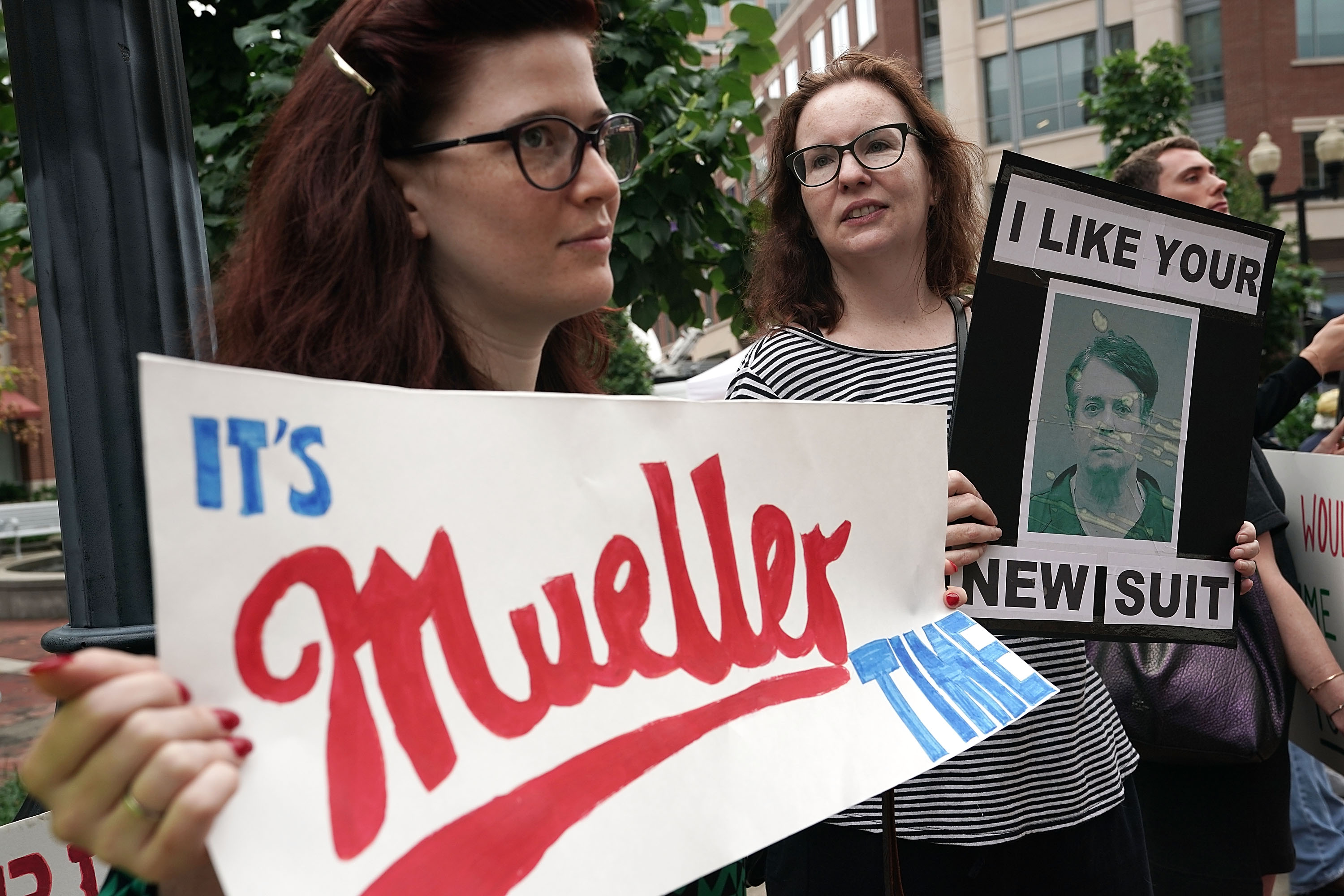 Activists hold signs during a protest outside the Albert V. Bryan United States Courthouse prior to the first day of the trial of former Trump campaign chairman Paul Manafort July 31, 2018 in Alexandria, Virginia. (Photo by Alex Wong/Getty Images)

Manafort, a former lobbyist, was convicted on charges of tax illegalities brought by special counsel Robert Mueller as part of his Russian interference investigation.

The Federal Bureau of Prisons did not immediately respond to TheDCNF’s requests for comment.