A pro-life former judge appointed by the Missouri governor will be a member of the panel that could be reviewing the fate of the state’s last abortion clinic.

Republican Missouri Gov. Mike Parson appointed former Macon County Associate Circuit Judge Philip Prewitt to the Administrative Hearing Commission on June 3. A judge ordered that health officials in the Department of Health and Human Services make a decision by Friday on whether the last abortion clinic in Missouri will have its license renewed, according to The Missouri Times. Prewitt’s panel would potentially adjudicate the dispute between the clinic and the health department.

Parson signed the Missouri Stands for the Unborn Act, H.B. 126, into law in May, saying his “pro-life administration will not back down.”

It’s time to make Missouri the most Pro-Life state in the country! Thanks to leaders in the House and Senate, we are one vote away from passing one of the strongest #ProLife bills in the country – standing for life, protecting women’s health, and advocating for the unborn.

Prewitt formerly served as an associate circuit judge, but lost his re-election and resigned early from office in December 2018, reported The Associated Press. The former judge was criticized in 2015 for support of the pro-life pregnancy center Ray of Hope Pregnancy Care Ministries. Prewitt vocally supported the charity and posted about the pregnancy center on social media.

The Missouri Commission on Retirement, Removal and Discipline examined Prewitt’s Facebook posts in 2015 and said they violated a Supreme Court law that prevents judges from personally participating “in the solicitation of funds or other fundraising activities.”

“I am happy to be supporting Ray of Hope Pregnancy Center again at their fundraising dinner,” Prewitt posted on Facebook in 2014, according to the AP. “Even if you didn’t attend, consider donating to this wonderful organization.”

The commission reprimanded Prewitt for his conduct on a social media account affiliated with his title as a judge, but noted Prewitt did not have a history of complaints, he was “cooperative and truthful,” and he “ceased Facebook postings involving charitable fundraising and limited his political postings to thanking his supporters after the election, inviting them to attend his swearing in, and providing directions to the courthouse.”

Prewitt said the reprimand will not inhibit his ability to act on the upcoming panel.

“I don’t see where it would be a conflict,” Prewitt told the AP. “It doesn’t violate the judicial rules, so I don’t see how it would violate any commissioner rules either.”

He also said the cases are assigned on a rotating basis, so the abortion case could potentially be assigned to another commissioner, according to the AP.

A spokesman from Parson’s office said the governor’s office was aware of the reprimand when Parson appointed Prewitt and that he was appointed based on his past military service and experience as a judge rather than his pro-life stances.

Prewitt has not yet responded to a request for comment from The Daily Caller News Foundation.

Prewitt and other members of the panel will examine the hotly contested case of the last abortion clinic in Missouri. The Missouri Department of Health and Senior Services refused to renew the St. Louis Planned Parenthood abortion clinic’s over patient safety concerns. 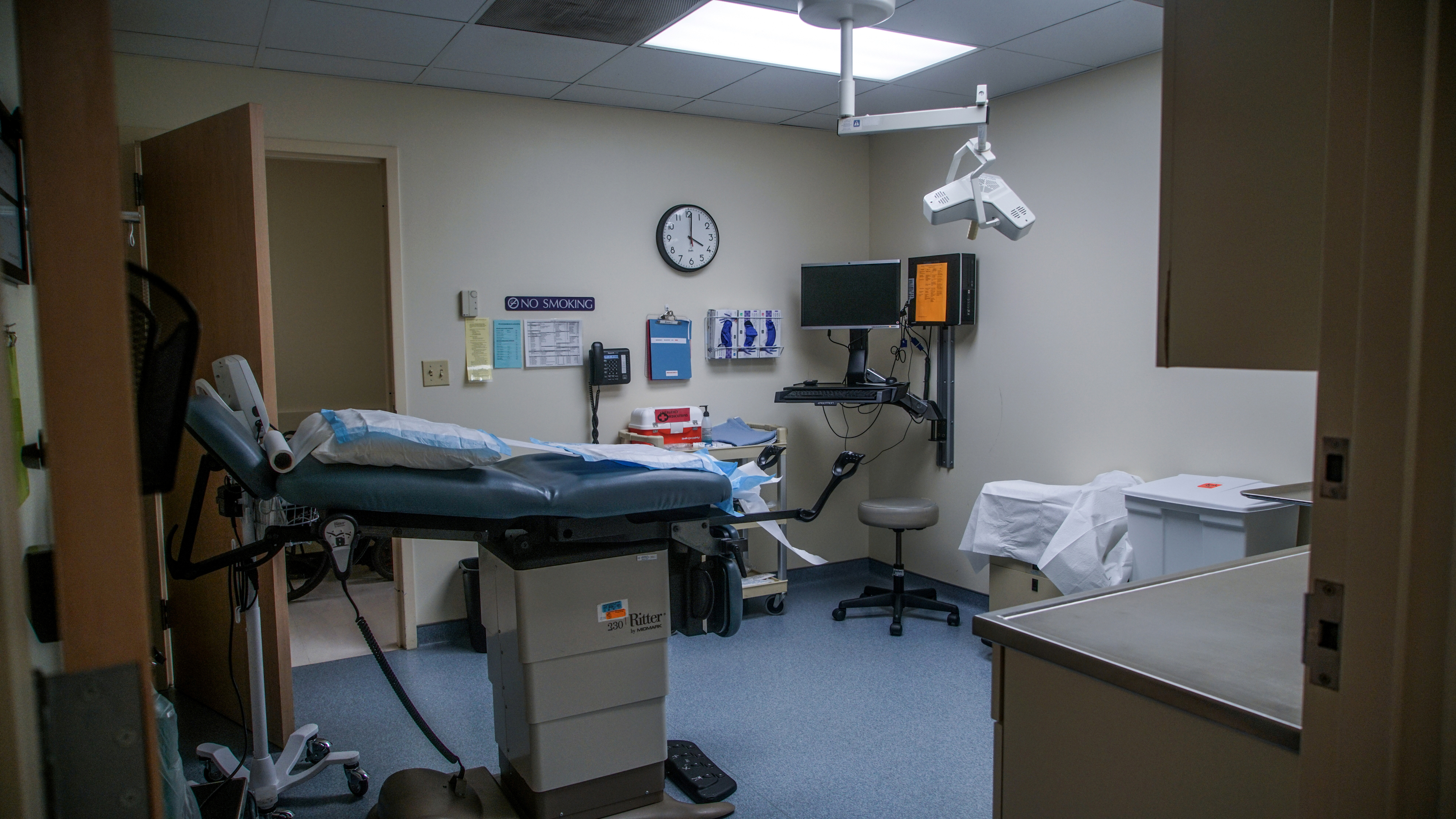 A imaging table inside the last Planned Parenthood in Missouri, U.S. May 28, 2019. REUTERS/Lawrence Bryant.

Planned Parenthood filed a lawsuit for refusing to renew its license.

Missouri DHSS explained its concerns in a statement, saying the abortion clinic was told in April that “due to ongoing concerns about potential deficient practices, interviews would need to be done with the physicians providing that care.”

“The continued refusal of several physicians to cooperate in interviews regarding DHSS’s ongoing complaint investigation obstructs the State’s ability to verify that this facility is in compliance with all requirements of applicable statutes and regulations, which Missouri law requires DHSS to do before renewing a license,” the department stated.

Planned Parenthood did not respond to a request for comment from TheDCNF.