Harvey, who spoke as host of “The Steve Harvey Morning Show,” was responding to the Kentucky Republican’s Tuesday comments arguing reparations for the descendants of slaves over “something that happened 150 years ago” is not a good idea.

“I don’t think reparations for something that happened 150 years ago for whom none of us currently living are responsible is a good idea,” McConnell said. “We’ve tried to deal with our original sin of slavery by fighting a civil war — by passing landmark civil rights legislation. We elected an African-American president.” (RELATED: Mitch Mcconnell Pans Democratic Talk Of Slave Reparations) 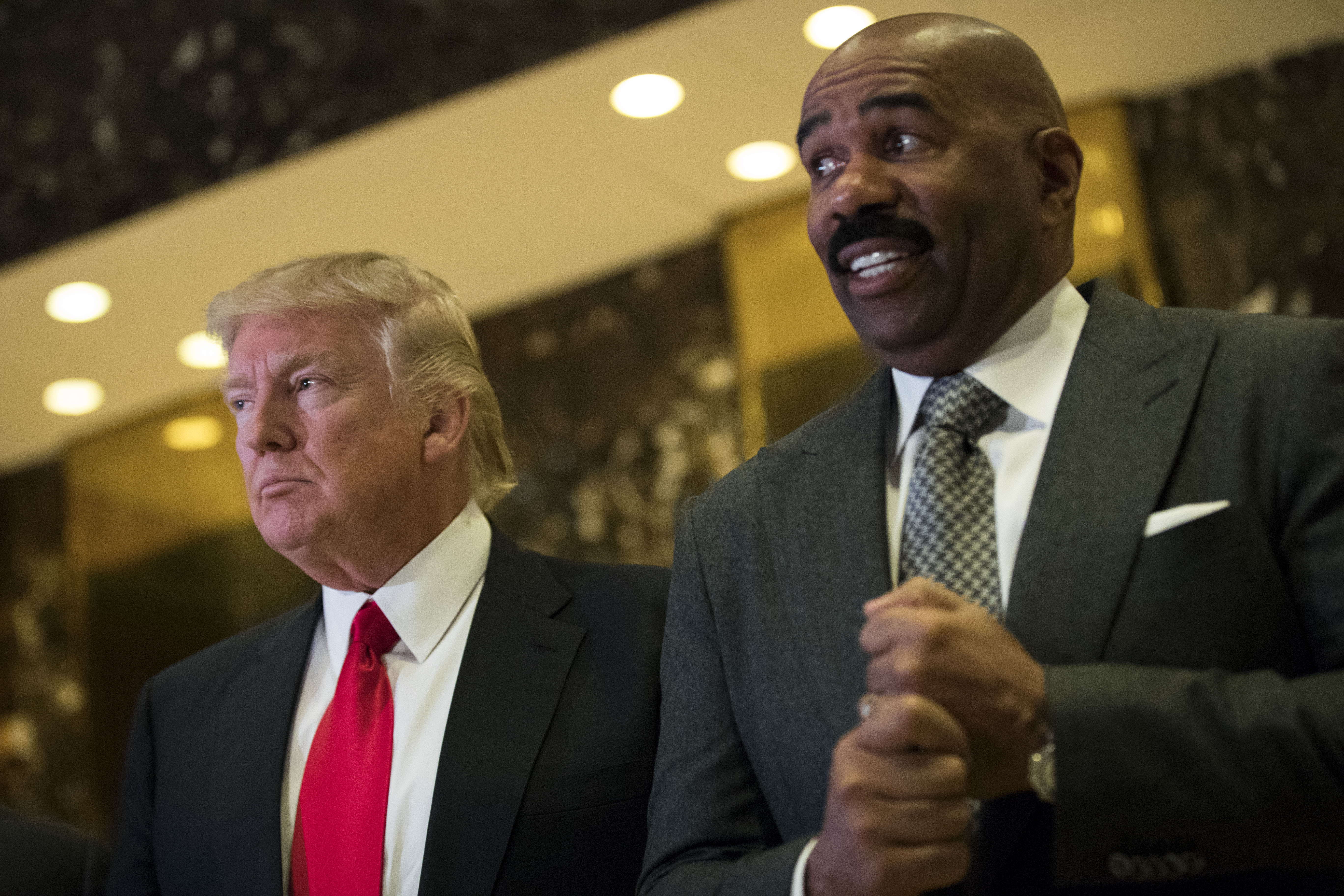 Harvey began by incorrectly stating that 13 — rather than 11 — southern states represented the Confederacy.

“The Civil War broke out because you wanted to keep slavery,” he argued. “…Because you 13 southern states wanted to keep slavery. You weren’t with this message that came from the North to free slaves. The second thing [is], we tried to correct its passage with Civil Rights laws. Y’all fought us on every tooth and nail, you sent guard dogs on us, firehouses, you killed Martin Luther King …”

McConnell’s home state of Kentucky did not join the Confederate States of America and was initially neutral in the American Civil War before ultimately siding with the Union.

Harvey then responded to McConnell’s statement that “we elected an African-American president,” saying, “‘We’ ain’t elect no-damn-body. I promise you, your a** did not vote for him … and you did nothing but try to destroy him. So, what would you expect this hillbilly to say other than what he said?”

In his closing statement, Harvey brought up the Senate majority leader’s comment that he doesn’t think people should pay reparations for something “that happened 150 years ago.”

“You say that you don’t want to be responsible for something that happened I think he said 150 years ago,” the “Family Feud” host said. “Well, you weren’t there when they wrote this Constitution that you love to throw up in everybody’s face.”

He then brought up the Three-Fifths clause of the U.S. Constitution.

“Do you remember when they was put in there?” Harvey asked. “Yeah, you had to change that, didn’t you? Oh, but I forgot — that whole time you was fighting to make amends to end slavery.

The Kentucky Republican’s stance received backlash from many Democrats, including 2020 presidential candidate Cory Booker, who has consistently expressed support for reparations, along with his fellow presidential running mates. (RELATED: Here’s Where Each 2020 Democratic Candidate Stands On Slavery Reparations)

The New Jersey senator is expected to speak Wednesday at a Civil Rights and Civil Liberties congressional hearing, according to Fox News.

Booker’s expected remarks, obtained by CBS News, read, “As a nation, we have yet to truly acknowledge and grapple with the racism and white supremacy that tainted this country’s founding and continues to cause persistent and deep racial disparities and inequality. These disparities don’t just harm black communities, they harm all communities.”

Democratic Texas Rep. Sheila Jackson Lee introduced a bill at a Wednesday hearing that will “to create a commission for studying and recommending proposals for reparations.”