The United States is no longer the top destination for the world’s refugees, falling from its number one position for the first time in nearly 40 years.

In what appears to be a historical turnaround, Canada surpassed the U.S. in the number of refugees it accepted into its country in 2018, according to a newly released study from the Pew Research Center. Canada resettled a total of 28,000 refugees in 2018. In comparison, the U.S. resettled only 23,000 — a substantial decrease from the 33,000 that were accepted in 2017.

“Until 2017, the U.S. resettled more refugees each year than the rest of the world’s countries combined,” the study noted, using data from the United Nations High Commissioner for Refugees. The once-unwavering trend began when the U.S. first established the Refugee Act of 1980.

However, this trend was broken when President Donald Trump chose to drastically lower the amount of refugees allowed into the U.S.

The Trump administration set the 2018 refugee cap at 45,000 — nearly half of the 85,000 cap former President Barack Obama set for the 2016 fiscal year. The new threshold, according to the Pew study, was not even close to being met, with only 23,000 refugees ultimately allowed to remain in the U.S. when the 2018 fiscal year ended.

The Trump White House appears to following in the same trajectory. Secretary of State Mike Pompeo announced in September 2018 that the 2019 fiscal year cap would be set at 30,000, but like the previous year’s threshold, the final number will likely end up being lower than the established quota. 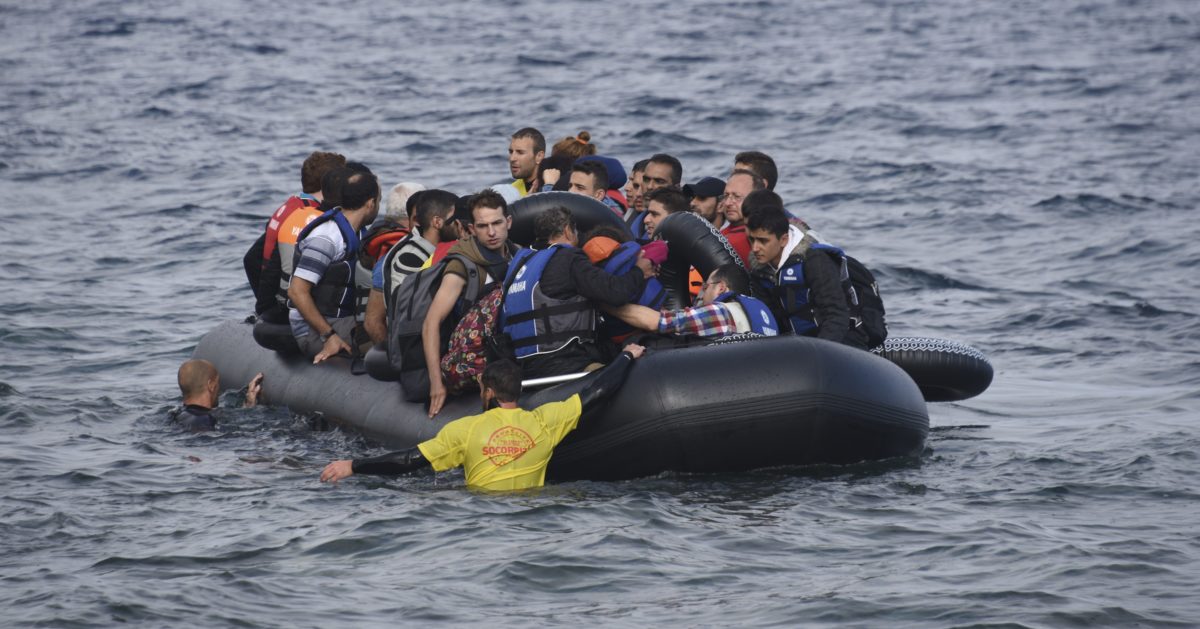 Refugees arriving in Greece by boat from Turkey. Shutterstock

“We proposed resettling up to 30,000 refugees under the new refugee ceiling,” the secretary of state said at the time, stating that the U.S is “the most generous nation in the world when it comes to protection-based immigration.” (RELATED: ‘We Have No Other Choice’: ICE Chief Makes Case For Mass Deportation Of Illegal Migrants)

There was, overall, a decline in the number of refugees accepted around the world. Global refugee resettlement reached a peak of 189,000 in 2016. This declined to 103,000 in 2017 and lowered again to 92,000 in 2018. While other leading countries for refugee resettlement — such as the United Kingdom, Australia and Canada — saw slight declines, none of them compared to the vast reductions made by the U.S. government.

Globally, most resettled refugees were from the Middle East, where many of them ended up in the U.K., Canada and Australia. However, most refugees who resettled in the U.S. were from Africa and Asia.