Hicks mostly defended President Donald Trump and members of the Trump campaign during an eight-hour interview Wednesday. She disputed the idea that the Trump campaign colluded with the Russian government, and also said she had no advance knowledge WikiLeaks would release emails that had been stolen from Democrats during the campaign.

Much of the 273-page transcript is filled with objections from Hicks’s attorneys about what questions she could answer. White House lawyers said Hicks had immunity from discussing her stint in the White House. 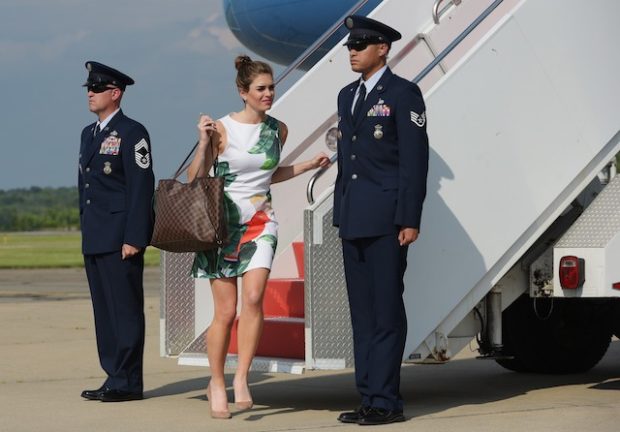 Democrats said Hicks’s lawyers objected to 155 questions on the grounds that they fell under immunity provided by the White House.

Hicks was pressed about how the campaign responded to WikiLeaks’ release of emails stolen from the DNC and Clinton campaign. She declined to say the campaign benefited from the releases. She also said she felt “a little bit of relief” at the release of some of the emails because it showed “that other campaigns had obstacles to face as well.”

Hicks also revealed she spoke with Cohen on Oct. 8, 2016, about a rumor she had heard about a sex tape involving Trump in Moscow. The day before, The Washington Post broke the story of an “Access Hollywood” tape showing Trump speaking crudely about women. Shortly after that tape was released, WikiLeaks published emails that had been stolen from Clinton campaign chairman John Podesta.

Hicks said she contacted Cohen to tell him about another rumored tape.

Hicks said she believes she heard about the tape from Katrina Pierson, who also worked on the campaign.

“And she had called to tell me that — or maybe sent me a message about rumors of a tape involving Mr. Trump in Moscow with … Russian hookers, participating in some lewd activities.”

She then said she “wanted to make sure that I stayed on top of it before it developed any further, to try to contain it from spiraling out of control.”

Hicks said she had learned that if the tape existed, the gossip news outlet TMZ might be in possession of it.

“I knew Michael Cohen had a good relationship with Harvey Levin, who works at TMZ. So I reached out to Michael to ask if he had heard of anything like this; if Harvey contacted him, if he could be in touch with me,” said Hicks.

The description of the tape matches that of one described in the infamous Steele dossier. According to the dossier, which was funded by the DNC and Clinton campaign, the Russian government was blackmailing Trump with footage of him in Moscow with prostitutes in 2013.

Cohen testified to the House Intelligence Committee on Feb. 28 that he had heard rumors of the tape from “many people,” including TMZ’s Levin, but that he did not believe one existed.

“And I would also like to state I truly don’t believe that it exists. I had spoken to many, many people who all claimed that they had this, and none of them turned out to be true. And, again, I do not believe that Mr. Trump was involved in this type of action,” Cohen testified.