The Supreme Court sided with the executive branch in a dispute over a federal sex offender law Thursday, side-stepping an outcome that could have augured sweeping changes to the structure of the government.

The case was much-watched because of its unusually long deliberation period and because it raised a core structural question the Supreme Court had not seriously contested for decades: whether Congress delegated too much power to the executive branch. In this case, Justice Elena Kagan said in her plurality opinion that such a finding would mean “most of government is unconstitutional.”

Writing for four members of the Court, Kagan said the law in dispute “falls well within permissible bounds” and “easily passes constitutional muster.” Justices Ruth Bader Ginsburg, Stephen Breyer and Sonia Sotomayor joined Kagan’s opinion. For the first time in his tenure, Justice Samuel Alito furnished the fifth vote with the Court’s liberal bloc, though he did not join Kagan’s opinion.

Justice Brett Kavanaugh did not participate in the dispute, because arguments were heard prior to his confirmation.

At issue in the dispute was a provision of the Sex Offender Registration and Notification Act (SORNA) which gave the attorney general power to decide how the registration requirements apply to sex offenders convicted before the law’s enactment. A 2010 Justice Department regulation provides that the registration rules apply to all pre-SORNA offenders.

In dissent, Justice Neil Gorsuch said that delegation can “only be described as vast,” agreeing with plaintiff Herman Gundy that the provision gives the attorney general “free rein to write the rules.” As such, Gorsuch said the Justice Department was exercising legislative power, in violation of the so-called non-delegation doctrine. Chief Justice John Roberts and Justice Clarence Thomas joined the Gorsuch dissent.

But Kagan read the law differently, saying it only requires the attorney general to apply the registration rule to pre-SORNA requirements as soon as is feasible. (RELATED: Supreme Court Upholds Constitutionality Of War Memorial Cross On Public Land)

“The text, considered alongside its context, purpose, and history, makes clear that the attorney general’s discretion extends only to considering and addressing feasibility issues,” Kagan wrote.

In a short separate statement, Alito seemed to say that the short-handed court was a decisive element to the outcome of the case. 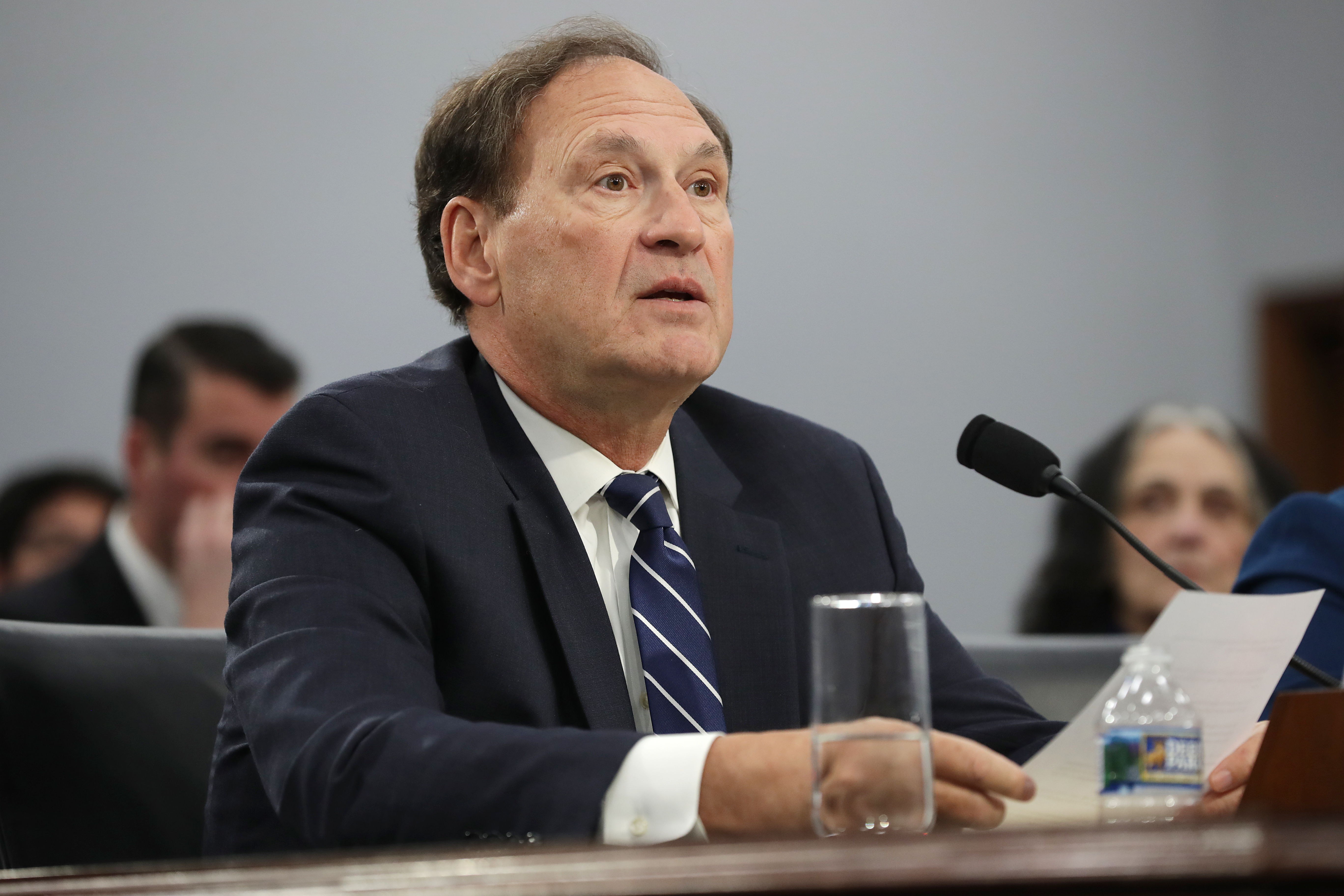 Justice Samuel Alito testifies about the Supreme Court’s budget during a hearing of the House Appropriations Committee on March 7, 2019. (Chip Somodevilla/Getty Images)

“If a majority of this Court were willing to reconsider the approach we have taken for the past 84 years, I would support that effort,” Alito wrote. “But because a majority is not willing to do that, it would be freakish to single out the provision at issue here for special treatment.”

Gorsuch took Alito’s concurrence to mean that he might vote the other way when a similar dispute is next heard by the high court.

“Justice Alito supplies the fifth vote for today’s judgment and he does not join either the plurality’s constitutional or statutory analysis, indicating instead that he remains willing, in a future case with a full Court, to revisit these matters,” Gorsuch wrote. “Respectfully, I would not wait.”