Journalists are dropping even the pretense of balance in abortion reporting, as the pro-life movement continues to stack up major wins around the country.

They are increasingly aggressive and unabashed in their efforts to advance the pro-abortion agenda, from inventing new terms to dehumanize the unborn, to providing the abortion giant’s president with an uncritical platform — in one case even instructing reporters to adopt Planned Parenthood talking points.

Five states passed laws this year banning abortion after a fetal heartbeat can be detected — Georgia, Mississippi, Ohio, Louisiana and Kentucky — and Alabama passed a near total ban on the procedure. Ten other states have introduced or moved similar legislation this year, according to the Guttmacher Institute. Many of these are intended to trigger a Supreme Court review of abortion precedent. In total, 33 states have passed 479 abortion restrictions since 2011.

Some journalists have begun using new terms of art to avoid talking about a “fetal heartbeat” in reporting on those laws. New York Times reporter Alan Blinder referred to the heartbeat of a growing unborn baby as “embryonic pulsing” in a May report on Louisiana’s heartbeat ban, a sanitized term quickly adopted by a reporter at The Daily Beast. 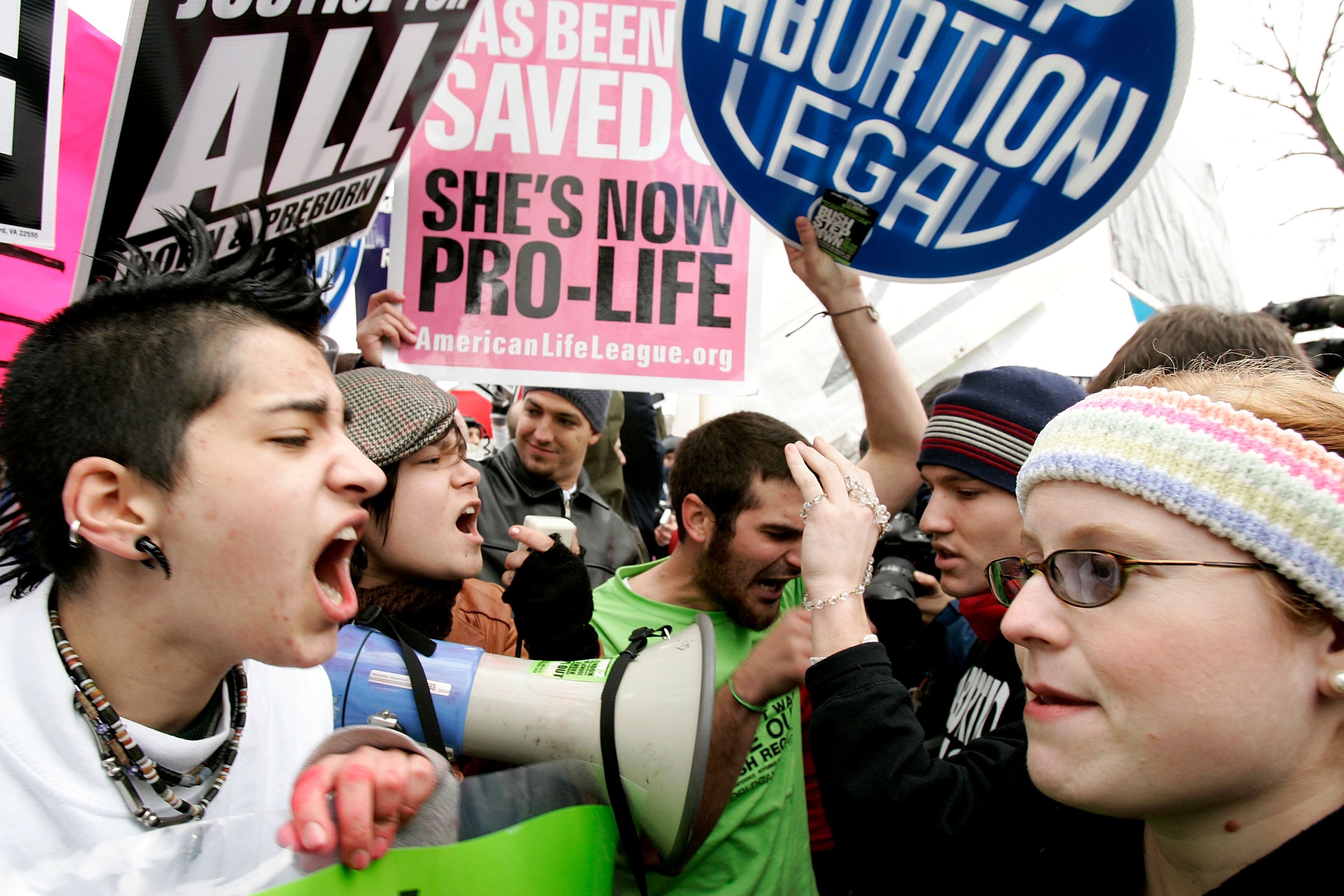 “The measure would require an ultrasound test for any woman seeking to terminate a pregnancy, and forbid abortion if the test detects embryonic pulsing — which can occur before many women know they are pregnant,” Blinder wrote. It’s not a medical term. A few weeks later, The Daily Beast published a story claiming the term “fetal heartbeat” is misleading according to doctors, because the developing babies don’t yet have heartbeats “as most people understand them.”

An unborn baby isn’t considered a fetus in medical terms until the 11th week of pregnancy, when most of its major organs are formed. But the heartbeat of a developing boy or girl can be detected as early as 6 weeks. (RELATED: PBS Tackles Abortion Debate In ‘Frontline’ Documentary — And Gets It Right)

“What is interpreted as a heartbeat in these bills is actually electrically induced flickering of a portion of the fetal tissue that will become the heart as the embryo develops,” said a doctor cited by The Daily Beast.

The Huffington Post also adopted a different term, trading out “fetal heartbeat” for “fetal cardiac activity” in a story about Georgia’s abortion ban. “The ‘heartbeat’ abortion law, signed by Gov. Brian Kemp (R) last month, bans the procedure as soon as a doctor can detect fetal cardiac activity, which typically happens about six weeks into a pregnancy — when many women are not yet aware they are pregnant,” Hayley Miller wrote, echoing Blinder’s approach.

Let’s consider their terms, compared to “fetal heartbeat.” HuffPo and the doctor cited by The Daily Beast incorporate the word “fetal.” And whether it’s called “electrically induced flickering,” or “cardiac activity” or “embryonic pulsing,” the reality is that the pulsing detected will continue the rest of the person’s life. The fetal “heart” isn’t fully developed yet, but the fetal “heartbeat” is. Of course, the new terms aren’t really about “medical reality,” as much as dehumanizing the unborn.

The terms do fall in line with the larger media efforts to dehumanize unborn babies and sanitize the reality of abortion. NPR urged journalists not to use the term “fetal heartbeat” unless absolutely necessary in recent guidance published as a reminder to reporters on its policies for abortion reporting. 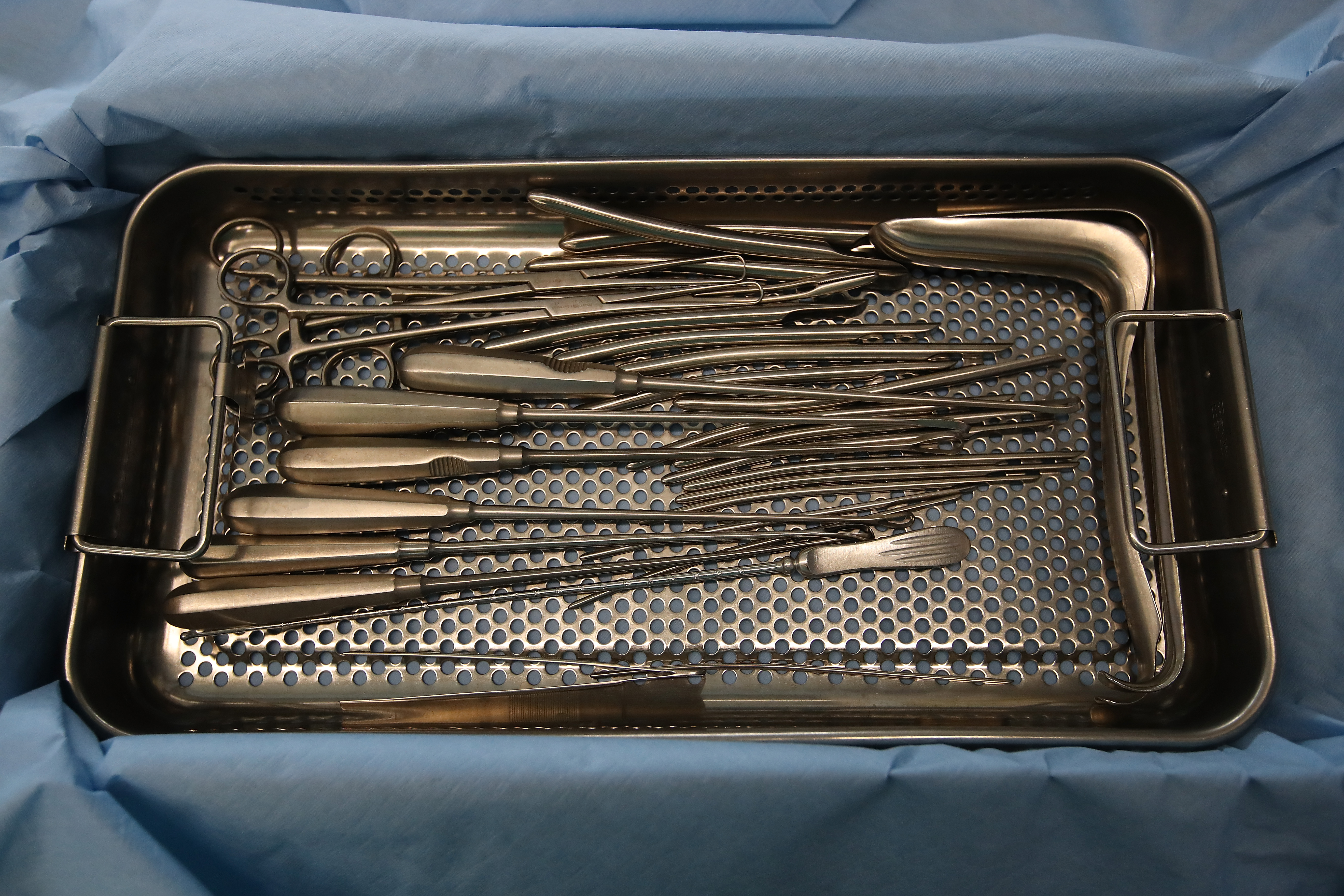 The surgical tools of doctor Janusz Rudzinski that he uses for performing abortions lie in a steel tray in a surgery room at the Krankenhaus Prenzlau hospital on April 3, 2018 in Prenzlau, Germany. (Sean Gallup/Getty Images)

The guidance explicitly instructs reporters to adopt opaque or sanitized terms, while avoiding any terms that could come across as pro-life or inadvertently humanize the unborn. Reporters are told not to use the term fetal heartbeat at all, unless it is in quotes and attributed to pro-life activists. Such terms are “part of the strategy used by anti-abortion groups to shift language/legality/public opinion,” the guidance states.

Regarding the fetal heartbeat term in particular, it reads: “One thing to keep in mind about this law and others like it: Proponents refer to it as a ‘fetal heartbeat’ law. That is their term. It needs to be attributed to them if used and put in quotation marks if printed. We should not simply say the laws are about when a ‘fetal heartbeat’ is detected. As we’ve reported, heartbeat activity can be detected ‘about six weeks into a pregnancy.’ That’s at least a few weeks before an embryo is a fetus.”

The NPR guidance makes no mention of how sanitized terminology helps advance the political agenda of pro-abortion groups, and actually instructs reporters to advance Planned Parenthood talking points, such as the notion that abortion is a small percentage of what Planned Parenthood clinics are about. (RELATED: NPR’s Style Guide For Abortion Was Basically Planned Parenthood Propaganda. So We Fixed It)

“NPR doesn’t use the term ‘abortion clinics,'” the guidance states. “We say instead, ‘medical or health clinics that perform abortions. The point is not to use abortion before the word clinic. The clinics perform other procedures and not just abortions.” (The Planned Parenthood talking point that abortion is a tiny fraction of what they do has been thoroughly debunked, including by fact checkers at The Washington Post.)

As the larger abortion debate continues to rage, Planned Parenthood’s new president, Leana Wen, has been granted a round of softball interviews, in which she is granted a platform to uncritically repeat her talking points. In an MSNBC interview, Wen was asked to explain why Republicans are wrong about late-term abortions, and then was allowed to repeat a number of false talking points, including that women only get late-term abortions for medical reasons. During her responses, sympathetic graphics flashed on the screen, in one case reading: “Abortion misconceptions: Women can have an abortion up until birth — killing a child.” (RELATED: WaPo Fact Check Rates Planned Parenthood Claim About Roe Totally False)

CBS gave Wen an even more sympathetic interview, prompting her to reiterate the favorite claims of the abortion giant, such as the debunked talking point that it’s primarily a health care provider. One of the hosts concluded the segment by noting that donations to the organization are up.

“This is a real public health crisis that’s happening right now,” Wen said of the new abortion laws, adding that they’re bad for health care and “traumatizing” for women. “People need to understand this is not a drill,” she added.

One pro-abortion reporter recently noted the “frenzied” tone in more recent abortion reporting, but lamented it wasn’t adopted sooner, because their chance to make a real impact has passed.

“The coverage has taken a frenzied tone — but it’s too late,” Meghan Winter wrote in the Columbia Journalism Review. “The time has passed for news stories to make a practical difference for the women affected by these laws.”

1
Trump Asked, ‘How Much Of This Sh** Do We Have To Listen To?’ Before Drone Wiped Out Soleimani
World
2
'The Senate Is On Trial': Nadler Says The Impeachment Is No Longer Just About The President
Politics
3
'I'll Sit Here And Wait': Brian Mast Demands Name Of One Fallen Service Member Whose Death Doesn't Justify Soleimani Strike
Politics
4
Foster Friess Could Shake Up The Wyoming Senate Race
Politics
5
Michael Moore Arrested With Joaquin Phoenix
Comedy