Fox News host Tucker Carlson criticized National Security Advisor John Bolton as a “bureaucratic tapeworm” pushing from within the Trump administration for an unnecessary and costly war with Iran.

The Friday night “Tucker Carlson Tonight” monologue comes one day after America “stood on the brink of cataclysm,” as President Donald Trump decided to pull back at the last minute on a planned airstrike launch.

After playing a clip of Trump explaining his rationale — that killing upwards of 150 people would not have been a “proportionate” response to the fact that Iran took down an unmanned drone — Carlson lamented that this “most basic of all questions”  is “too rarely asked by our leaders contemplating war.” 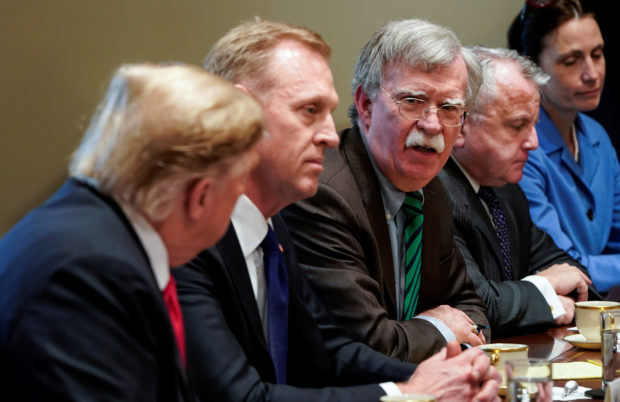 Though the strike would have been “disproportionate,” the “entire point,” Tucker opined, was to lead to a “wider conflict” because “policy makers in Washington crave a war with Iran.”

Carlson played a clip of the president being vilified “for not killing enough people yesterday.”

“Only in foreign policy circles do people say things that stupid,” Tucker said before arguing that last night was actually a “high point in the Trump presidency.” (RELATED: Trump Denies He Gave Final Approval For Military Strikes Against Iran)

Bombing Iran would have ended his political career in a minute. There’d be no chance of reelection after that. Ill-advised wars are like doing cocaine: The initial rush rises your poll numbers, but the crash is inevitable, and in this case it would be horrible. The hangover from the Iraq war would last years.

Iran isn’t Syria or Iraq. It’s a big, rich, sophisticated country, with an ancient culture and a cohesive population. In some ways, it’s an impressive place, not at all like the chintzy prefab capitals of the Arab world, like Riyadh or Dubai. We could beat Iran, but it wouldn’t be easy. It would cost trillions of dollars. Many thousands of Americans would likely die. China would love it. They’d be the only winners in that conflict.

Donald Trump was elected president precisely to keep us out of disasters like war with Iran.

The Fox News host blamed “neocons” who “still wield enormous power” and “don’t care” about the cost of war, taking particular aim at John Bolton, a key neoconservative “ally.” Carlson then played several clips of Bolton seemingly not learning the lessons from his past war advocacy, including an interview with the Fox News host himself. (RELATED: John Brennan Applauds Trump’s Decision Not To Strike Iran)

“Bolton is glad we did all that,” said Tucker. “Really happy about it. This is demented. Normal people don’t talk like that. There’s nothing normal about John Bolton.”

John Bolton is a kind of bureaucratic tapeworm. Try as you might, you can’t expel him. He seems to live forever in the bowels of the federal agencies, periodically reemerging to cause pain and suffering — but critically somehow never suffering himself.

His life really is Washington in a nutshell: Blunder into obvious catastrophes again and again, refuse to admit blame, and then demand more of the same. That’s the John Bolton life cycle. In between administration jobs, there are always cushy think-tank posts, paid speaking gigs, cable news contracts. War may be a disaster for America, but for John Bolton and his fellow neocons, it is always good business.