“There should be no place in America for profiting off putting more people behind bars or in detention. That’s why I will shut down the use of federal private detention facilities by ending all contracts that the Bureau of Prisons, ICE, and the U.S. Marshals Service have with private detention providers,” she said in her post published Friday on Medium.

Warren, along with Democratic Washington Rep. Pramila Jayapal, said private contractors profit off the mistreatment of prisoners and illegal immigrants being detained until they are processed in court. (RELATED: Immigration Activists See Private Prison Divestment As A Way To Abolish ICE)

I’m deeply worried about the volume & severity with which @ICEgov appears to be violating its own solitary confinement rules, & the health & safety of detainees in ICE’s care. Today I’m demanding answers. https://t.co/WPrldOsonv

“The companies running prisons and detention centers regularly sacrifice safety to boost their bottom line,” Warren wrote. “Private facilities have higher rates of assaults than federal prisons. They violate federal rules by putting incarcerated people into solitary confinement to fit more bodies in the building. They impose forced labor on immigrants just to make a buck. Multiple detainees have committed suicide. And now, under Trump, babies are getting sick and dying from their detention centers.”

Kara Gotsch, the director of strategic initiatives at The Sentencing Project, told the Daily Caller News Foundation that Warren is “right that privatization has called problems.”

“For example, families pay significant costs to call incarcerated loved ones because of the contracts that phone companies have with departments of corrections. This problem is falling on families,” she said.

Private companies detain over 70% of the immigrant detention population — more than 26,000 people, the DCNF previously reported, citing the Sentencing Project.

The Obama administration tried to ban federally contracted private prisons in 2016, but Attorney General Jeff Sessions reversed the effort in 2017. The reversal came after a 2016 study from the Office of the Inspector General at the U.S. Department of Justice (DOJ) was published highlighting problems with private prisons monitored by the U.S. Federal Bureau of Prisons.

Warren’s Medium article does not address how those in private prisons would be transferred into federal prisons, but Gotsch said the plan is possible.

“Eliminating federal private prisons is feasible, because there has been a 40,000-person decrease in the federal prison population, and while there is overcrowding in some prisons, it’s not a problem at low-security institutions. The Feds don’t contract medium- or high-security prisons,” said Gotsch.

Gotsch said the population of incarcerated felons in the U.S. “is finally decreasing after 40 years of unprecedented growth,” because the government is realizing “it’s too expensive and it’s ineffective to keep incarcerating more and more people.”

She noted it would be a “harder task” for ICE to break its contracts with private prisons.

Under the Massachusetts senator’s plan, there should be “no place in America for profiting off putting more people behind bars or in detention.”

Her proposal would stop contractors from charging service fees “for essential services” so these companies cannot profit off charging prisoners and marking up prices for “basic services they need, like phone calls, bank transfers, and health care.”

She plans to hold contractors accountable “by expanding oversight, transparency and enforcement” through an “independent Prison Conditions Monitor within the Department of Justice’s Office of the Inspector General.” 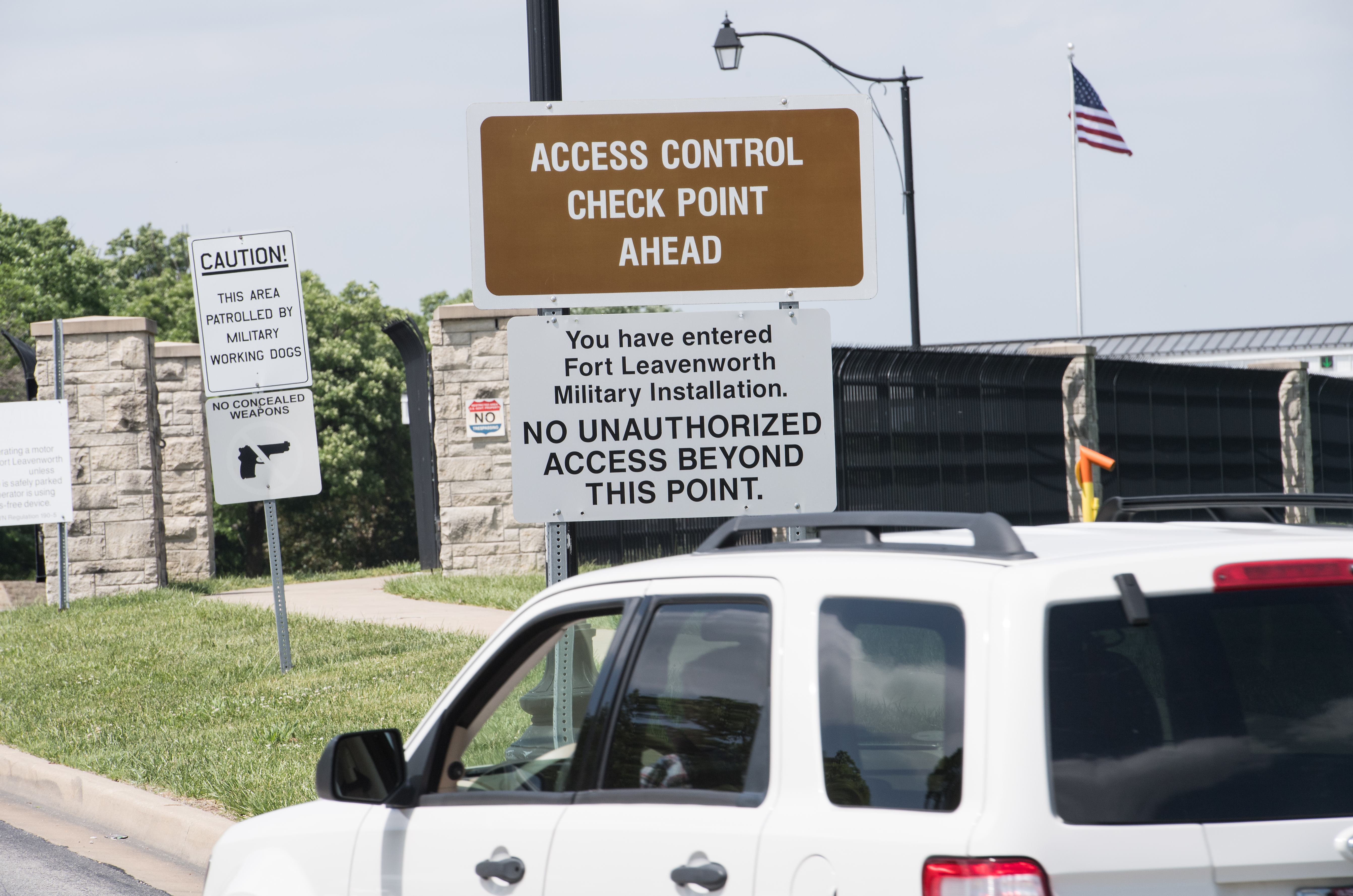 A car drives past a sign at the entrance to US Army facility Fort Leavenworth in Leavenworth, Kansas, on May 16, 2017. (Photo credit should read NICHOLAS KAMM/AFP/Getty Images)

The Conditions Monitor will “keep contractors from cutting corners to make a quick buck by setting enforceable quality standards, regularly auditing and investigating contractors, and terminating their contracts if they fall short.” And the DOJ will prosecute companies that do not follow the law.

Pablo E. Paez, who is the executive vice president of private prison and rehabilitation operator GEO Group, told the DCNF he invites Warren and other lawmakers to visit GEO’s facilities and “hear directly from those individuals” in their care.

“Senator Warren’s announcement is a continuation of politically motivated attacks based on false narratives,” he said. “The services our company provides to the Federal Government today are in no way different than the high-quality services we provided for eight years under the Obama administration. Our facilities are highly rated by independent accreditation entities.”

He also said GEO offers rehabilitation programs that prepare its inmates to “productively transition back into society.”

“We would welcome lawmakers, including Sen. Warren, to visit our facilities, speak with our employees and hear directly from those individuals in our care,” Paez said.

“Our company helps keep communities safe, enrolls thousands of inmates in reentry programs that prepare them for life after prison and saves taxpayers millions,” Gilchrist said. “It’s unfortunate that politicians advocate against these benefits without themselves providing any solutions to the serious challenges our corrections and detention systems face. Overcrowding, high recidivism rates and skyrocketing costs aren’t solved with politics or posturing. They’re solved with the hard work that chaplains, teachers, principals, counselors and correctional officers like ours put in every day.” (RELATED: Did Ocasio-Cortez Just Scare A Big Bank Into Cutting Off Private Prison Financing?)