Personnel with U.S. Cyber Command launched the attacks Thursday, the Friday report notes, citing sources within the administration. The sources told reporters that the Pentagon proposed launching them after Iran’s alleged attacks on two oil tankers in the Gulf of Oman.

“This operation imposes costs on the growing Iranian cyber threat, but also serves to defend the United States Navy and shipping operations in the Strait of Hormuz,” Thomas Bossert, a former senior White House cyber official in the Trump administration, told The Washington Post Saturday.

The White House has not responded to the Daily Caller News Foundation’s request for comment about the nature of the attack. The Pentagon also declined to comment, citing policies preventing the Department of Defense from discussing ongoing cyberspace operations. (RELATED: Video Shows Iran Removing A Mine From An Oil Tanker, US Says) 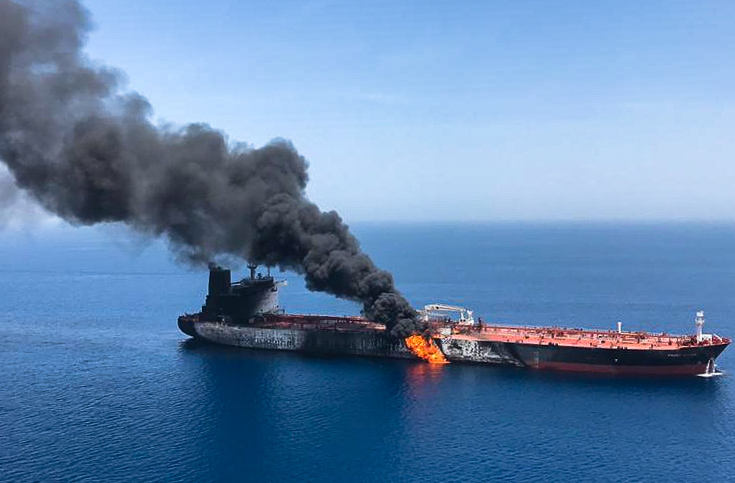 Thursday’s strikes targeting the Islamic Revolutionary Guard Corps represents the first use of force since Cyber Command first stepped up its actions ahead of a belligerent Iran. Cyber Command used new actions the president granted it that allow the agency to streamline approval for such measures.

The Department of Homeland Security issued a warning Saturday that Iran has stepped up its cyber targeting of the U.S. oil and gas industry.

“There’s no question that there’s been an increase in Iranian cyber activity,” Christopher Krebs, director of DHS’s Cybersecurity and Infrastructure Security Agency, told reporters. “Iranian actors and their proxies are not just your garden variety run-of-the-mill data thieves. These are the guys that come in and they burn the house down.”

Iran issued a dire warning to Trump Saturday. The warning and cyberattacks come after a U.S. Navy drone was shot down Thursday by the IRGC and a week after two oil tankers were attacked near the Strait of Hormuz. Reports surfaced Friday that Trump was considering an assault on Iran, which he ultimately decided against.