U. S. President Donald Trump announces his candidacy for a second presidential term at the Amway Center on June 18th in Orlando, Florida, President Trump is set to run against a wide open Democratic field of candidates. (Photo by Joe Raedle/Getty Images)

Pelosi said she did not know that Trump had consented to a military strike against Iran after being briefed by White House officials about the stand-off with Iran.  (RELATED: Pelosi ‘Disappointed’ Over Trump’s Deal With Mexico — ‘Threats And Temper Tantrums Are No Way To Negotiate’)

“We left with the idea that the president was going to consider some options,” Pelosi said. “I did not receive any heads-up that there was a strike that was in the works.”

“Maybe the other leaders did on the Republican side, but I did not receive any of that,” she added.

Massachusetts Democratic Sen. Elizabeth Warren said the same thing in a tweet as she blamed Trump for “provoking Iran’s extreme hardliners & alienating our allies.” She referenced an amendment to “the defense bill that prohibits war with Iran without Congressional approval.”

The crisis with Iran is a result of @realDonaldTrump provoking Iran’s extreme hardliners & alienating our allies. I cosponsored @SenatorTomUdall’s amdt to the defense bill that prohibits war with Iran without Congressional approval. We can’t start another war in the Middle East.

Trump tweeted Friday morning about exactly how close the United States had come to hostilities with Iran.

“We were cocked & loaded to retaliate last night on 3 different sights when I asked, how many will die. 150 people, sir, was the answer from a General. 10 minutes before the strike I stopped it, not proportionate to shooting down an unmanned drone,” Trump tweeted.

….On Monday they shot down an unmanned drone flying in International Waters. We were cocked & loaded to retaliate last night on 3 different sights when I asked, how many will die. 150 people, sir, was the answer from a General. 10 minutes before the strike I stopped it, not….

Pelosi reiterated her opinion in a statement that read “hostilities must not be initiated without the approval of Congress.” 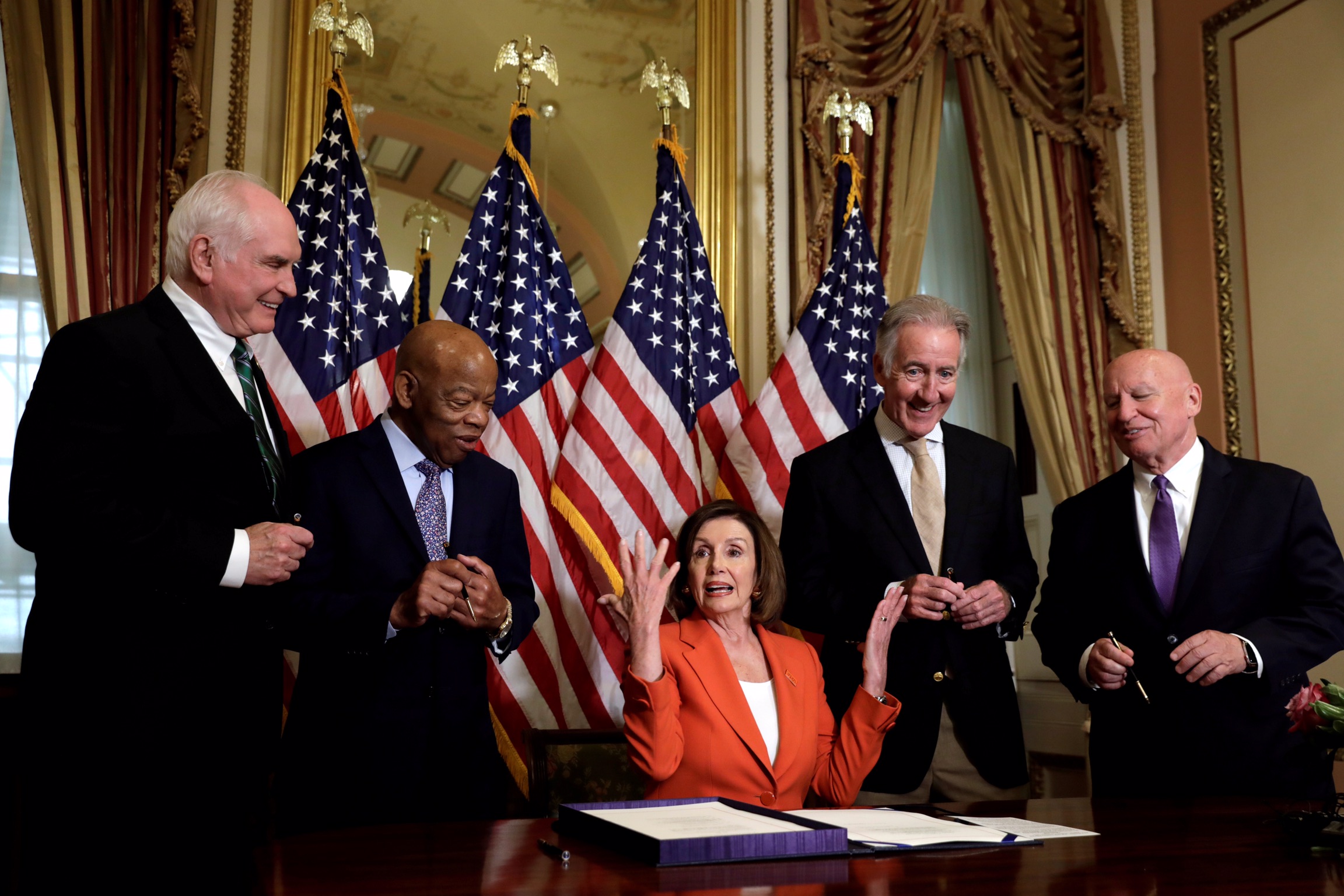 “During our meeting with the President at the White House, Congressional Leaders stressed the necessity that we work with our allies and not strengthen the hand of Iran’s hardliners,” she said.

“We have no illusions about the dangerous conduct of the Iranian regime,” she added. “This is a dangerous, high-tension situation that requires a strong, smart and strategic approach.”

Technically, according to the provisions of the 1973 War Powers Resolution, Trump can initiate a military strike without immediately notifying Congress.

Although the legislation requires the president to consult with Congress “in every possible instance” before deploying troops into war, it grants the commander-in-chief 48 hours before telling Congress that the United State military has been sent “into hostilities or into situations where imminent involvement in hostilities is clearly indicated by the circumstances.”