The British version of the “Never-Trump” movement may force the next prime minister from power in order to prevent a “no-deal Brexit,” if high-ranking Conservative Party members of Parliament follow through on their threats.

Chancellor of the Exchequer Philip Hammond said in May he “couldn’t support a government policy stance that said as a matter of choice we are going to pursue a no-deal exit” in an interview with Sky News. “I will act in what I believe is the best interest of this country,” he added on the question of whether he would back a no-confidence vote of his own party over the issue.

Hammond and other so-called “Remoaners” support either the cancellation of Brexit outright or at least a withdrawal agreement with the European Union limiting the scope of the United Kingdom’s departure, called a “soft” Brexit.

Much like the Never-Trump Republicans, Remoaners are members of the ruling party so opposed to its own agenda (and the results of a democratic election) that they are willing to bring down their own government.

They hold this position in opposition to the results of a democratic referendum. The United Kingdom voted to leave the European Union in a 2016 referendum by a margin of 52%-48%.

A “no-deal,” or “hard” Brexit would mean leaving the European Union without any formal agreement, pulling the U.K. out of the single-market and ending the free movement of people. 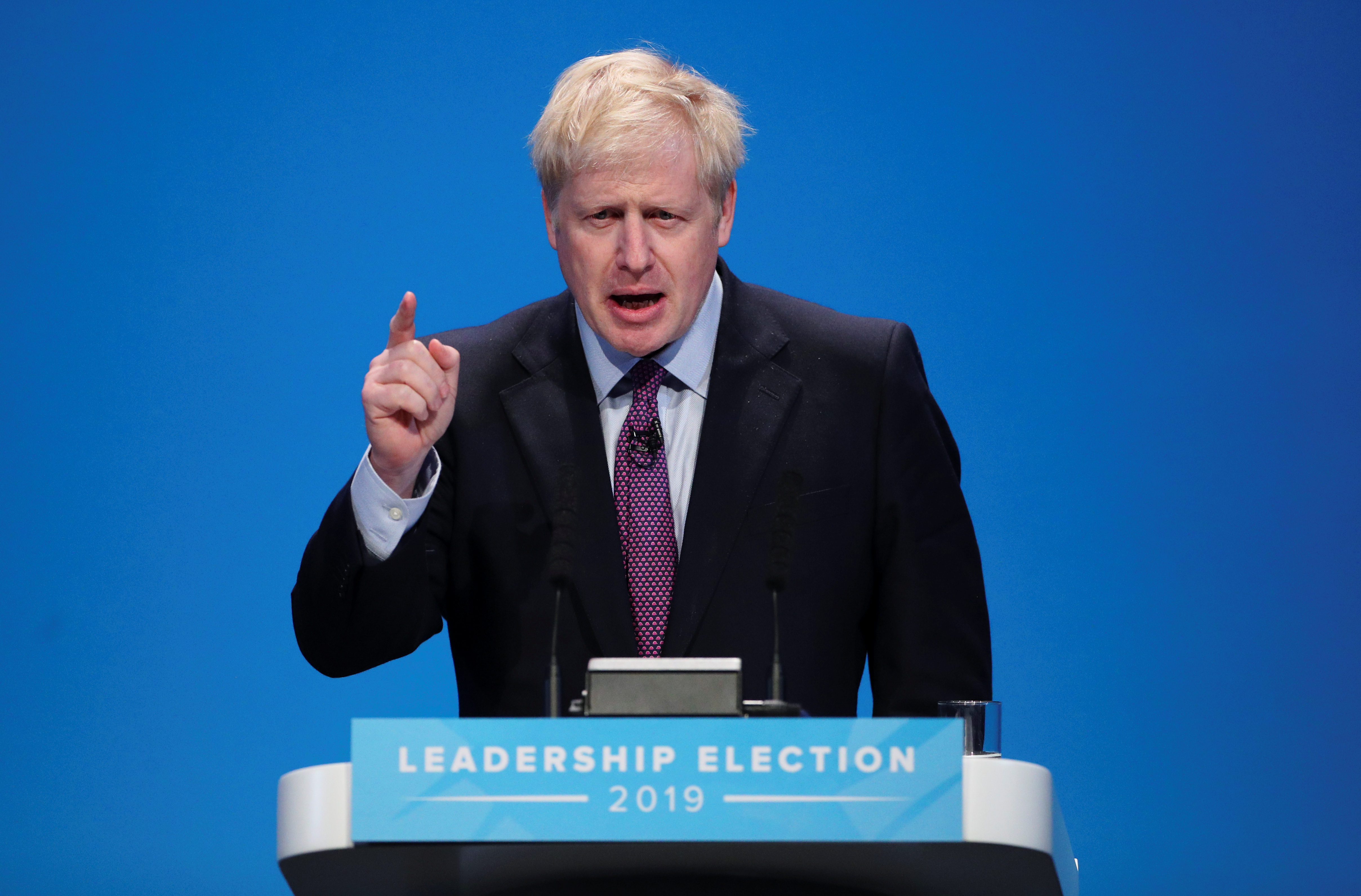 The Conservatives in Parliament have already narrowed the leadership contest to two candidates. Boris Johnson, MP for Uxbridge and South Ruislip, will face Jeremy Hunt, MP for South West Surrey. Hunt currently serves as foreign secretary under Theresa May while Johnson is the previous officeholder.

Johnson is the current favorite to win the general contest, holding a 22% advantage among Conservative councilors, according to the latest ComRes poll, The Telegraph reported.

But he may not last long in office. The current government’s control over Parliament is extremely tenuous and Remoaners may block him from holding a working majority. Though the Conservatives formerly held a majority of MPs, they lost absolute control of the House of Commons in the 2017 general election, according to the BBC.

The House majority consists of 312 Conservative MPs and 10 from the Democratic Unionist Party (DUP) of Northern Ireland on a confidence and supply basis, the Parliamentary list states. A government needs 320 MPs to retain control of the House.

The Conservatives earned 318 MPs in the 2017 election, but multiple defections and a recall petition have reduced the government’s control to a margin of merely two.

With such a narrow margin of control, a small cadre of pro-Remain Tories could feasibly kill the coalition’s majority, forcing a new general election.

Hammond is not the only Tory MP who has hinted at the possibility of a no-confidence vote against the next prime minister over a no-deal Brexit. Dominic Grieve, a senior Conservative MP who supports remaining within the EU, suggested a number of MPs would turn on the incoming prime minister and “do everything possible” to prevent a no-deal outcome, according to The Independent.

Moreover, 27 MPs voted for Rory Stewart, MP for Penrith and The Border, on the third ballot of the leadership contest, BBC reported. Stewart firmly opposes a no-deal Brexit and previously supported May’s withdrawal agreement. The defection of a mere handful of these anti-no-deal stalwarts would be enough to oust the government.

David Cameron, then the prime minister of the U.K. and leader of the Conservative Party, resigned following the 2016 referendum. Cameron had opposed leaving the European Union. A subsequent leadership contest within the party placed May in power.

But May’s own failure to deliver Brexit prompted her resignation in May 2019. After twice delaying Brexit, the current withdrawal date is set for Oct. 31. (RELATED: British PM Theresa May Resigns After Bungling Brexit)

May’s resignation triggered the leadership contest. When a sitting prime minister resigns, the ruling party selects a new leader from within the ranks of its Parliamentary delegation, according to The Mirror.

After the candidates are nominated, the MPs of the ruling party vote among themselves to whittle down the candidates until two remain. The two remaining candidates then face a vote from the general members of the party.

Party membership in the U.K. is considerably less common than in the United States. The Conservative Party, for instance, has approximately 160,000 members, The Mirror reports. Only those official party members will take part in the general leadership vote.

The new prime minister will not theoretically face an election until 2022, when the 5-year term of the current Parliament expires. However, should the coalition lose its collective majority or be defeated in a no-confidence vote or a super-majority votes for it, then the U.K. would hold a new general election, according to parliamentary guidelines.

With roughly 30 MPs threatening the government over no-deal, a general election could come quite soon.