“If it was branded as a Ted Cruz idea, he could lose half of his conference,” Holmes said of his discussion with McConnell.

“Republican senators would not want to appear to be doing Cruz’s bidding,” Hulse wrote elsewhere of the majority leader’s calculus.

McConnell’s instincts proved correct. Speaking after the majority leader’s announcement at a presidential debate in Greenville, South Carolina, Cruz urged Senate Republicans not to confirm an Obama nominee for the high court.

“The Senate needs to stand strong and say, ‘We’re not going to give up the U.S. Supreme Court for a generation by allowing Barack Obama to make one more liberal appointee,'” Cruz said. Republicans argued that a Supreme Court justice selected by a new president, instead of lame duck, would command greater public confidence. (RELATED: Kagan Seethes As High Court Conservatives Deliver Property Rights Victory)

The Obama administration’s indecision as to Scalia’s successor only strengthened McConnell’s position, by Hulse’s telling. The White House had long believed Judge Merrick Garland would prove an attractive candidate should a vacancy arise on the Supreme Court while Republicans controlled the Senate. Though Garland is a Democratic appointee who generally votes for the liberal position in ideologically charged cases, his opinions are often fact-bound and avoid sweeping statements about legal theory or judicial philosophy. 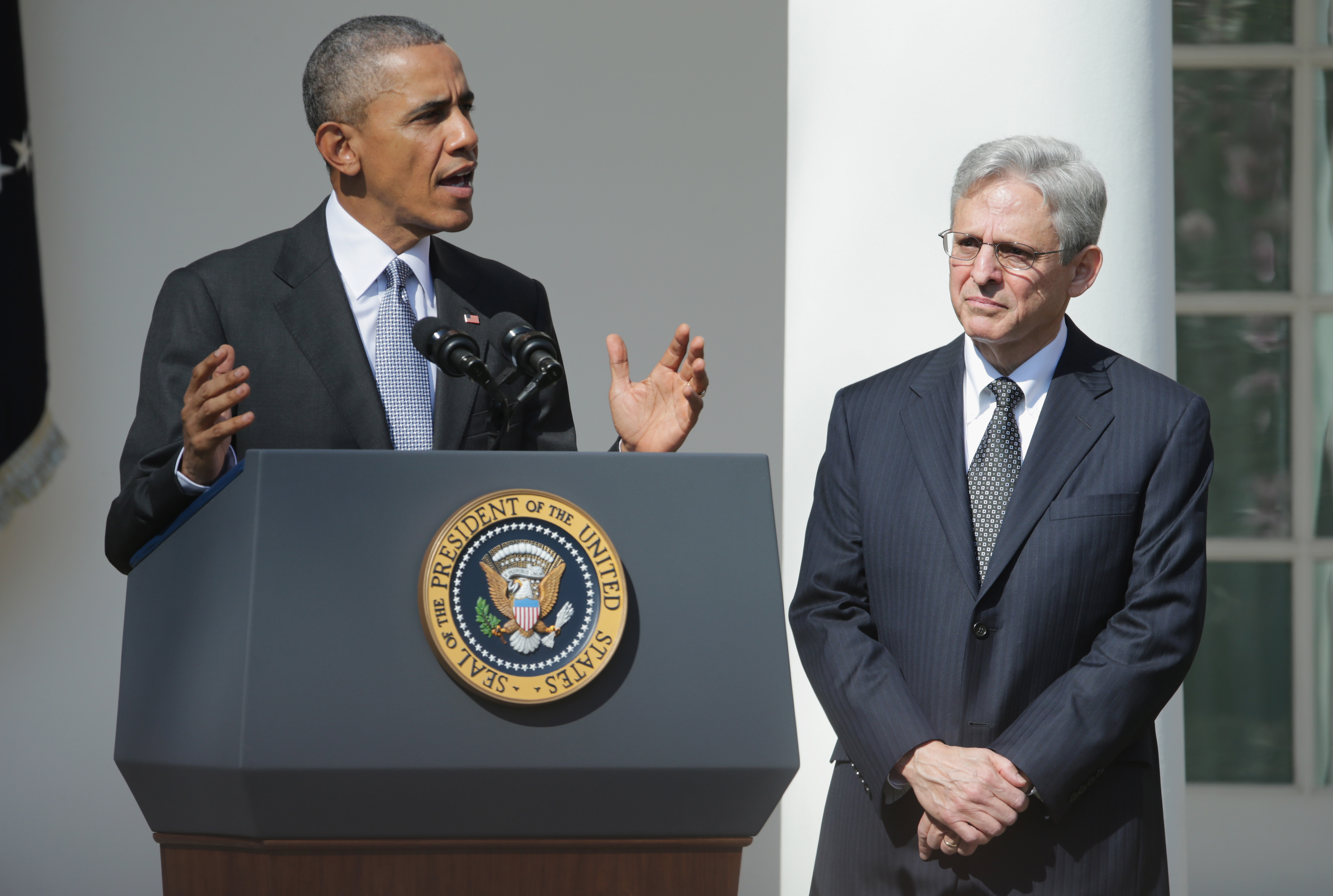 Former President Barack Obama stands with Judge Merrick B. Garland in the Rose Garden at the White House while nominating him to the Supreme Court on March 16, 2016. (Chip Somodevilla/Getty Images)

“The president ought to go to the Rose Garden tomorrow and name Merrick Garland,” Klain told McDonough.

“Every day that ticks by is a day that you are letting McConnell consolidate his position,” he added. Yet Obama’s circle did not heed Klain’s advice — the former president would not announce Garland’s nomination until March 16, 2016, fully one month after Scalia’s death.

Justice Neil Gorsuch succeeded Scalia in April 2017. Garland remains chief judge of the U.S. Court of Appeals for the District of Columbia Circuit.

“Confirmation Bias: Inside Washington’s War Over the Supreme Court, from Scalia’s Death To Justice Kavanaugh” is set for release on June 25.