Palestinian leaders have already panned the economic portion of the Trump administration’s Israeli-Palestinian peace plan that was released Saturday.

The economic plan, which was released before its political counterpart that is expected in November, would invest $50 billion in the West Bank and Gaza, Jordan, Egypt and Lebanon over 10 years, reported Axios.

“The economic situation should not be discussed before the political one,” Palestinian Authority President Mahmoud Abbas said according to Al Jazeera. (RELATED: Pompeo Casts Doubt Middle East Peace Plan Will Work: Report) 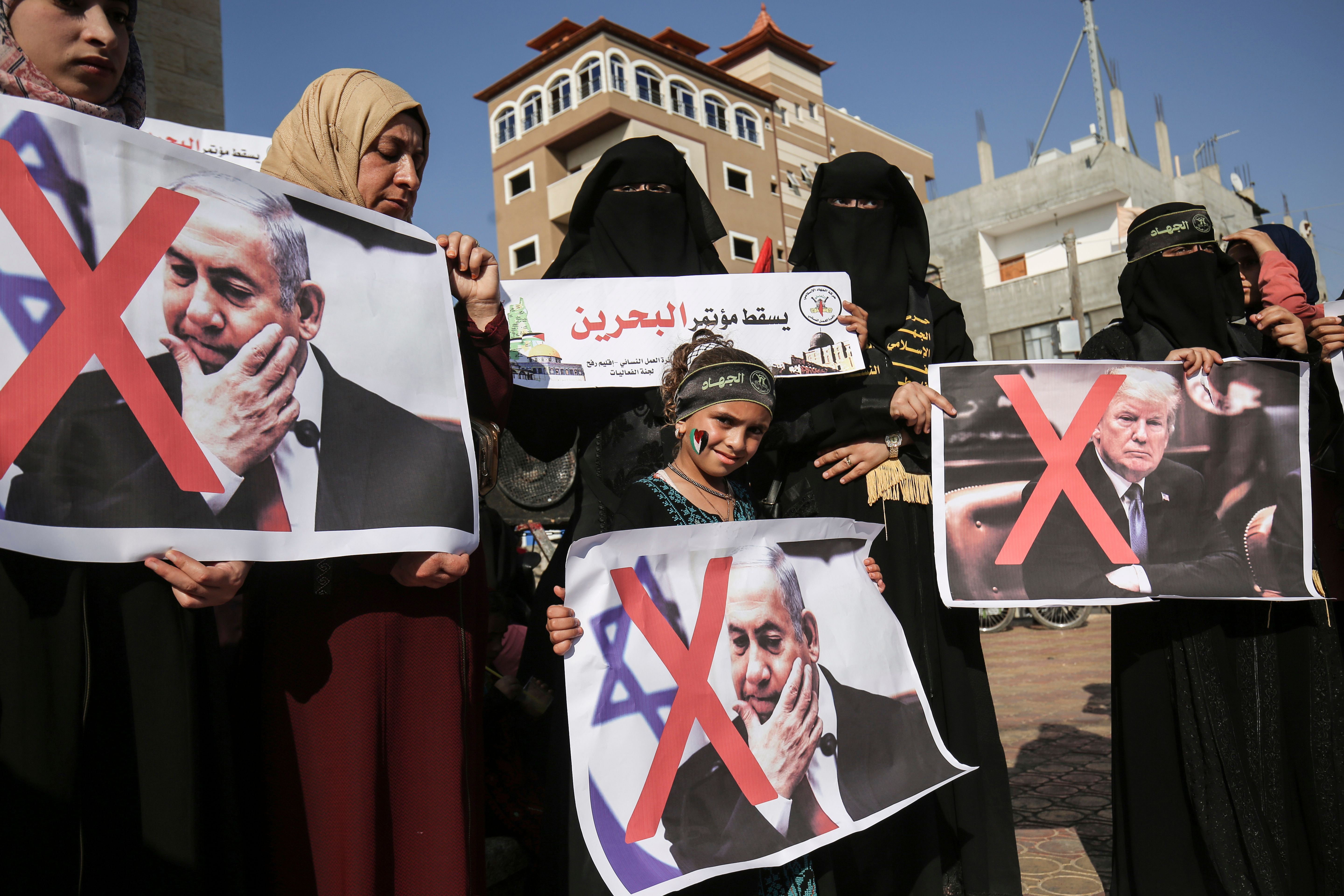 Palestinian female supporters of the Islamic Jihad carry posters of US President Donald Trump and Israeli Prime Minister Benjamin Netanyahu during a protest against the Bahrain economic workshop in the southern Gaza Strip town of Rafah on June 18, 2019. (SAID KHATIB/AFP/Getty Images)

The plan will be presented by President Donald Trump’s senior adviser and son-in-law Jared Kushner at an international conference in Bahrain next week, reported Reuters. The Trump administration says the plan could create 1 million jobs in the West Bank and Gaza over a decade.

But where will money for the plan come from? U.S. taxpayers would foot part of the bill but Gulf states, Western countries and the private sector will pay for most of it, White House officials said according to Axios.

“The economic plan will not work without resolving the political issues,” the White House officials said.

The unveiling of the economic plan comes weeks after an unauthorized recording of Secretary of State Mike Pompeo revealed him casting doubt on the administration’s yet-to-be-proposed Middle East peace plan in early June. The meeting during which he was recorded happened a day before Israeli Prime Minister Benjamin Netanyahu called a snap election after he failed to merge enough parties to form a coalition government.