President Donald Trump signed an executive order he called “the opposite of Obamacare” that directs the Department of Health and Human Services to create rules increasing transparency in health care pricing Monday.

“We will empower patients with the information they need to search for the lowest cost and highest quality care,” Trump said at the White House Monday afternoon, adding the executive order’s goal is to “put American patients first.”

“People have no idea how big it is. Some people say bigger than health care itself. … For too long it’s been virtually impossible for Americans to know the real price and quality of health care services and the services they receive,” Trump continued. (RELATED: Major Drug Companies Sue Over Trump Administration Rule Requiring Prices In TV Ads) 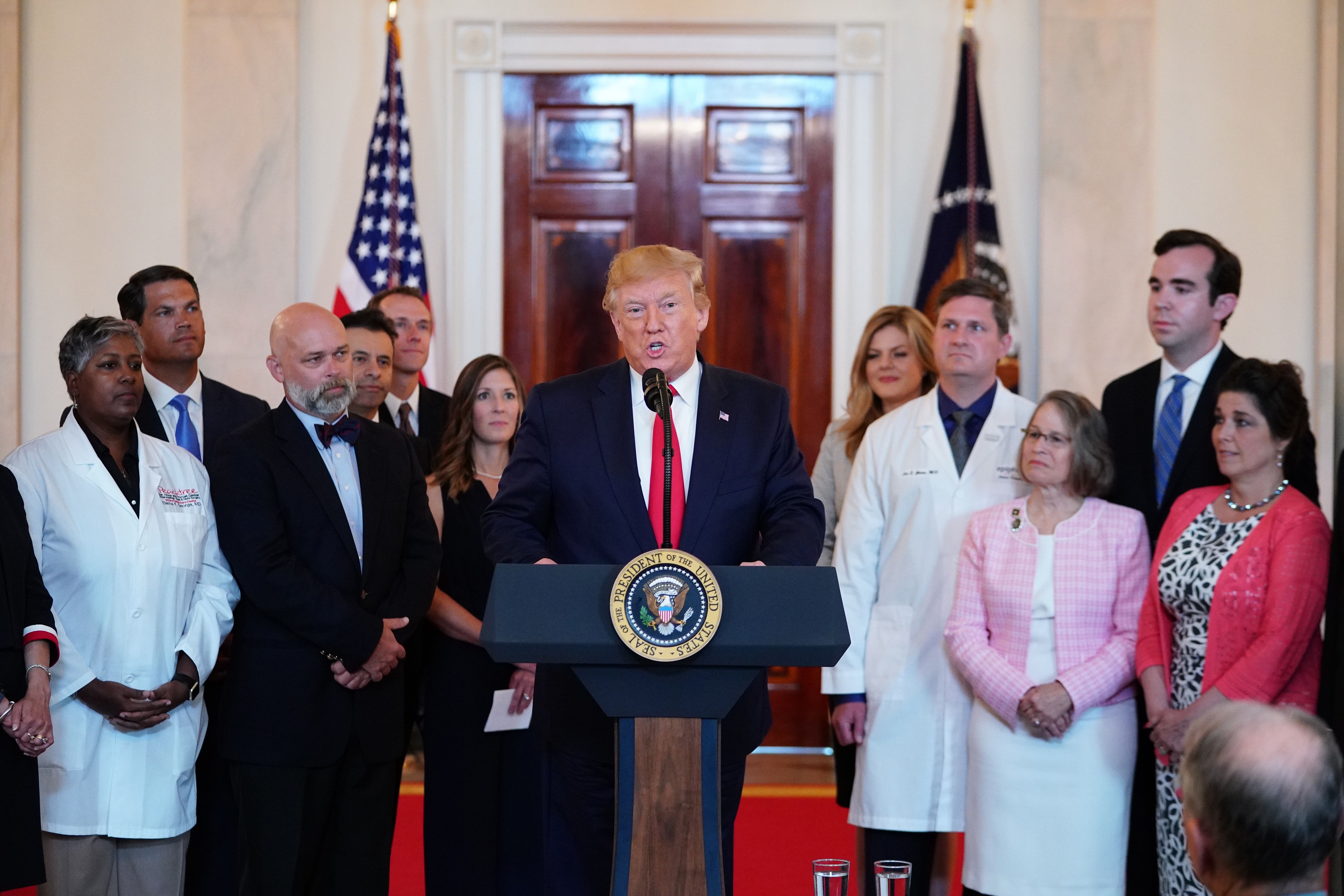 U.S. President Donald Trump speaks before signing an executive order on “improving price and quality transparency in health care” in the Grand Foyer of the White House on June 24, 2019. (MANDEL NGAN/AFP/Getty Images)

HHS Secretary Alex Azar said the executive order “will go down as one of the most significant steps in the long history of American health care reform” during a Monday phone call with reporters. He outlined five points in the order, which will translate into rules drafted by HHS:

Administration officials couldn’t pinpoint when the rules directed by the executive order will go into effect during a Monday phone call with reporters.

News of the suit came just after Trump touted how his administration is working with “Big Pharma” to reduce drug prices during a speech at the White House Rose Garden announcing an expansion of health reimbursement arrangements designed to help small businesses.