Democratic Washington Gov. Jay Inslee proposed putting a “fee,” or tax, on carbon dioxide emissions as part of his plan to force Americans off fossil fuels.

But now, Inslee is proposing a “Climate Pollution Fee” on industries to “incentivize the transition to a clean energy economy, and establish a mechanism for polluter accountability,” according to a plan released Tuesday. Inslee is currently polling barely above 0 percent.

Fossil fuel companies are raking in record profits while they fuel the greatest existential crisis of our time —  one that they created. We’re going to put an end to that. https://t.co/c39hZ6s3BB #OurMoment pic.twitter.com/l5uavu0lqr 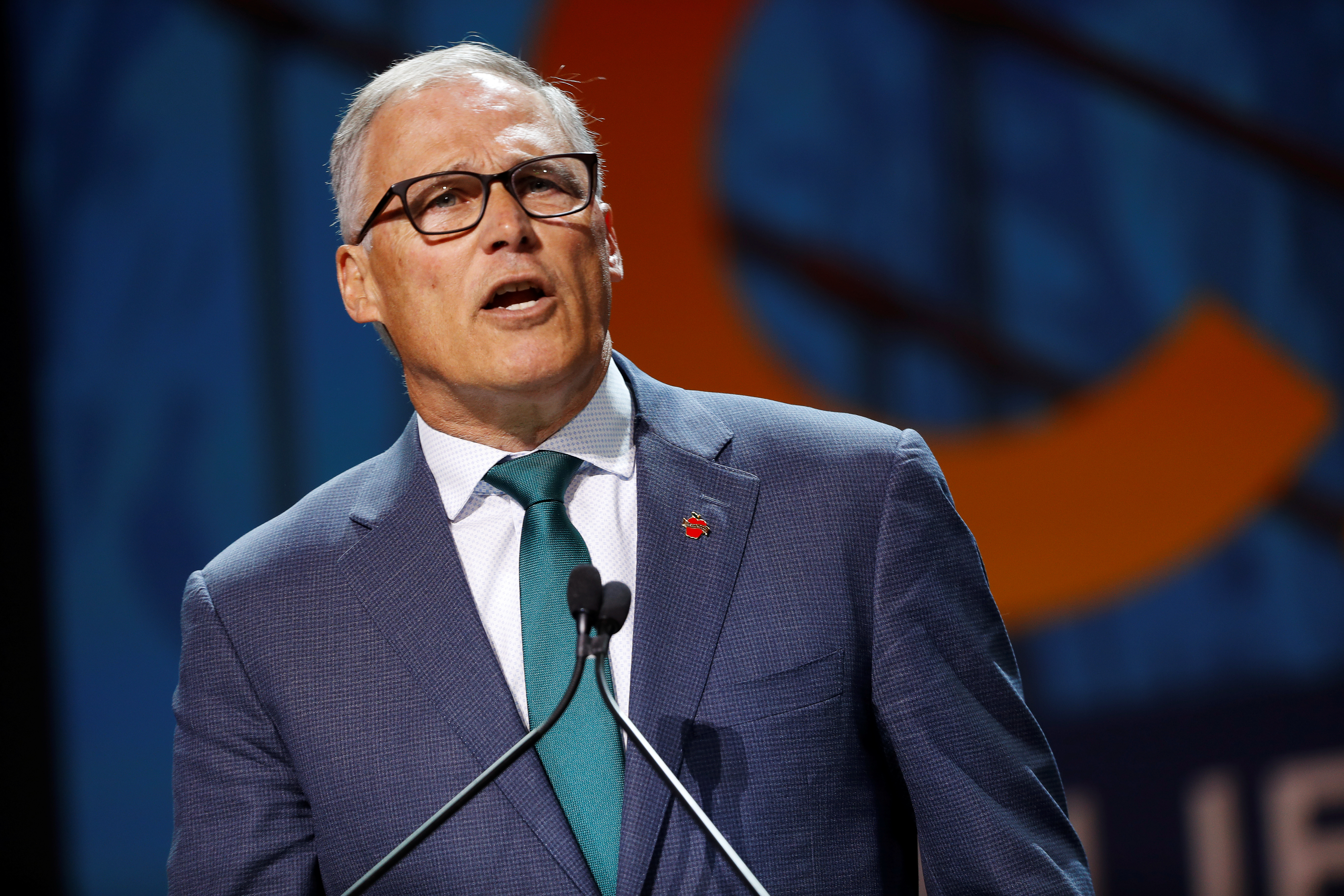 Inslee’s “fee” is part of his plan to end fossil fuel use, which includes banning drilling on public lands and hydraulic fracturing operations responsible for the economic and job boom across rural America.

“It will initially be set low, increasing steadily and aggressively over time, to establish clear and predictable incentives for early action, and to generate a focused source of revenue to fund transition and address climate impacts,” reads Inlsee’s plan.

“The fee will be reexamined biannually in its price, scope of coverage, and efficacy,” the plan reads. The “fee” would “be set as far upstream as possible to provide stable and predictable incentives for clean energy production” and apply to other greenhouse gases, like methane.

It’s similar to the Inslee-backed carbon tax ballot measure that failed in November 2018. However, Inslee avoids the word “tax” when describing putting a government-mandated price on greenhouse gas emissions.

The failed ballot measure called for taxing CO2 emissions at $15 a ton in 2020. That tax rate would increase at $2 a year above the rate of inflation until Washington state met its emissions reduction goals.

Inslee’s “Climate Pollution Fee” differs slightly in that revenues would “provide dedicated support for frontline and low-income communities in addressing the impacts of climate disasters, and funding environmental quality protections and economic development.”