Israeli ambassador to the U.N. Danny Danon said Palestine’s refusal to surrender for a Middle Eastern peace deal is about “destroying Israel” in a Monday New York Times op-ed.

The ambassador’s comments come after President Donald Trump’s senior adviser and son-in-law, Jared Kushner, introduced a peace negotiation with the Middle East during a conference in Bahrain Sunday. (RELATED: Palestinian Leaders Say No Thanks To Kushner’s Middle East Economy-Boosting Plan)

The plan would give $50 billion to Palestinians in the West Bank and Gaza, Jordan, Egypt and Lebanon over 10 years in an effort to help the Palestinian economy develop. The plan also includes more than 100 infrastructure, health and education projects, as well as $5 billion that would be allocated toward building a passage between Gaza and the West Bank, Axios reported Saturday. 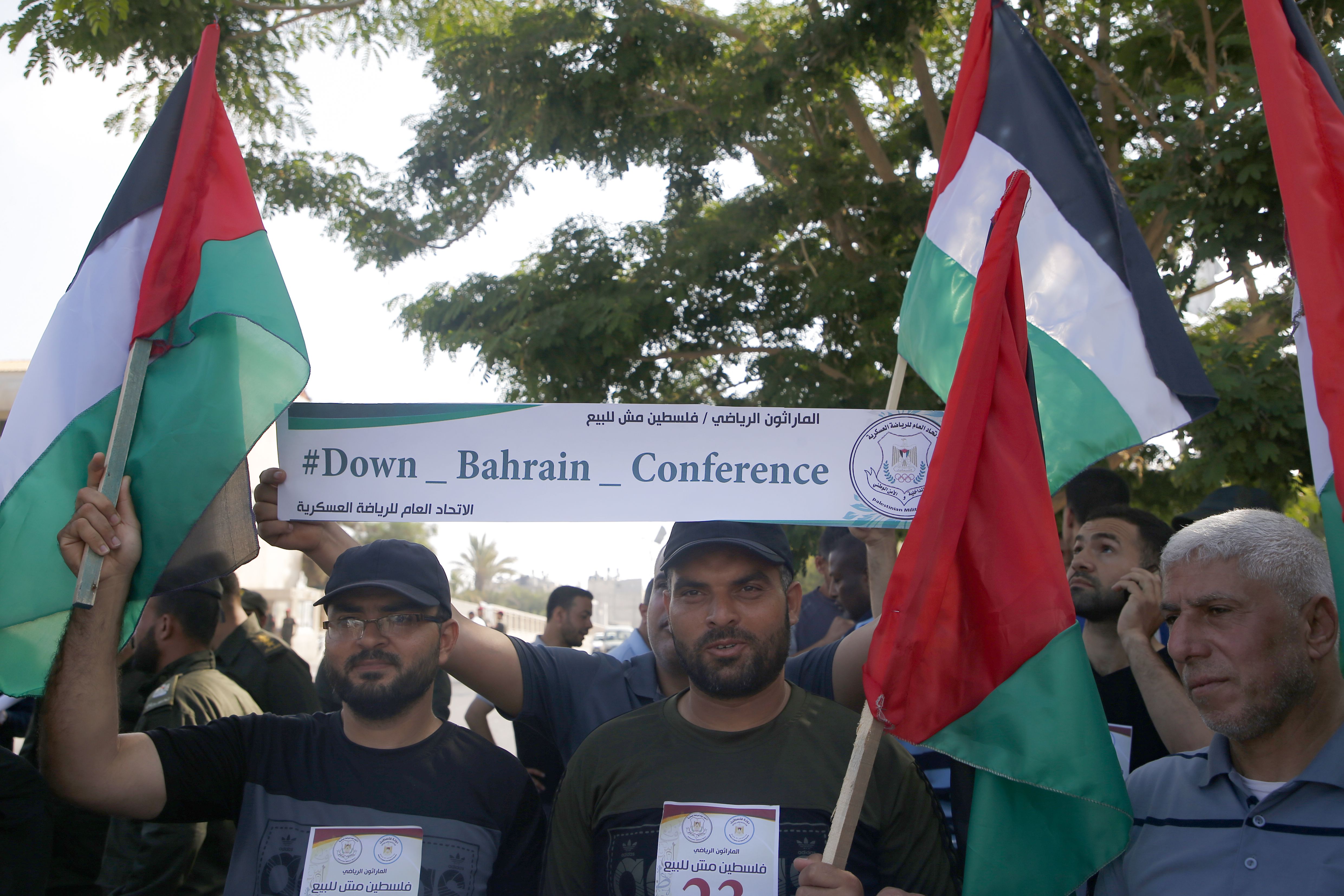 “Many on the Palestinian side, including President Mahmoud Abbas and the chief Palestinian negotiator, Saeb Erekat, say that the plan is dead on arrival and that engaging with it is tantamount to a Palestinian declaration of surrender. I ask: What’s wrong with Palestinian surrender?” Danon asked in his op-ed.

He went on to cite statistics from the World Bank that show Palestinian unemployment rates at over 30% total and over 50% in Gaza, adding that “the international community continues to shower the Palestinians with some $2.3 billion in development aid annually — more than most countries receive.”

Danon explained that chief Palestinian negotiator Erekat’s decision to “reject the term ‘surrender'” exposes “the uncomfortable truth about the Palestinian national identity: It is motivated not by building a better life for its people but by destroying Israel.” (RELATED: Inside The Ties Between Anti-Israel BDS Groups And Palestinian Terror Orgs)

“Yet a national suicide of the Palestinians’ current political and cultural ethos is precisely what is needed for peace,” Danon concluded. “The belief that the Jews have no right to the land and Israel is to be destroyed, which engenders a culture of hate and incitement, needs to end. … Surrendering will create the opportunity to transform Palestinian society, thereby leading to his people’s liberation.”

“We have [realized] that this economic workshop in Bahrain is going to be really of nonsense,” he said. “It is just simply a theoretical piece of work calling for $50 [billion]. We don’t know where this money is going to come from but we know that the economic problem in Palestine has to do with all the Israeli measures. … This workshop is simply a political laundry for settlements and a [legitimatization] of occupation.”